WILFRIED ZAHA says it is “degrading” for black people to have to take part in football’s symbolic attempts to eradicate racism.

Crystal Palace star Zaha is fed up that people of colour still have to go the extra mile to prove they matter as much as everybody else. 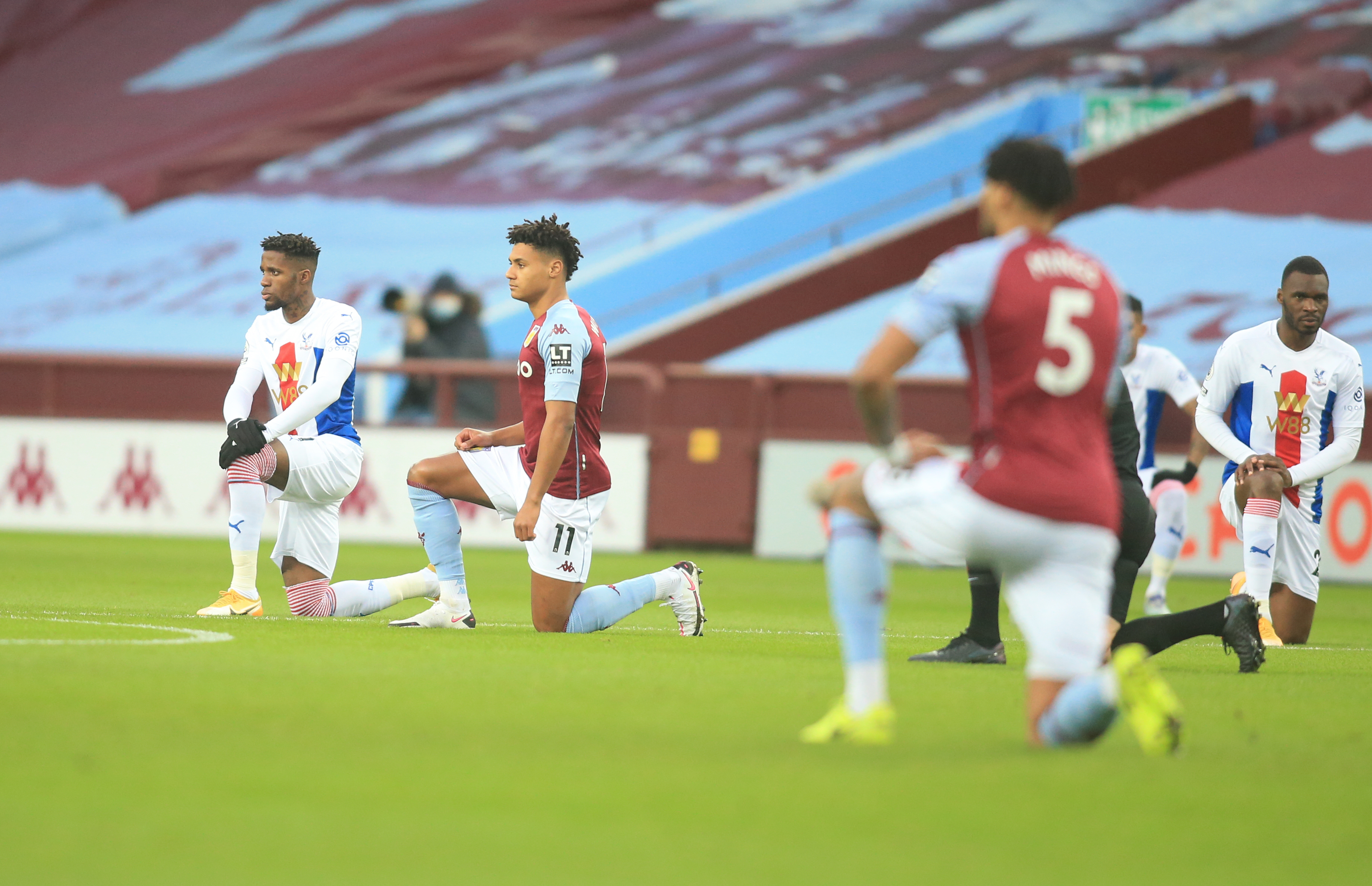 And he accused social media giants of a charade in their claims to be tackling race abuse online.

Zaha said: “The whole kneeling down – why must I kneel down for you to show that we matter?

“Why must I even wear black lives matter on the back of my top to show you that we matter? This is all degrading stuff.”

Zaha, 28, spoke out passionately on the abuse he has suffered as a footballer and how tiring it is when he, and others, are called on to speak out when there is no real change to combat the problem.

In an interview with the On the Judy podcast, the brilliant winger gave a glimpse at how painful and frustrating it is to see little real progress being made.

He added: “When people constantly want to get me to do Black Lives Matter talks and racial talks and I'm like, I'm not doing it just so you can put 'Zaha spoke for us'. Like a tick box basically.

“I'm not doing any more, because unless things change, I'm not coming to chat to you just for the sake of it, like all the interviews I've done.

"All these platforms – you see what's happening, you see people making fake accounts to abuse black people constantly, but you don't change it.

“So don't tell me to come and chat about stuff that's not going to change. Change it.

"All that stuff that you lot are doing, all these charades mean nothing.”

Zaha's comments come amid a spate of shocking racist abuse suffered by footballers.

Chelsea duo Reece James and Tammy Abraham are among those to speak out about being targeted.

And West Brom contacted the police last month as Romaine Sawyers suffered racist abuse after their loss to Man City.

There have been many more incidents.

Zaha, who was abused by a 12-year-old on social media last year, says the problems are being taught and claims even in school there are issues with the education offered.

He said: “Why do we just get a month for celebrating black people. Why just a month?

“When it comes to it, it's dumb. Like one month of Black History Month and what were they showing the kids in school? Kunta Kinte.

“And then you leave the class and we're calling each other Kunta Kinte. That's what man used to do.

“In that month, yeah, what are they teaching you? They're not showing you no kings. No, kings and queens of Africa and what we've done and what we've whatever.

“They're showing you guys tied up, guys trying to run away from white people, white people doing this with us and whatever.

“They're not showing you the kings and queens or whatever but then throughout the rest of the year, we're learning about King Henry and the wives he's beat.

“I'm just done with it. We've gone through racism for however long, and imagine how many times I've been asked.

“I've been getting abused, and it's like you know you're half the time football wise you're not abusing me because of football, you're abusing me just because you don't like my colour.”