Barty, the top women’s seed at Wimbledon, asked her apparel sponsor to design an outfit that paid tribute to Evonne Goolagong Cawley, the first Indigenous Australian woman to win the tournament. 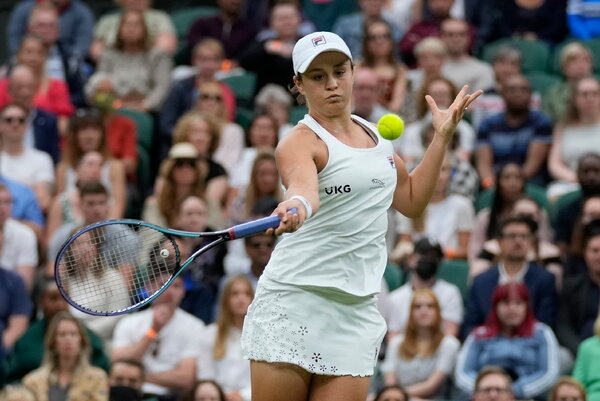 WIMBLEDON, England — As the top-seeded Ashleigh Barty looked forward to Wimbledon this year, she also looked back half a century. To another Indigenous woman from Australia. To a groundbreaking Wimbledon title. And, ultimately, to a hemline.