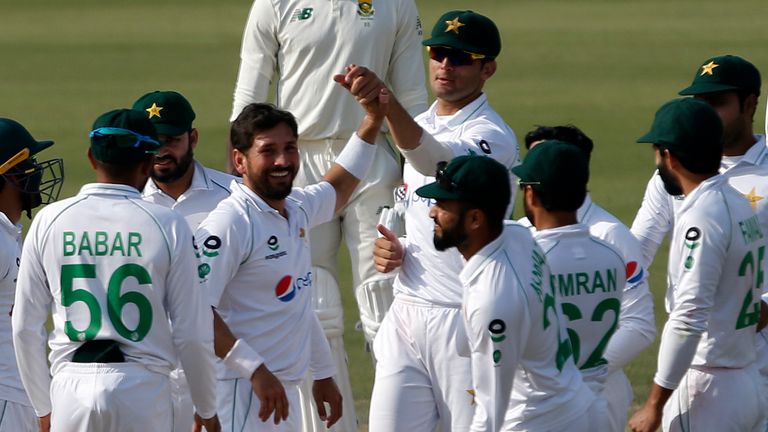 But Yasir Shah (3-53) then had van der Dussen caught close in and trapped Faf du Plessis (10) lbw, before silly mid-off by Abid Ali picked up his second catch as Markram played forward to Nauman Ali. 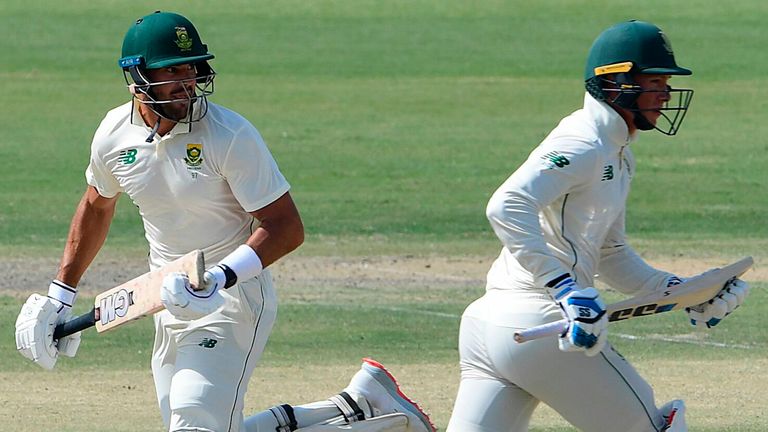 At stumps South Africa were 187-4 – a lead of just 29 – with captain Quinton de Kock and nightwatchman Keshav Maharaj at the crease.

Earlier Pakistan – at one stage 33-4 on day one – began the day on 308-8 and added 70 more runs in an entertaining session before lunch.

Kagiso Rabada (3-70) took his 200th Test wicket in his first over of the day when he uprooted Hasan Ali’s (21) middle stump as the batsman attempted a reckless pull.

But otherwise South Africa were frustrated as Yasir Shah (38no) and Nauman Ali (24) put on 55 for the final wicket.

Shah ensured Pakistan swelled the lead beyond the 150-run mark by smashing four boundaries and also lofting Keshav Maharaj (3-90) over long on for a six before the left-arm spinner ended South Africa’s woes by having Nauman trapped lbw.

Markram and Dean Elgar (29) put on 48 for the first wicket as South Africa sought to erase their deficit.

Elgar bedded in well until he was struck on the hand by Shaheen Shah Afridi. He never looked settled after that and was caught by wicketkeeper Mohammad Rizwan off Yasir.

The opener later travelled to hospital for an X-ray, which revealed no fracture.

Watch day four of the first Test between Pakistan and South Africa from 4.50am on Friday on Sky Sports Cricket.