Jo De La Rosa, an original cast member on The Real Housewives of Orange County recently shared that her path to the series came via a charity event. 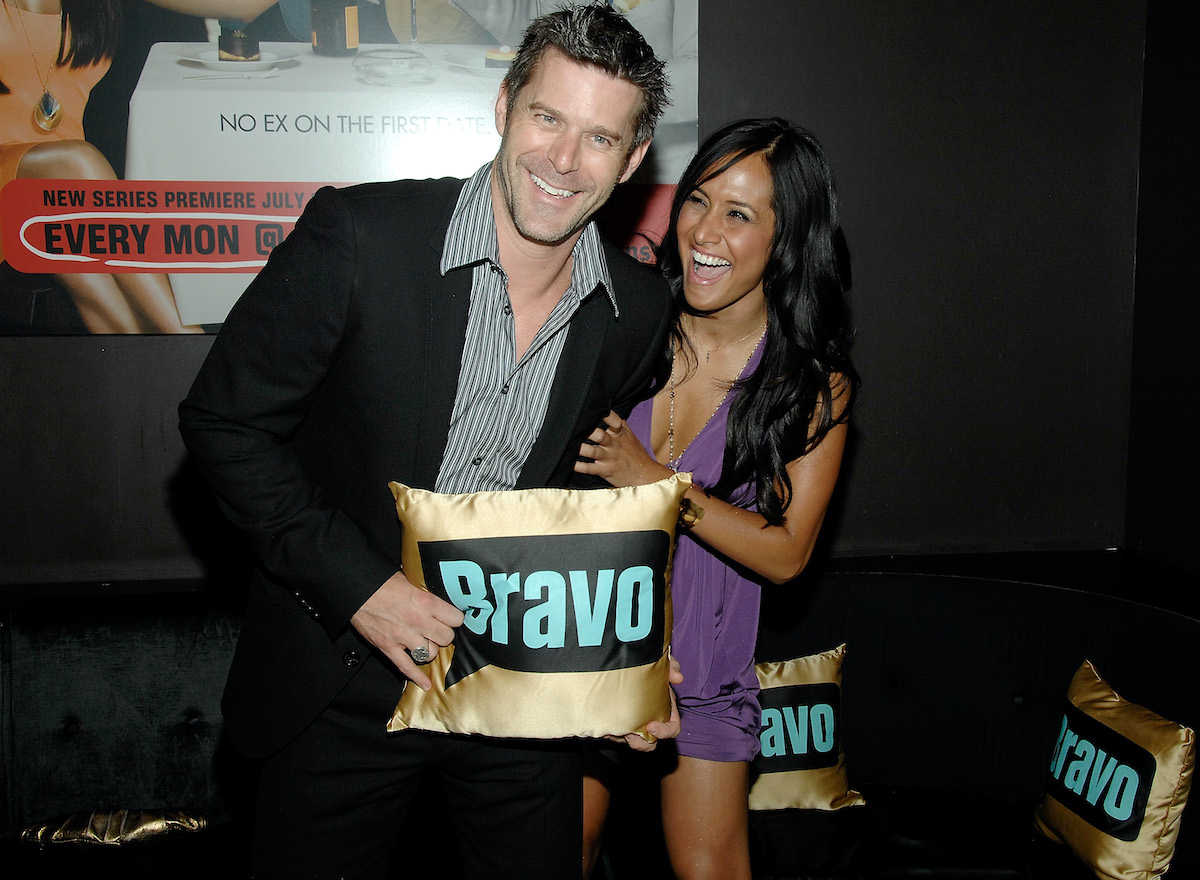 “So it was actually Slade [Smiley] that got us on,” she revealed on the Behind the Velvet Rope with David Yontef podcast. “He was at a charity event and I just knew that they were looking for like the fifth couple to cast.”

“And I guess, because we were really like, I was so young and he was older and there was this weird, like, you know, just interesting 15-year difference between us,” she continued. “They really liked that dynamic. And so Slade just came home one day and was like, ‘Hey, so I decided to move forward on this.’ And I was like, ‘You’re going to have cameras do what? Come into our house.’ You know? Cause back then reality was not a big thing.”

De La Rosa said she didn’t know how the couple was initially cast on the show. “I later found out that Slade actually bought a charity event ticket and that’s actually how we ended up on there,” she said. “I just recently found this out, reading an article actually. ‘Cause you know, I was so young then I really didn’t know. I didn’t ask a lot of questions. I just heard charity event and we were cast.”

Instead of producers seeking out Smiley and De La Rosa, it was Smiley who would seek out the opportunity to be on the show. “It was actually the charity event or he bought him a ticket I guess, to actually be the fifth couple cast,” she continued. “Like he bought our way into being a part of a cast basically.”

De La Rosa didn’t really know the details because she wasn’t at the event. But admits she never asked a lot of questions either.

“But yeah, nowadays it’s like reality shows are just … I mean, everybody has a reality show,” she said. “Or wants to be on a reality show or, you know, thinks it would be fun to try this world. And so I can’t even imagine like you go to an event and there’s like a ticket to be on Vanderpump or something!” De La Rosa ended up being the youngest Housewives cast member on the series at the age of 24.

Unlike most Housewives, De La Rosa quit on her own after only two seasons.

She left, “Because Slade and I broke up,” she said. “And so I really felt like the black sheep living in Orange County. I was always the girl that was rocking black nail polish and ripped jeans. Like I was a little more edgy and like, I just, I never really felt like I fit into like suburb life.”

“LA and I always had this love, love relationship,” she added. “And you know, it’s Hollywood. It’s the city of dreams and there was just this like mystery and allure to it that I wanted to go find. And so yeah, when Slade and I broke up and I got all these opportunities in LA, I 100% took it.”