Helen Skelton caught with her blanket in TV blunder

Helen Skelton was joined by temporary co-host Martin Hughes-Games on Wednesday evening for the third instalment of Summer on the Farm. Introducing the show, Helen mentioned that the weather was not on their side as she regretted her decision to wear jeans and a crop top. After the last advert break, Helen was caught with a huge blanket wrapped around her shoulders, as she exclaimed that she thought she had “got away with it,” with Martin calling her a cheat.

After returning from an ad break which gave an insight into what viewers could expect to see on tomorrow night’s show, Helen was left in a mess as she struggled to get rid of the blanket.

Running to try and hide the huge, grey blanket, she exclaimed: “Ah, I almost got away with it!”

Exposing his co-star, Martin revealed: “She has had this on all night, keeping herself warm, you cheat!”

Helen wasn’t the only one to feel the cold, as their cocktail specialist Callum Houston admitted to also making a wardrobe mistake. 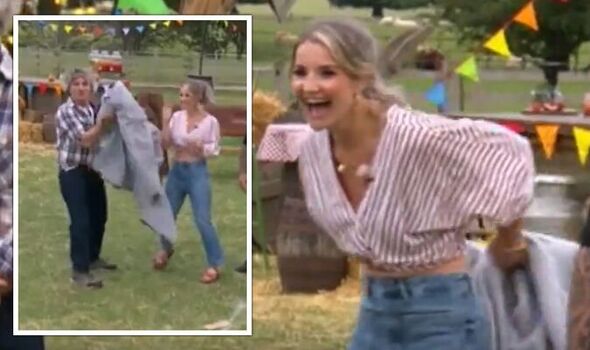 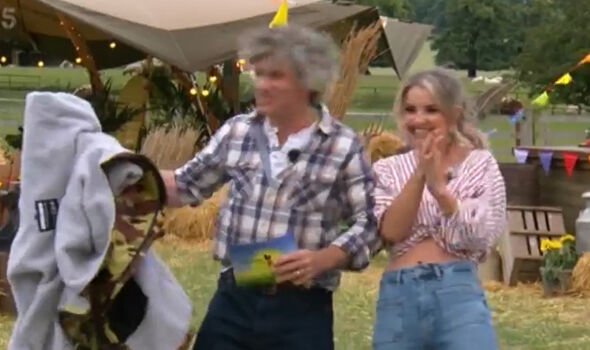 Before they tried the three drinks he had whipped up for them, Helen began: “Normally, there is nothing in this field other than animals.

“But we really made it into a summer fete and a celebration of fun, didn’t we.”

Martin quipped: “And it didn’t rain,” to which Helen quickly interrupted: “Yet, don’t jinx it!”

She added: “Before we get stuck into our cocktail punches, by the way, congratulations on the very funky shirt, it is a tropical flavour feel, but we underestimated the weather like me.” 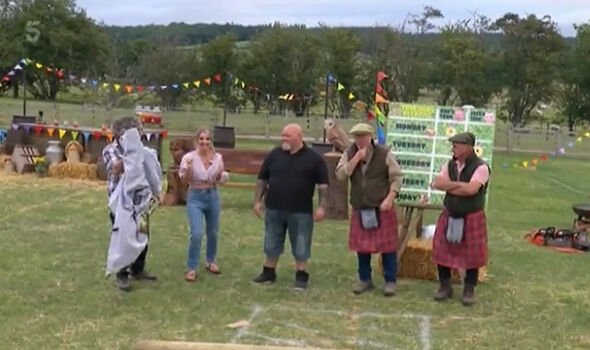 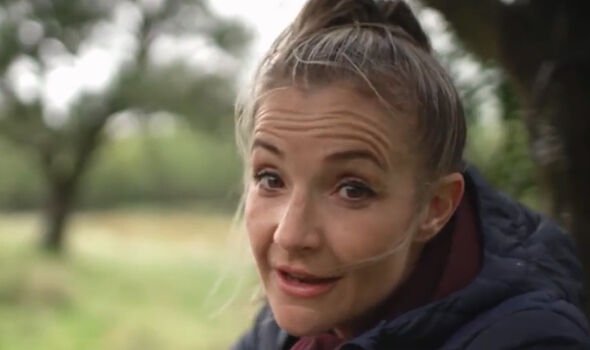 Callum laughed and agreed: “I was going to say I regret it now.”

This wasn’t the only on-air blunder that the show faced on Wednesday night, as their goats managed to escape their pen and ran riot around the set.

Helen explained: “We always say, this is live, anything can happen, and it usually does, as we went on air, the goats escaped.

“There were goats running all over the field, getting in shock, mucking things up. Dave spent about 10 minutes trying to get involved, our lovely security men tried to catch the goats.

“Several other men from our crew got involved, they were chasing the goat around, Ruth just wandered over, caught the goat and lifted it over the fence.”

On Monday night, Helen took herself back to her Cumbrian roots and took viewers on a walking tour of the Lake District and talked about facing certain storms.

She recently split from her husband Richie Myler after eight years, releasing a statement via her Instagram page.

The Countryfile star penned: “Very sad to say that Richie and I are no longer a couple. He has left the family home.

“We will be doing our best to co-parent our small children.”

During the show and her trip to Cumbria hiding from the rain, she expressed: “There’s something really grounding about embracing the elements and doing your day anyway.

“It’s a good lesson for life, you know, life throws things at you that you don’t want to have to deal with, sometimes you find yourself in a storm that you don’t really want to be in.

“And if you can find a way to muddle through, you’ll come out the other side, the sun will always come out in the end.”