Big Brother returned slightly down in viewership from its previous episode on Thursday, but reined in Sunday ratings with a 1.0 in the 18-49 demo and 3.87 million viewers, per fast affiliates. The CBS reality series also rose one tenth in demo rating and about 4% in viewers from the previous Sunday.

ABC’s Celebrity Family Feud returned to its Sunday primetime slot victorious, marking the most-watched program of the evening. The game show’s latest episode (0.6, 4.55M), which featured Vivica A. Fox, Bill Bellamy and more, was also up from last Sunday.

Also in the 8-9 p.m. time slot, where the first hour of NBC’s America’s Got Talent programming, The Simpsons on Fox and a new installment of DC’s Legends of Tomorrow on the CW.

Larger viewership remained a thing of early primetime as the evening progressed. ABC continued to hold impressive viewership with its game show programming, with The Chase taking the highest rating and most viewers in the 9-10 p.m. time slot. To Tell The Truth (0.5, 3.10M) also helped ABC take the highest-rated and most-watched program in the following hour.

The winner of Fox’s animation-filled Sunday evening was, Family Guy at 9:30 p.m. (0.2, 0.78M). Though it matched the rest of the Sunday animation slate ratings-wise, Family Guy bested the rest as the most-watched program for Fox.

NBC earned an average 0.3 demo rating and 1.92M viewers over its three-hour America’s Got Talent coverage.

After DC’s Legends Of Tomorrow, the CW had a very quiet night. Wellington Paranormal and the season finale of Dead Pixels both earned a 0.0 demo rating, with the former slightly passing the latter in viewership. 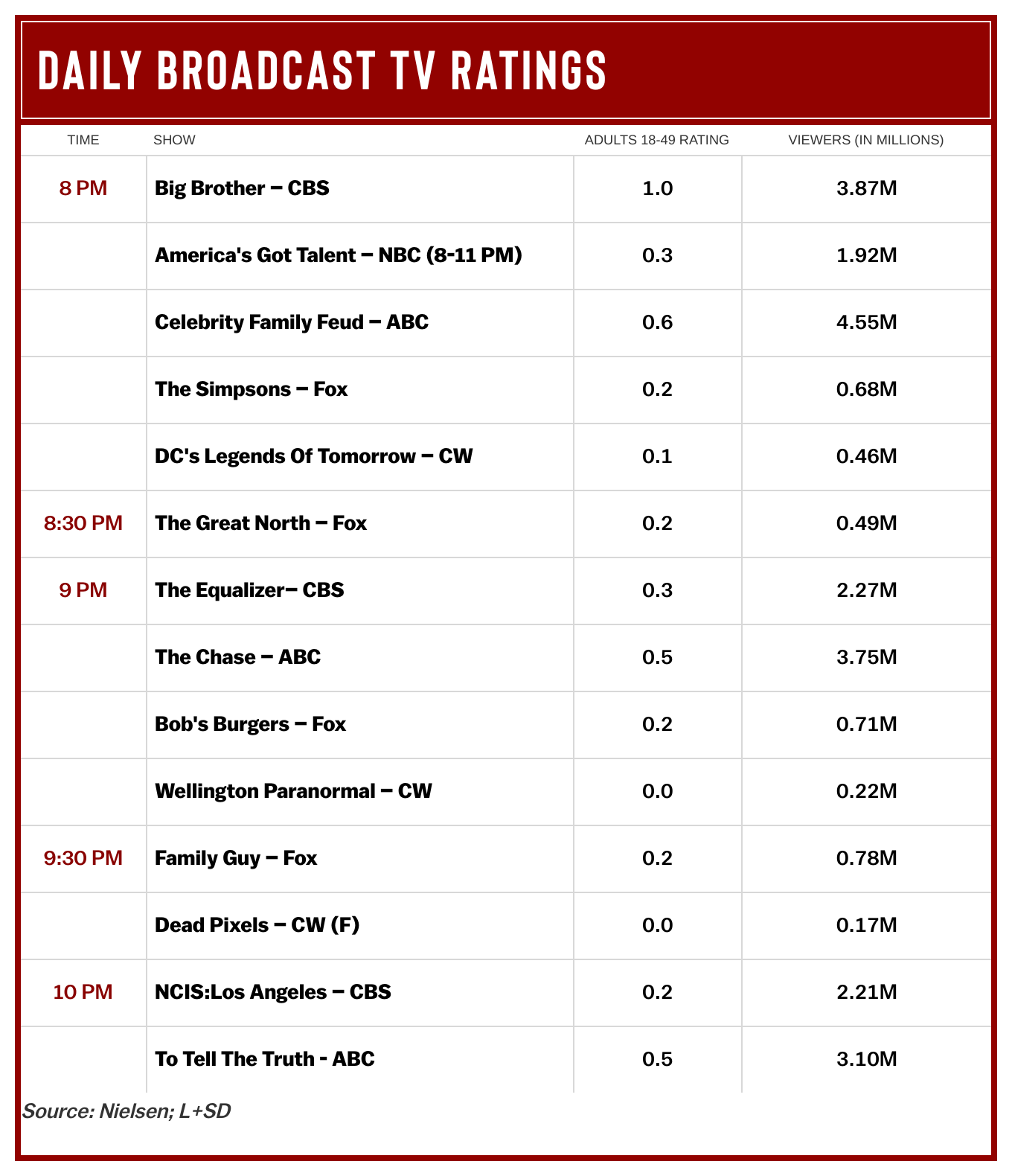