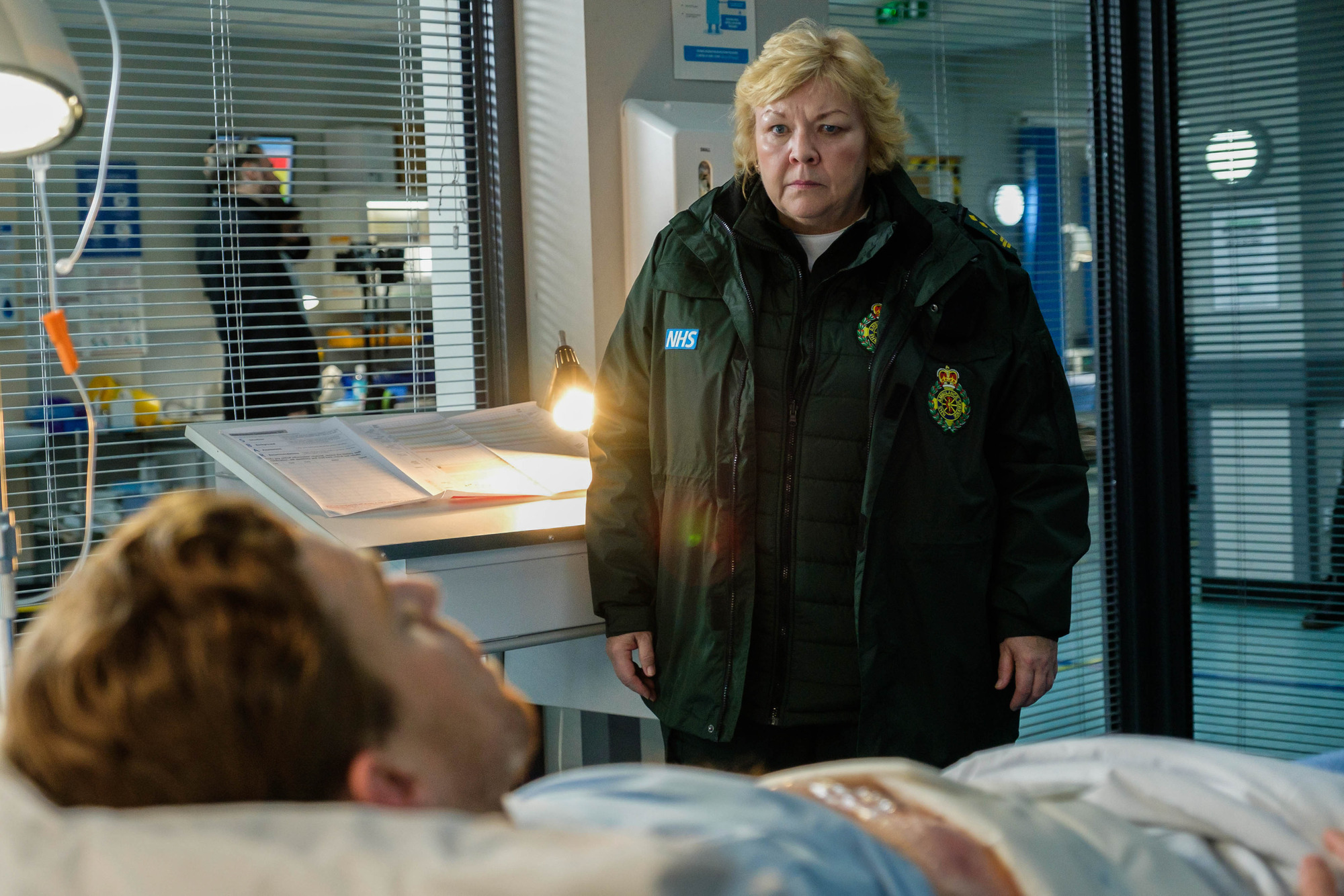 There’s a tense family reunion for Jan (Di Botcher) in tonight’s Casualty as her son Ross (Chris Gordon) is brought into the ED. Ross is currently serving a prison sentence for drug offences, so Jan immediately worries that his injuries have been inflicted on him by the other prisoners, despite Ross insisting it was an accident.

Although Jan’s wife Ffion (Stirling Gallacher) warns her against being taken in by Ross yet again, she finds it impossible to keep her distance. As she discovers more about what’s been happening to him, she realises he’s in danger – but when he asks for her help she has a massive moral choice to make. Will she ignore Ffion’s advice and risk everything for her son?

Comedian Rosie Jones guest stars as Paula, a woman with a chaotic lifestyle. There’s more to Paula than just drinking, bad behaviour and anger, as the staff begin to discover more about her story.

But while Jan starts to get through to her will she be able to follow through with her promises, or will she be yet another person who lets Paula down?

Faith (Kirsty Mitchell) and Lev (Uriel Emil)’s marriage is the talk of the department – as is the attraction between Faith and Dylan (William Beck).

All of this is making Lev increasingly frustrated and cross, and when he overhears a conversation between Dylan and David (Jason Durr) it’s the last straw – Lev’s ready to explode!

Marty (Shaheen Jafargholi) wants to step up and take more responsibility, so he shadows Faith for the day. But when she’s temporarily distracted, Marty is left to manage on his own. Will he sink or swim?

After Connie (Amanda Mealing) caught her daughter Grace (Emily Carey) and paramedic Leon (Bobby Lockwood) in a compromising situation last week, she’s on the warpath. Leon is shocked to hear from her that Grace is only 16 and he faces the wrath of Lev as well as Connie.

Sue Haasler is the author of five novels and the official BBC Holby City book, which you can read about here.