THE STARS are shining bright at the Inside Soap Awards with the best of British telly celebrating what has been an unmatched year in soap drama.

Hollyoaks star Jennifer Metcalfe looked stunning as she led the ladies in an emerald green dress with a thigh-high clit, keeping her hair simple with an up-do but adding some vampy energy with a smoky make-up look.

Chelsee Healy also dared to bare at the event in a lace dress and black shapewear with a plunging neckline as she posed on the carpet in London. 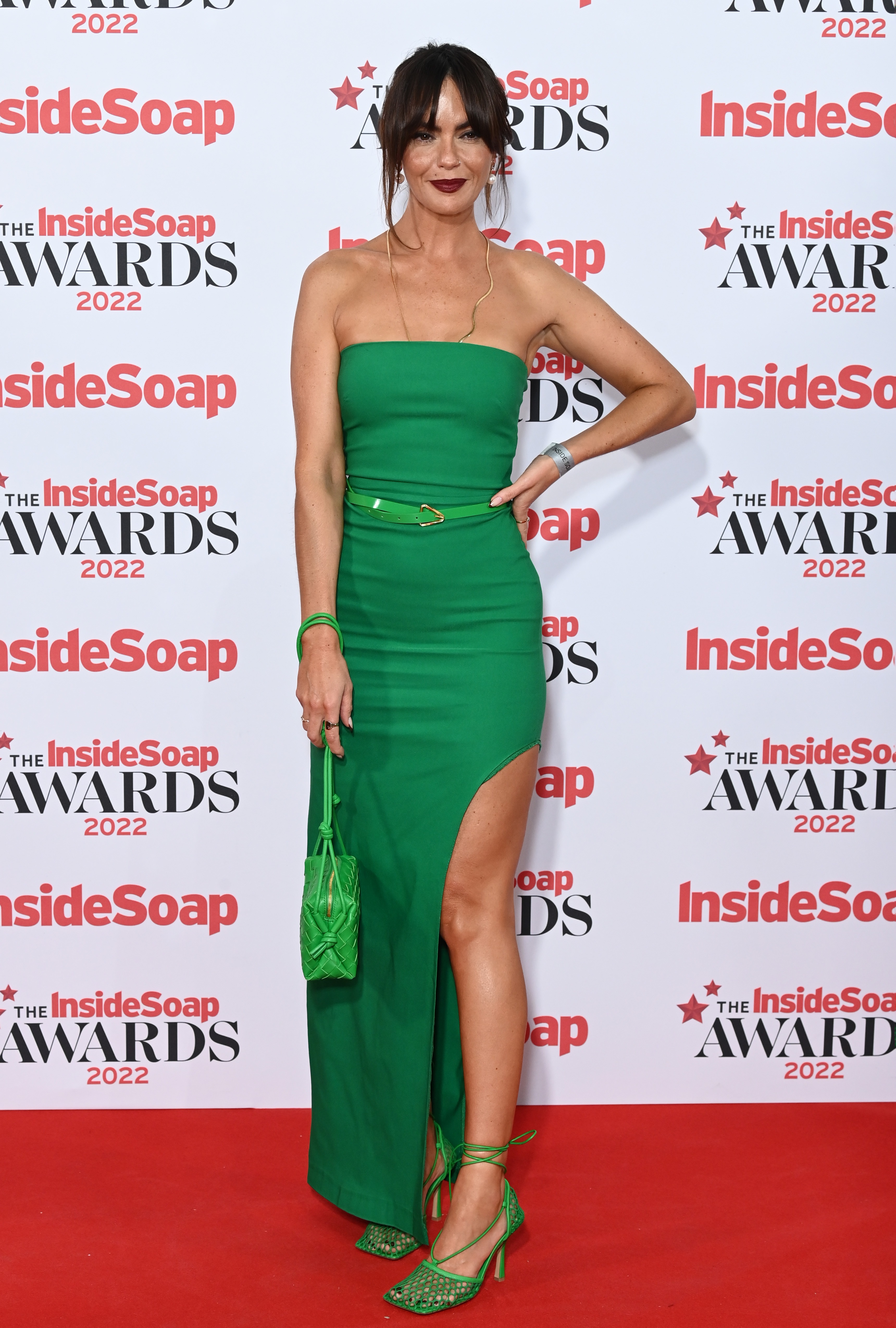 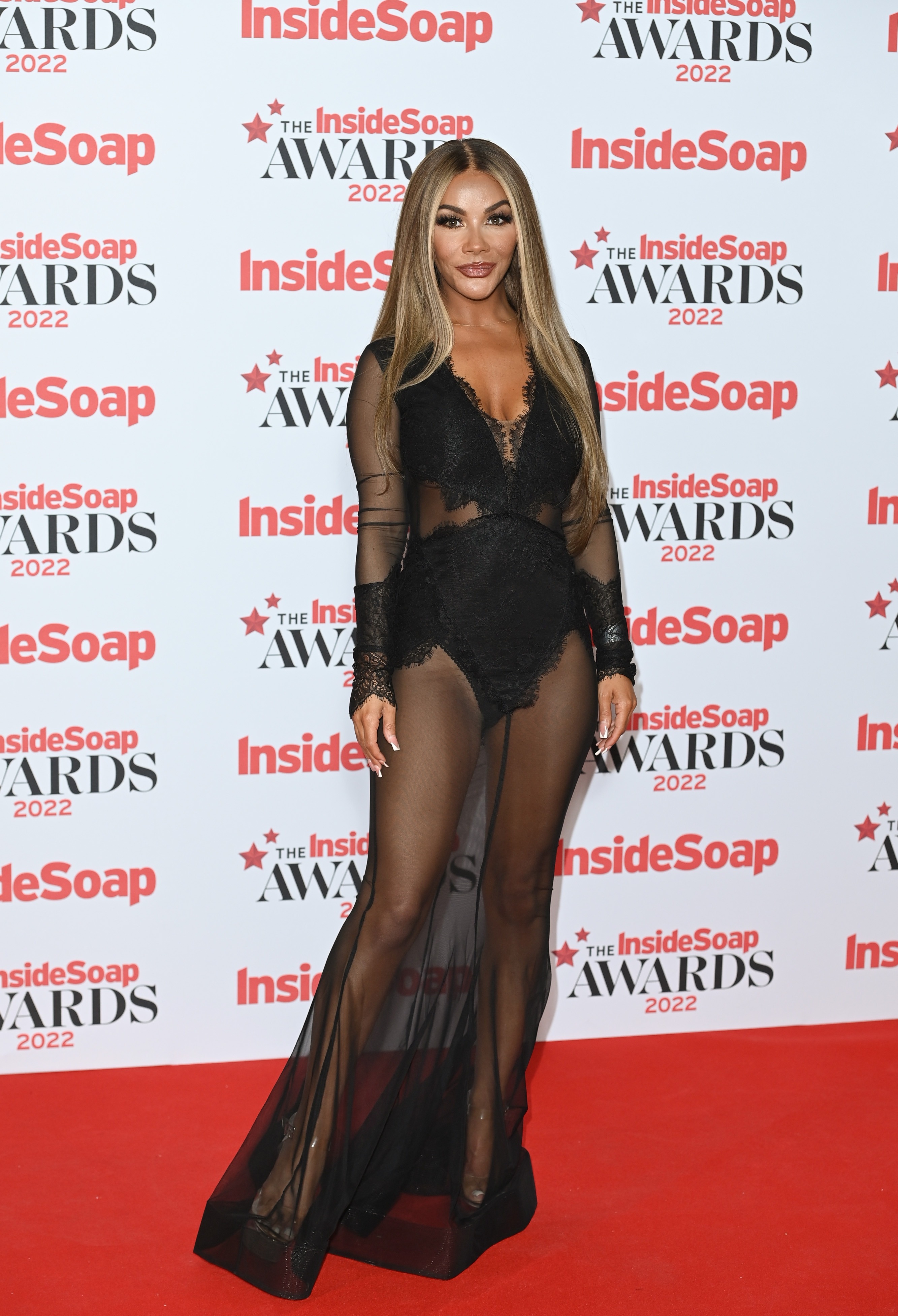 Emmerdale and Corrie stars led the glam at the bash, held in London this evening, where EastEnders took some of the biggest gongs going of the night.

It looked like it was all about a twist on the classic little black dress this evening, with Anna Passey wearing a short dress paired with knee-high boots for her look, while Elle Mulvaney wore a tight floor-length dress with a thigh-high slit and dark make-up.

EastEnders' Millie Zero added a pop of colour to the proceedings with a beautiful blue babydoll-style outfit comprised of a top with puffy sleeves and a mini skirt. She posed up a storm on the carpet with beige heels to match her clutch bag.

Coronation Street's Channique Stirling-Brown was also a member of team LBD, wearing a classically styled evening dress with her hair up as she beamed for the cameras.

EastEnders favourite Lorraine Stanley merged comfort and style with a colourful smock dress, paired with fluffy black flats (that's one way to beat the aches and pains of a night in heels!).

Jacinta Stapleton also caught the eye in a classic red with a distinctive curled neckline that plunged down her torso.

Love Island's Chloe and Toby SPLIT after a year together

The heartbreaking reason Strictly's Jayde insisted she was paired with woman

EastEnders rode high at the Inside Soap Awards 2022, taking the highly sought-after ‘Best Soap’ trophy, along with ‘Best Actress’ for Gillian Wright, for her portrayal of Jean Slater.

Among the winners, Heather Peace – who wore a simple and stylish all black outfit of trousers and a silky shirt – was named ‘Best Newcomer’ for her portrayal of Eve Unwin.

Elsewhere, Emmerdale – which celebrated its 50th birthday this week – continues to ride a wave of success.

Mark Charnock was awarded ‘Best Actor’ for his portrayal of Marlon Dingle’s fight back from a debilitating stroke – which was also named ‘Best Storyline’. 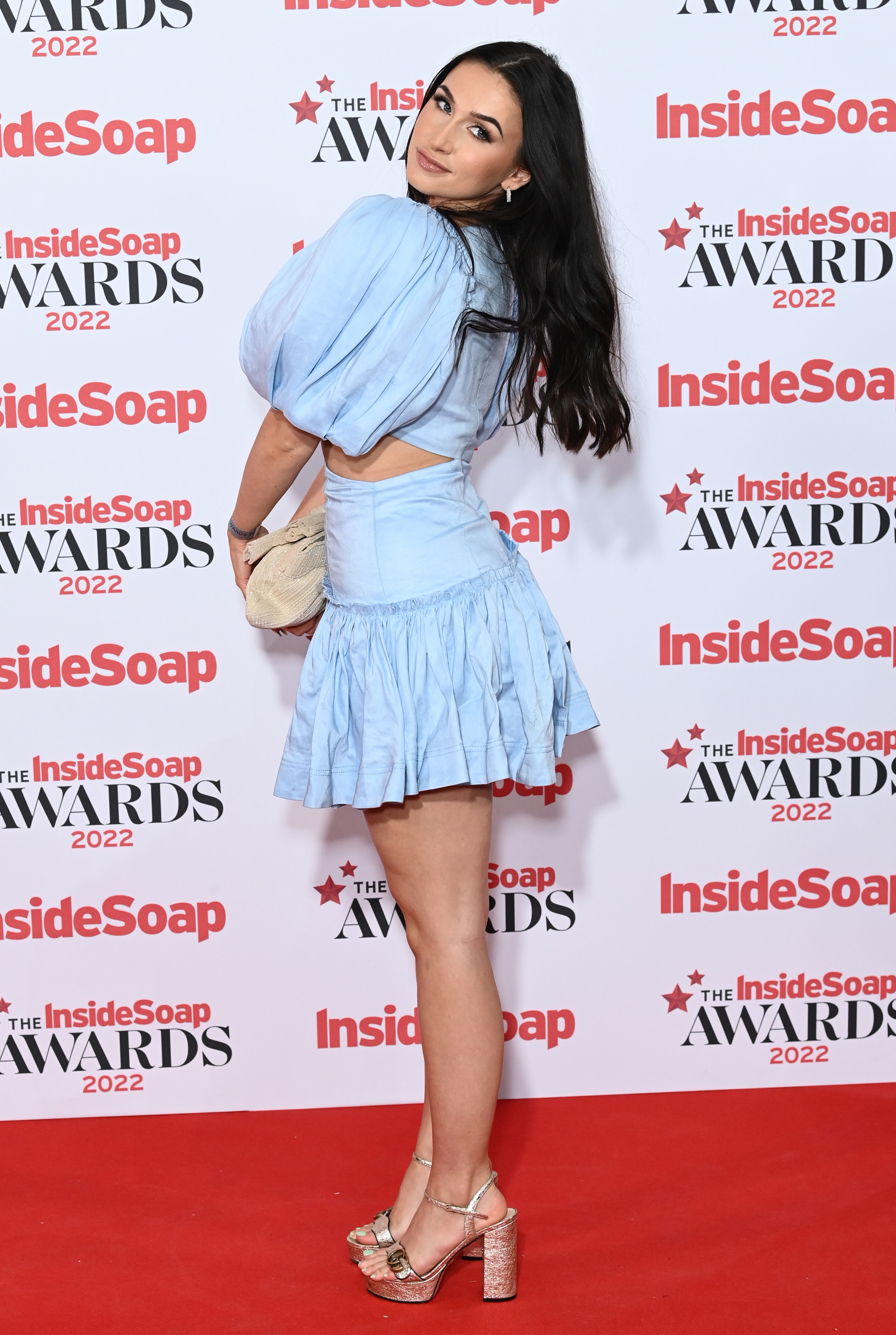 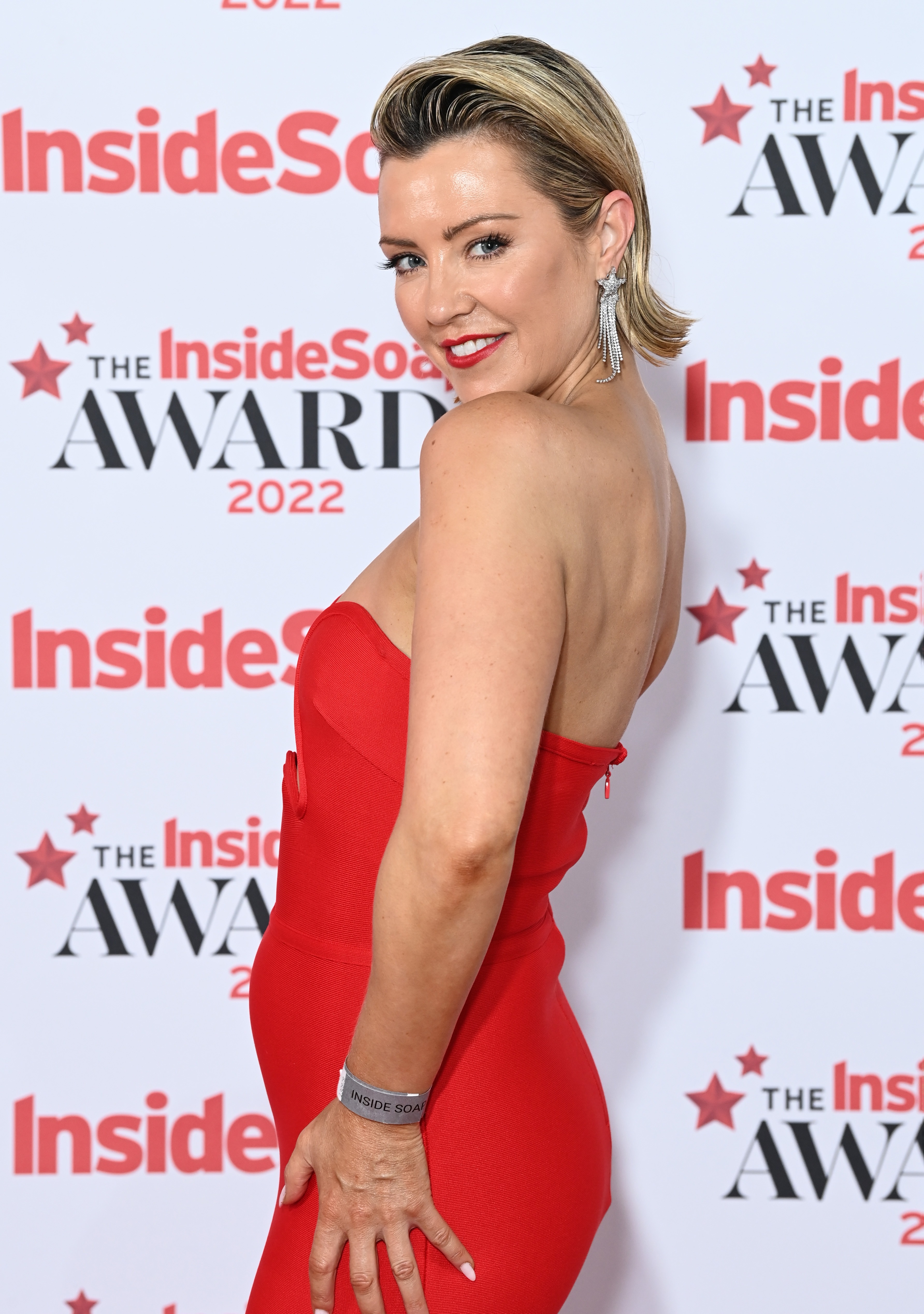 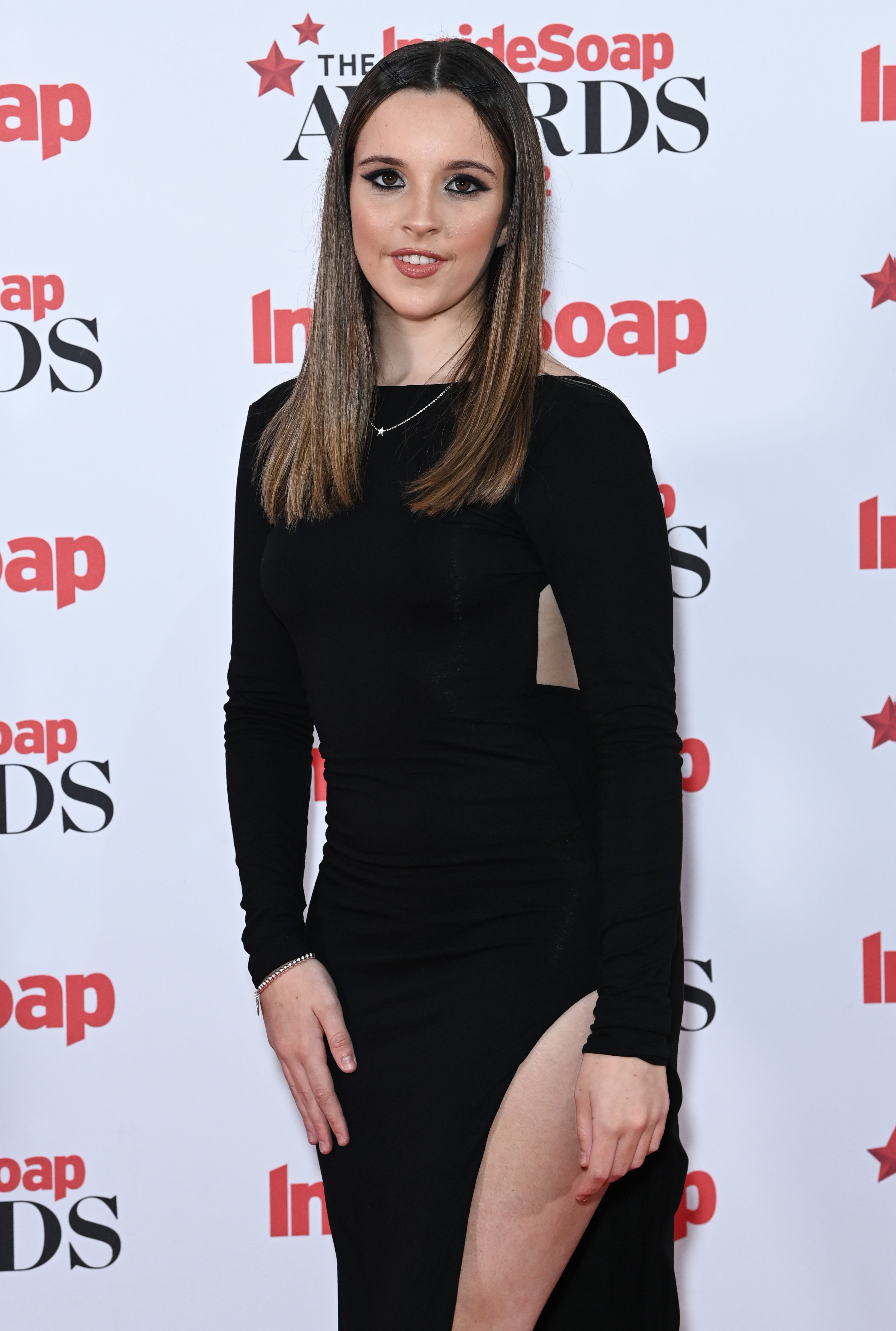 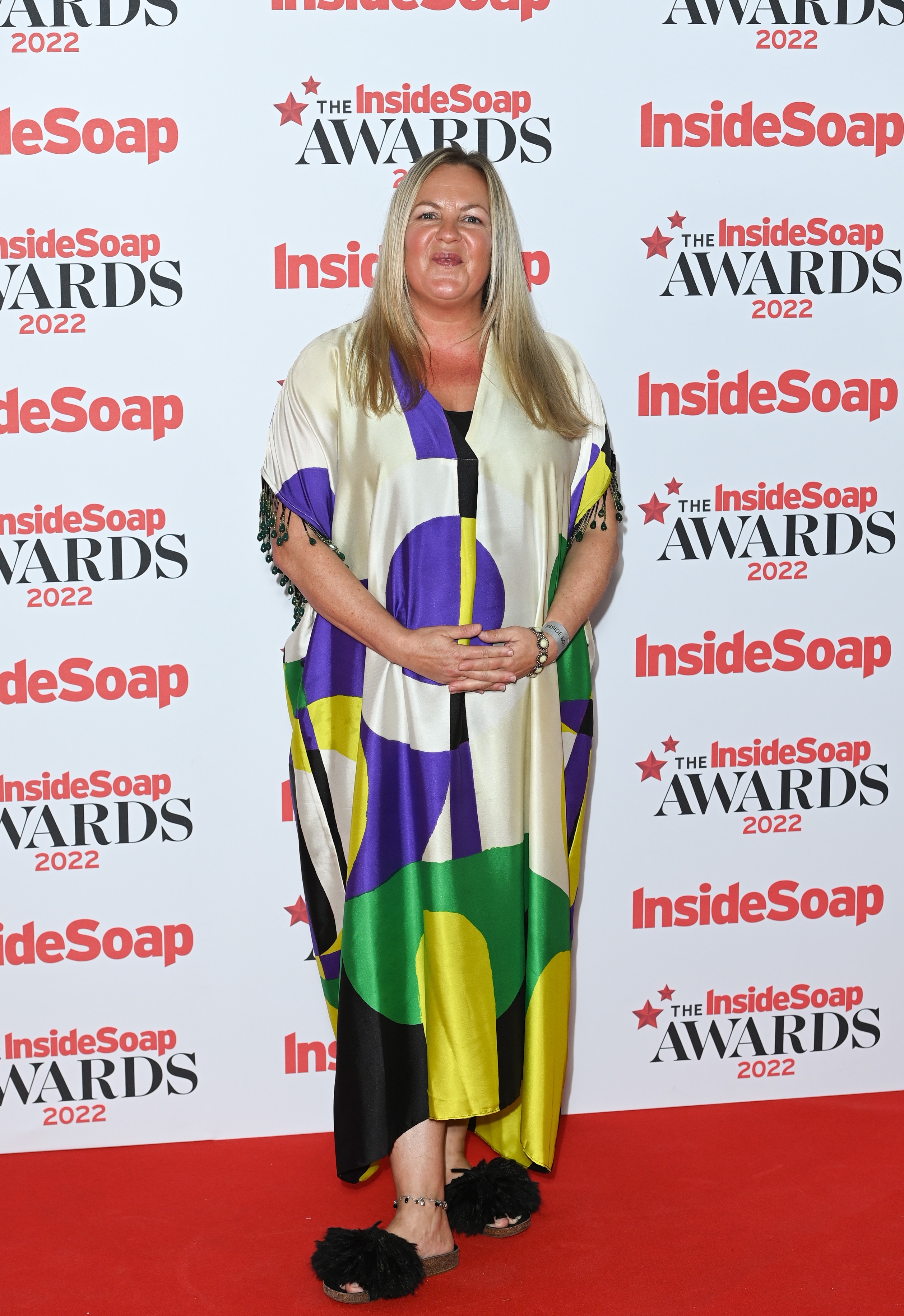 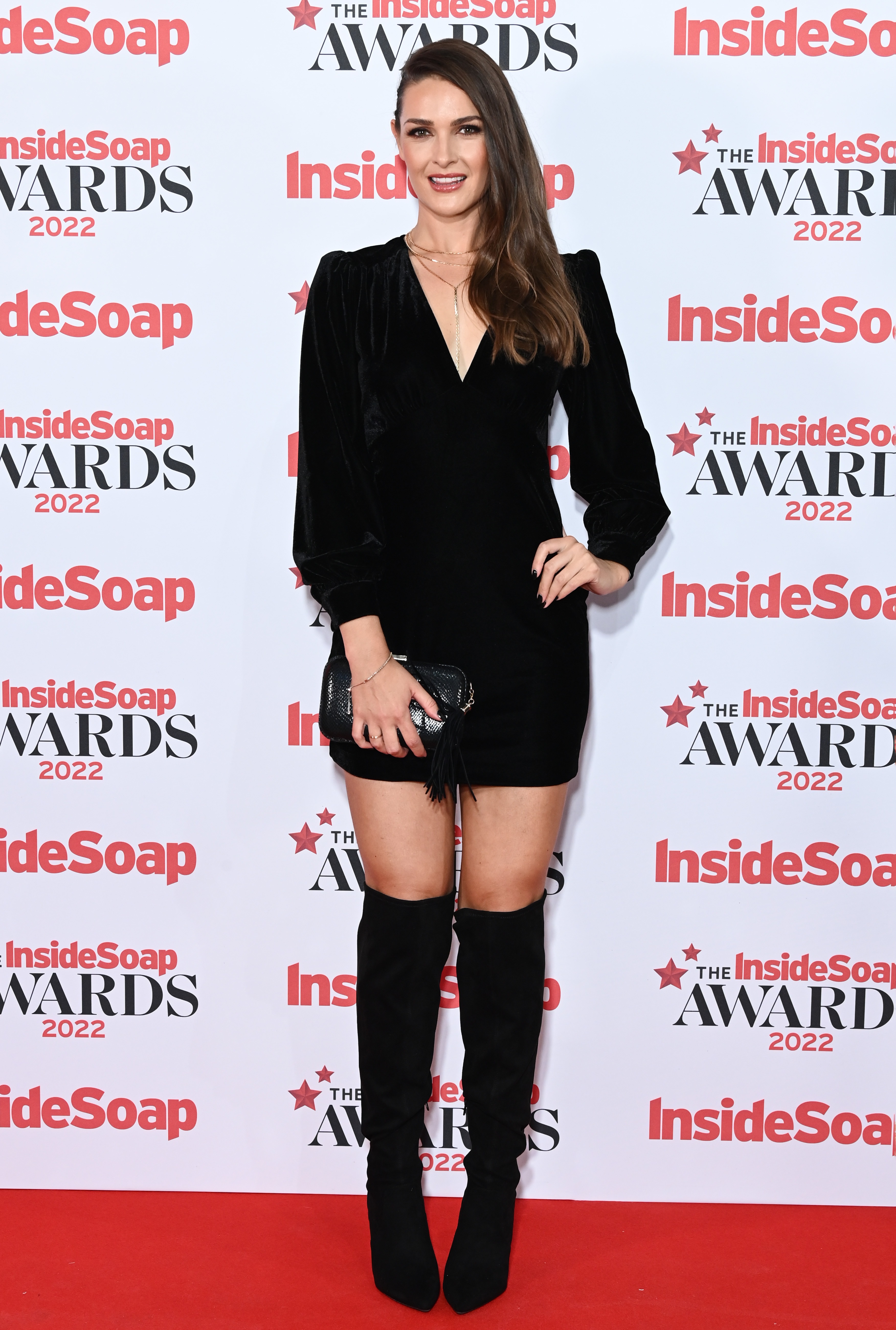 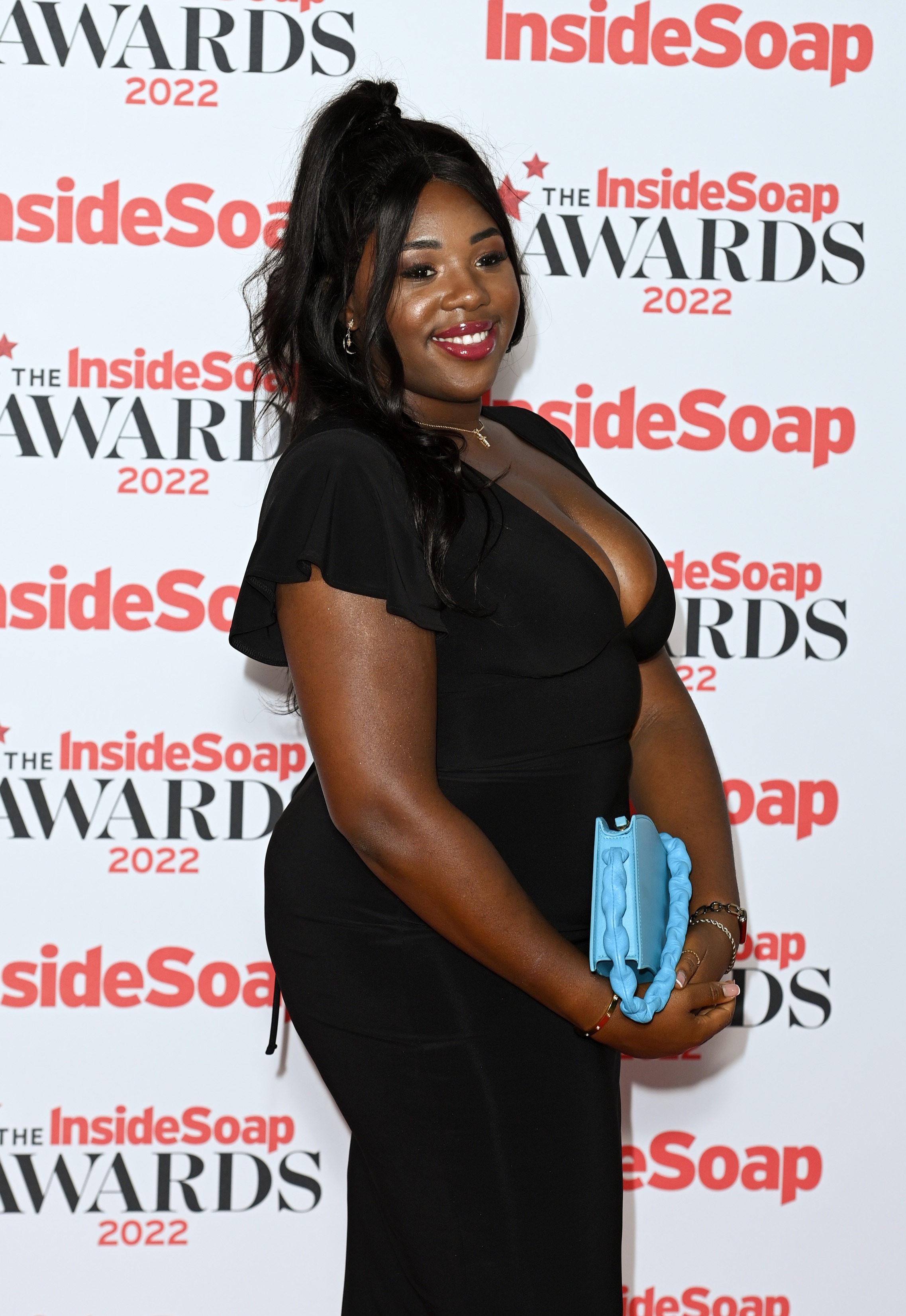