Fiz (played by Jennie McAlpine) was dealt a huge dilemma a couple of weeks ago on Coronation Street when Tyrone (Alan Halsall) inadvertently asked Alina Pop (Ruxandra Porojnicu) to move in with him and his family. Although his partner was extremely hesitant at first, knowing the young woman was homeless and what a kind heart she had, the former Underworld worker opened up her home. However, when their new house guest suddenly packs her bags in upcoming episodes on the ITV soap, it seems the mother-of-two is about to discover why her other half has been acting so mysterious.

The drama kicks off next week when Tyrone confides in neighbour Dev Alahan (Jimmi Harkishin) about his new living arrangements.

As the men get to talking, the father-of-two admits he wishes he hadn’t asked a complete stranger to move in as he can’t relax.

When he returns home, the mechanic is left in a fluster when he spots Alina emerging from the bathroom in just a towel.

Worried it might look suspect, he hurries out the house but his reaction doesn’t go unnoticed by his grandmother.

Evelyn Plummer (Maureen Lipman) tells her grandson he has to get rid of their new houseguest as there are too many women in the house. 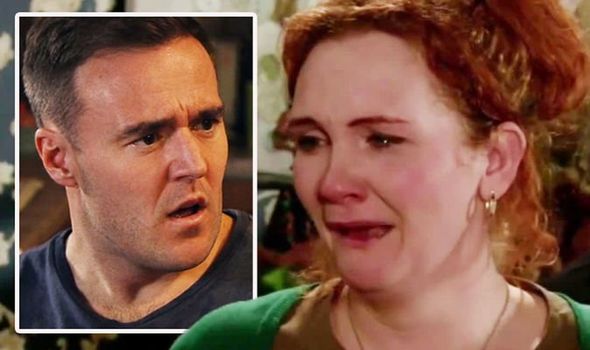 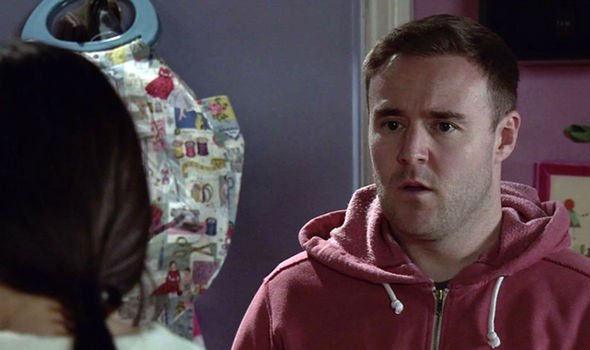 Knowing he has to ask Alina to leave, the mechanic returns home and has a heart-to-heart with the young woman.

The father-of-two tells her he has asked Debbie Webster (Sue Devaney) if the Underworld Factory worker can return to the fact she used to rent above the hair salon.

With the property developer in agreement, this means there is no longer any reason for Alina to live with Fiz and her partner.

However, when the mother-of-two notices their house guest packing her bags, she is left stumped as to why Tyrone wanted her gone. 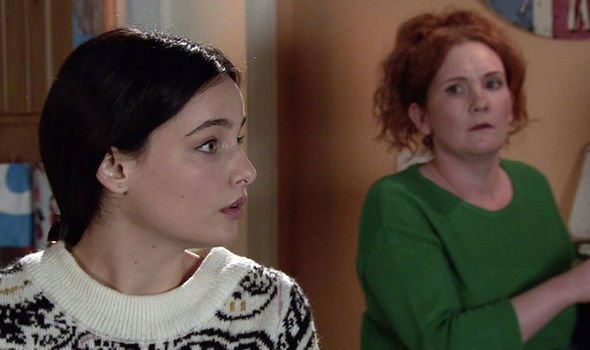 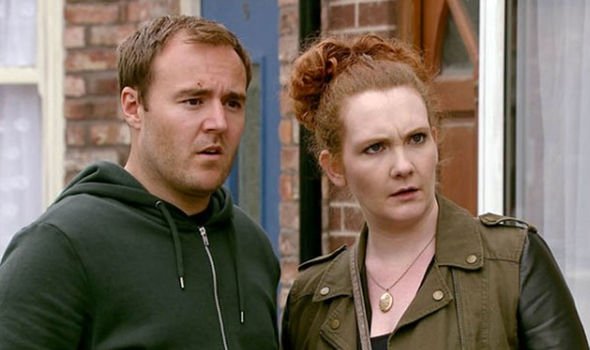 I want to be Tyrone and Fiz

Is Fiz about to put two and two together and realise her other half was harbouring a secret crush on the young woman?

Their relationship has been tested many times over the past few years but this could be their greatest yet as Tyrone might admit his head has been turned.

Unable to live with the fact her partner fancies Alina, the mother-of-two could turf the mechanic out of the house.

The actors who play the beloved couple have previously spoken out about whether their characters draw comparisons to the romance between Jack Duckworth (Bill Tarmey) and his wife Vera Duckworth (Liz Dawn).

Alan, the actor who plays Tyrone, said: “I’ve heard it for years, but they’re out there on their own, and actually I don’t want to be the new Jack and Vera – I want to be Tyrone and Fiz.

“They were wonderful characters that I grew up with and I’d like them to be out there on a pedestal, high above us.”

The actress who plays Fiz, Jennie, added: “It’s lovely that we refer to them in stories like this because they’re part of the history of the show.

“But no, we’re just us,” she told TV Times, so does this suggest the beloved couple will call time on their relationship?

Although Jack was quite the ladies’ man during his time on the cobbles, Vera always took him back time-after-time.

Having had numerous failed relationships before finally settling with Tyrone, Fiz might not want to be betrayed by another man again.

However, will the mechanic be able to do enough to convince his partner that he really does love her and not Alina?

Might he end up popping the question to show Fiz he wants to spend the rest of his life with her?