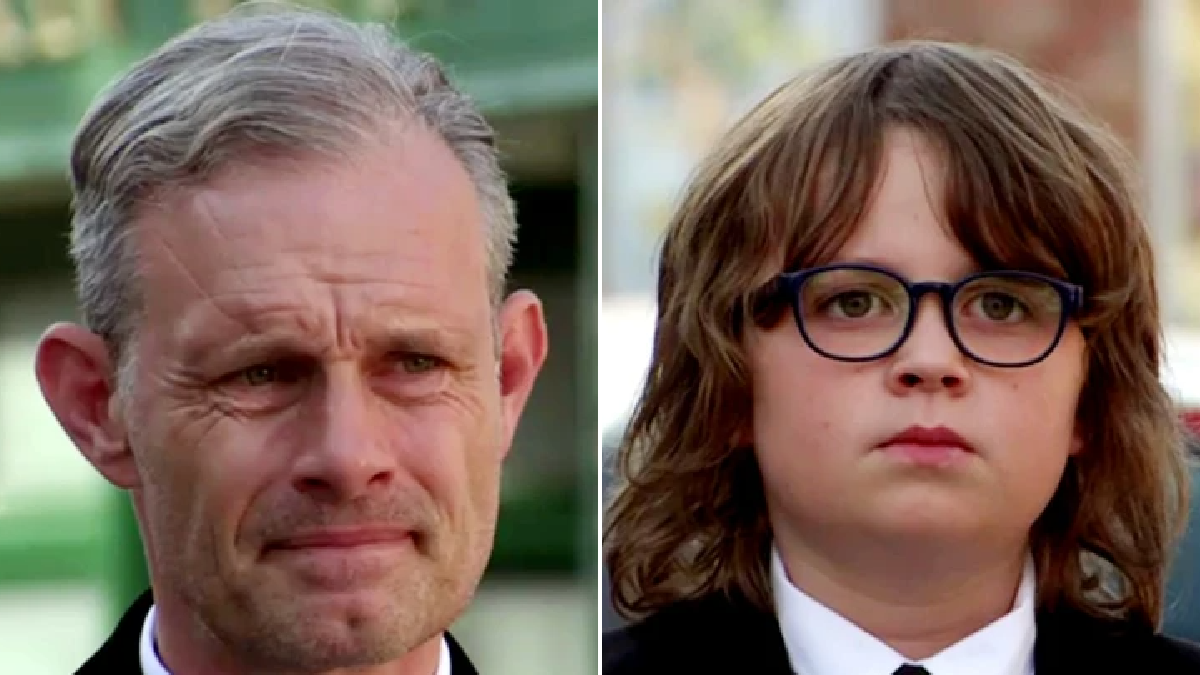 The young lad is experiencing mutism and hasn’t spoke to anyone since visiting the funeral parlour.

Tonight, Leanne and Nick struggled to communicate with Sam, unable to establish whether he wanted to attend the funeral as he wasn’t talking.

Eventually, Sam appeared from the bathroom dressed in his suit, ready to go.

Arriving in Weatherfield, Sam held his dad’s hand as the funeral car pulled up.

After saying their goodbyes, Sam, Nick and the family gathered in the bistro.

What is mutism, traumatic mutism and selective mutism?

The NHS definition for selective mutism is:

‘A severe anxiety disorder where a person is unable to speak in certain social situations, such as with classmates at school or to relatives they do not see very often’.

A child or adult with selective mutism does not refuse or choose not to speak at certain times, they are literally unable to speak.

In time, the person will learn to anticipate the situations that provoke this distressing reaction and do all they can to avoid them.

The main sign a child is experiencing mutism or selective mutism is their change in ability to engage with people.

What is the difference between selective and traumatic mutism?

Selective mutism is a fear of talking to certain people. The cause isn’t always known, but it is known to be associated with anxiety.

Many children become too distressed to speak when separated from their parents and transfer this anxiety to the adults who try to settle them.

Children with traumatic mutism usually develop it suddenly in all situations. They will suddenly stop talking in environments where they previously had no difficulty.

An example of a traumatic situation for a child would be the death of a grandparent or parent. If they are unable to process the event, they may become mute in all settings.

A GP will organise speech and language therapy for a child with mutism. It is sometimes called ‘talking therapy’.

In older children or adults, a GP may admit them to a mental health professional or an educational psychologist.

Sat on his own, Sam silently handed Nick a piece of paper – his eulogy.

The eulogy included Sam reminiscing about his life where it was just him and his mum.

Also, Sam’s words saw him call Natasha a ‘shooting star’, but explained that now the ‘star’ has died, he’s ‘fallen into a black hole’ and doesn’t ‘know how to get out’.

Nick’s heart broke, aware his son is feeling so lost and alone.

As Sam’s grieving process continues, can Nick find a way to get through to him?