Back in February, Countryfile presenter Adam Henson left BBC viewers devastated when he revealed his beloved sheepdog Peg was going to retire. He became concerned for the family dog after her eyesight began to deteriorate. During Sunday night’s episode, Adam began looking for a new sheepdog but made a candid admission about Peg’s future.

Whilst walking his three family dogs, Adam explained: “You may remember a few weeks ago I found out that Peg, my trusty old sheepdog here, is going into retirement.”

In a flashback clip of Peg at the vets, Adam observed: “Candice has got the torchlight on the cupboard and Peg can definitely follow it and is looking at it.

“There may be some dulling in her vision on one side.”

Back to the present, Adam continued: “So I am now on the hunt for a new sheepdog, and I have got a few ideas, so once I have taken these three for a walk, I am going to check them out. 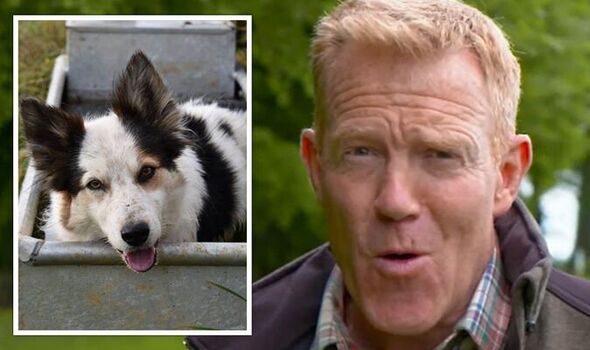 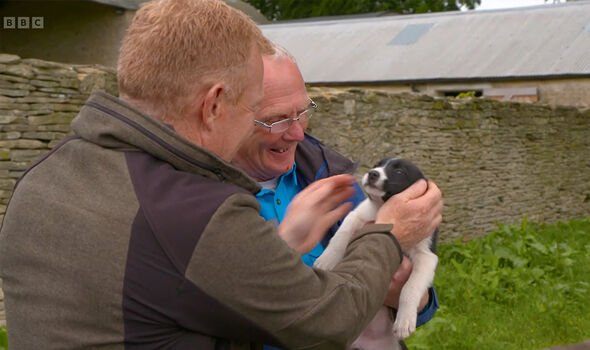 “It has been a long time since I have shopped around for a new sheep dog, so I am in need of some advice.

“Thankfully, I have the perfect friend to help, in Dick Roper, the legendary trainer in sheepdogs over the years.

“Today, I am visiting Dick’s farm at different stages of sheepdogs life to give me an idea of what age of dog I should be shopping for.”

When arriving at the farm, Adam was presented with three puppies who were just 12 weeks old, ready to be trained as sheepdogs. 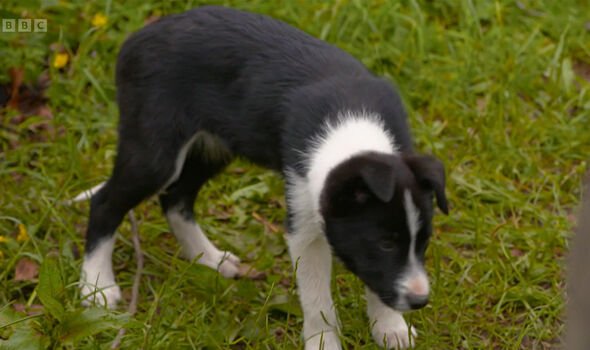 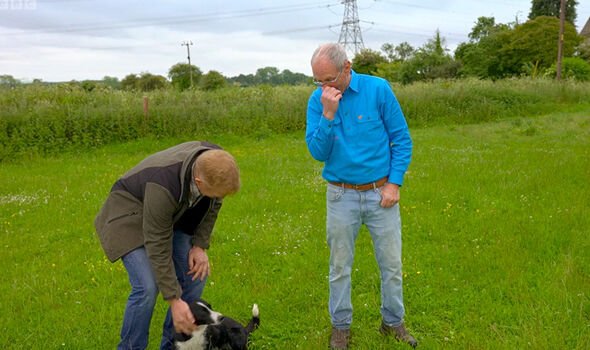 Impressed with how much they knew instinctively, Adam praised: “That is a tiny little puppy, and she is being super brave! She is working them with total built-in instinct.

“It just shows that they have what it takes. It is amazing to see how the pups take to it naturally, but there is a huge amount of training to turn them into a well-trained dog.”

Later, Dick decided to show Adam his 10-month-old sheepdog Fearn who he had only been training for a few weeks.

After seeing what she could do and liking the age of Fearn, Adam commented: “A dog like her would have more years ahead than an old experienced dog.

“I wonder if Dick might be willing to part with her. She is beautiful, what are your thoughts on her now?”

Dick expressed: “Well, genuinely, I have only been training her for eight or nine weeks, and she has become very special.

“She has got under my skin a little bit, and so I’m probably now not going to sell her because she will be the one we breed from.”

Whilst giving Fearn cuddles, Adam joked: “Awww, we would have liked you at my kennel, you are too good, be naughty for a couple of weeks and then she’ll put you off.

“It has been so informative to see dogs at different stages of their development, and now I think I know what I am looking for.

“Fearn may not be for sale, but a young dog like her that I could work for 10 years or so would be perfect for the farm.”

Adam recently revealed the latest project he had been working on and Tweeted: “The news is out!

“I’m excited to reveal that the @CotswoldFarmPrk team and I have been working on a brand new YouTube series, and the first two episodes are now live here.

“If there’s a topic you’d like me to feature, I’d love to know.”

Countryfile airs Sunday from 7pm on BBC One.