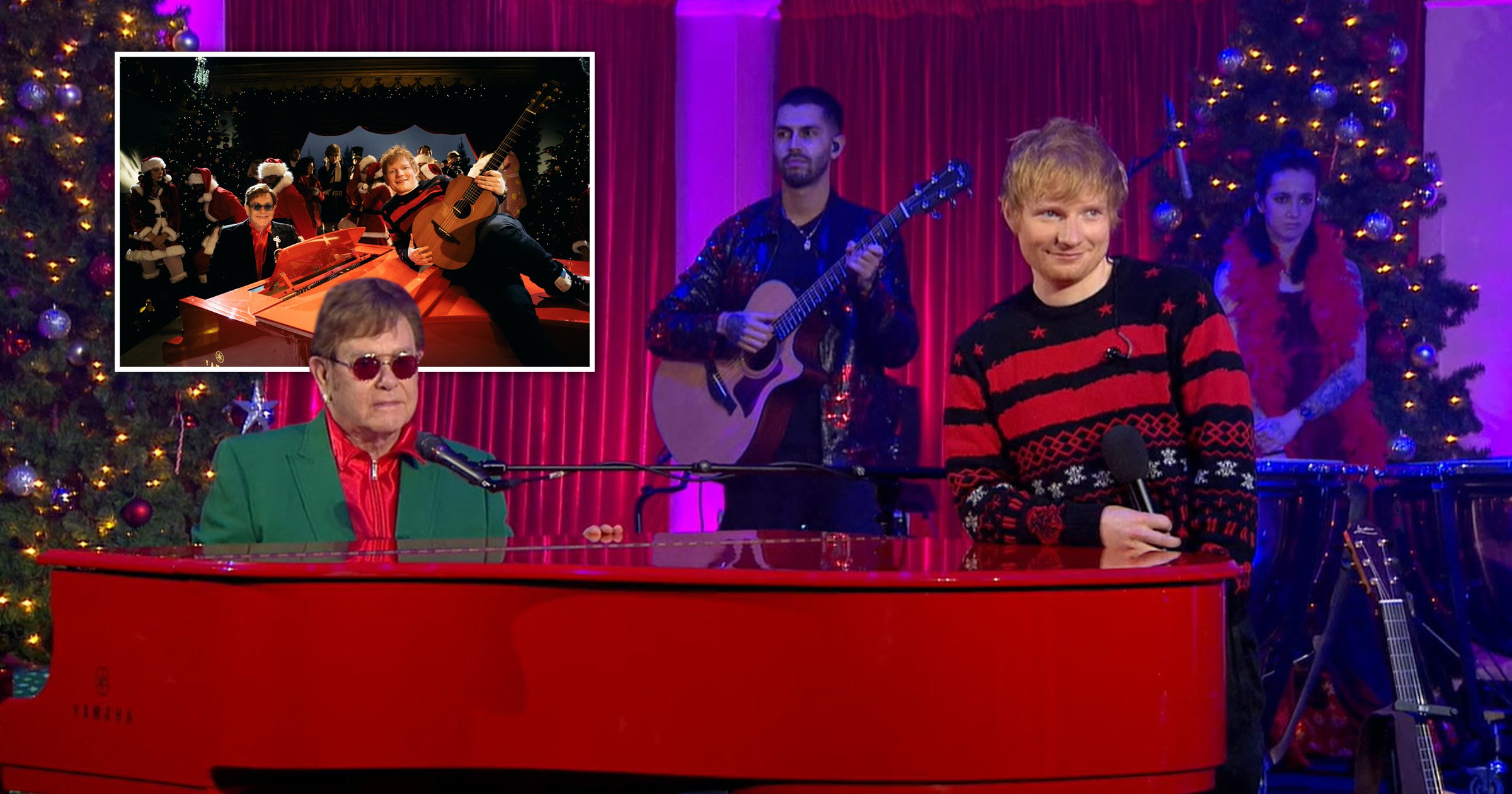 Ed Sheeran and Sir Elton John appear to have teased another Christmas song collaboration for next year, because two this year wasn’t enough.

Appearing on The One Show to promote their festive track Merry Christmas – currently sitting pretty at number one – and give a first live performance of it, the performers chatted with presenters Jermaine Jenas and Lauren Laverne about the song writing process.

Revealing that it was Sir Elton who had initiated the idea on Christmas Day last year, Ed  said at the time it was to be the Your Song legend’s ‘last’ Christmas song after the success of classic Step into Christmas.

Explaining that their process behind Merry Christmas was to ‘throw the kitchen sink at it’ with all of the music video’s references and cameos, Ed then appeared to say that they had something lined up for next year.

He explained of Merry Christmas: ‘We have to get mistletoe in, we have to get sleighbells in – it’s a whole thing. We didn’t get mince pies in though.’

He then added: ‘Next year’, before he continued: ‘We’ve got one coming next year called Pull my Christmas Cracker – You’ll Get More Than a Bang.’

As Jermaine laughed, ‘We look forward to hearing that one!’, Sir Elton chimed in with: ‘We’re serious, too.’

Ed then agreed: ‘We are serious.’

Whether or not this cheeky tune comes to pass, only time will tell!

However, Ed also shared how he and Sir Elton had pushed the release date of Merry Christmas forward this year in order to facilitate their collaboration with LadBaby and his attempt to gain a fourth Christmas number one single.

Upon the social media star’s request to team up with him, Ed recalled: ‘I said to them, “Ah, I’ve done this Christmas song with Elton we’re releasing”.

‘And then I was thinking more about it and was like, I don’t want to get in the way of a charity song, so I said to him, “We’ll release earlier, but do you want to do it together?”

He added: ‘I said to Elton, “Let’s just dress up as giant sausage rolls in the video!”’

Sauasage Rolls For Everyone, the duo’s collaboration with Mark and Roxanne Hoyle of LadBaby, will be out on December 17.

The One Show airs weeknights at 7pm on BBC One.