A day before Disney’s “interesting experiment” — otherwise known as the theatrical release of “Shang-Chi and the Legend of the Ten Rings” — Paramount announced delays for “Top Gun: Maverick” from November to May 2022, the October release of “Jackass Forever” until February, and “Mission: Impossible 7” from May 2022 to November 2022. For the latest Marvel film, these new variables raise the already high stakes for its Labor Day weekend performance.

Star Simu Liu didn’t hesitate to let the world know that Disney CEO Bob Chapek lacked nuance in describing the strategy for distributing the big-budget film, as if the studio regarded its first franchise led by an Asian character as some kind of litmus test, but Chapek’s interests lie elsewhere.

Box-office pundits may try to pass the baton of theatrical recovery to the newest Marvel film, but Disney’s overriding interest in “Shang-Chi” is the same as every other film on the Disney slate this year: How does it respond to the release model? Disney has yet to settle with one strategy; so far, it has tried theater-only (“Free Guy”), theater with Premium VOD on Disney+ (“Black Widow,” “Jungle Cruise”), Disney+ exclusive (“Soul,” “Luca”). This is the first theater-only title at this level of expense.

Still, the descriptor speaks volumes. It suggests that the performance of “Shang-Chi” weighs heavily on the future, for the rest of the year (Marvel’s “Eternals,” the animated “Encanto”) and beyond. Tracking has the four-day gross between $40 million-$50 million; by comparison, “Black Widow” is the year’s high-water mark with $80 million in its first (three-day) weekend. It also played as same-day PVOD or Disney+ subscribers at $29.99.

There’s several reasons for that potential box-office disparity, despite “Shang-Chi” being a theater-only release. “Widow” was the first Marvel theatrical release in over two years. It featured a familiar character from seven previous films, portrayed by movie star Scarlett Johansson. The July 9 release was a prime summer date that followed a path blazed by recent theatrical successes “A Quiet Place Part II” and “F9,” which helped overcome reluctance to return to theaters.

Marvel Comics established the character Shang-Chi in the 1970s. Just as Chadwick Boseman exploded with “Black Panther,” Marvel would love to do the same with Simu Liu. Both films have broad appeal, but “Panther” had a much higher domestic audience base and a more familiar cast with Boseman, Michael B. Jordan, and Lupita Nyong’o.

A possible “Shang-Chi” comparison is “Ant-Man” in 2015. It featured another peripheral Marvel character and its mid-July opening weekend was $57 million.

Asian-centered films show decades of success, particularly when they’re action-oriented and tied to the martial arts. “Enter the Dragon,” Bruce Lee’s biggest hit, grossed the equivalent a domestic $100 million in 1975. It had wide interest from non-Asian audiences, particularly young, minority moviegoers. Though it came with acclaim and art-house credentials, Ang Lee’s “Crouching Tiger, Hidden Dragon” reached an adjusted $250 million in 2000, even with subtitles.

As “Free Guy” and “Candyman” showed in recent weeks, audiences reward originality and risk. That should help “Shang-Chi.”

No one wants to open a big film at the start of a dead zone, and early September is viewed a bleak time for theaters. (That said: In 2019, “It Chapter Two” opened the weekend after Labor Day to $91 million.) “Shang-Chi” is by far the most expensive and highest-profile Labor Day release in box-office history. It may also be the top grosser: Currently holding that record is the 2007 “Halloween” reboot, which made $30.5 million (adjusted, around $40 million) for four days. 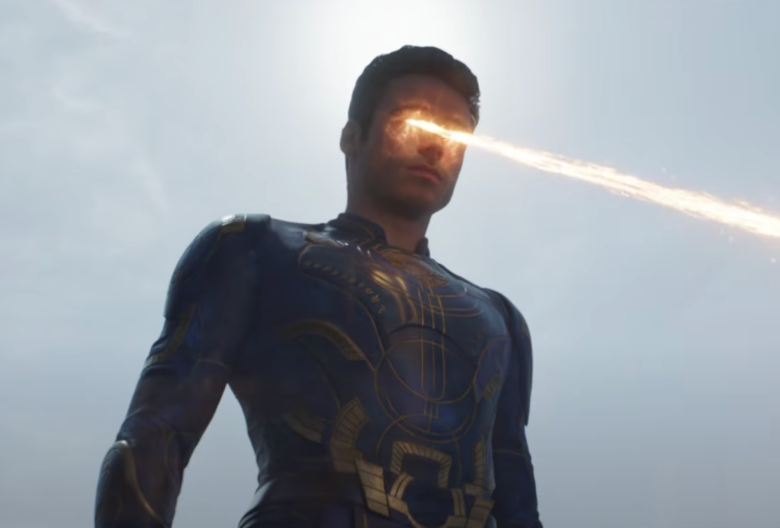 Disney will measure the global gross for this expensive title against projected revenues that might have resulted from a hybrid theater/home release. Expect to see the conclusions revealed in their plans for “Eternals” (November 5) and “Encanto” (November 24).

Other studios will also take note and may factor the results in their own plans. Leading these could be Marvel production “Venom: Let There Be Carnage” (Sony), pushed back to October 15. Implacable is “No Time to Die,” which is dead set on sticking to its international dates in late September and October 8 in North America.

Beyond short- and long-term release strategies, “Shang-Chi” may also inform studios’ budget meetings and approvals. But like “Tenet” and many other releases since, it is just one piece of an-ever-shifting puzzle. Check back again in a few weeks when 007 opens.