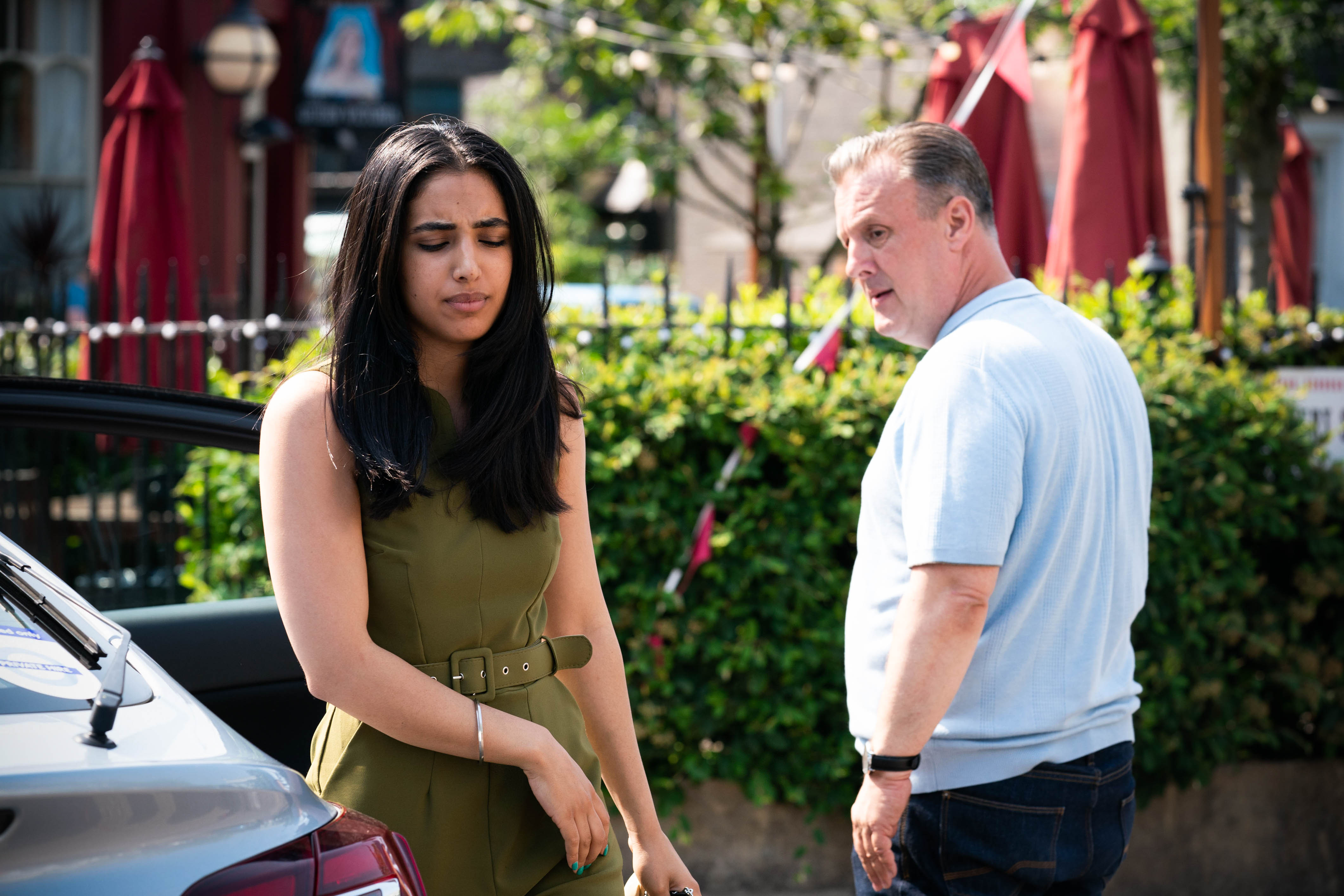 Ash Panesar (Gurlaine Kaur Garcha) is set to be left shaken in EastEnders when a racist patient refuses to be treated by her, asking for white nurse.

She is already facing the pressure of passing her qualifications and recently has been struggling to cope, turning to drink and causing loved ones to worry.

And it’s not the only racist incident she faces in the same week, driving her understandably to the edge. As she confronts the bigotry, can she expose the issue and gain allies to fight back?

A drunken Ash throws up all over Harvey Monroe’s (Ross Boarman) cab on her way home from a night out leaving him less than impressed. Vinny later warns her that she needs to sort herself out when she realises she’s left her work pass somewhere.

A nervous Ash is getting through her assessment but is shocked when a patient refuses to be treated by her because she’s not white.

To make matters worse, she’s being reported for failing to inform the hospital that her badge was missing.

Exhausted from the day she books a cab, the driver happens to be Harvey who berates her for ruining his cab last time and makes a comment that stops Ash in her tracks.

Having been victimised all day, will she open up to anyone? And will she report Harvey for his comment, whether it’s a deliberate slur or misguided lack of education and awareness?