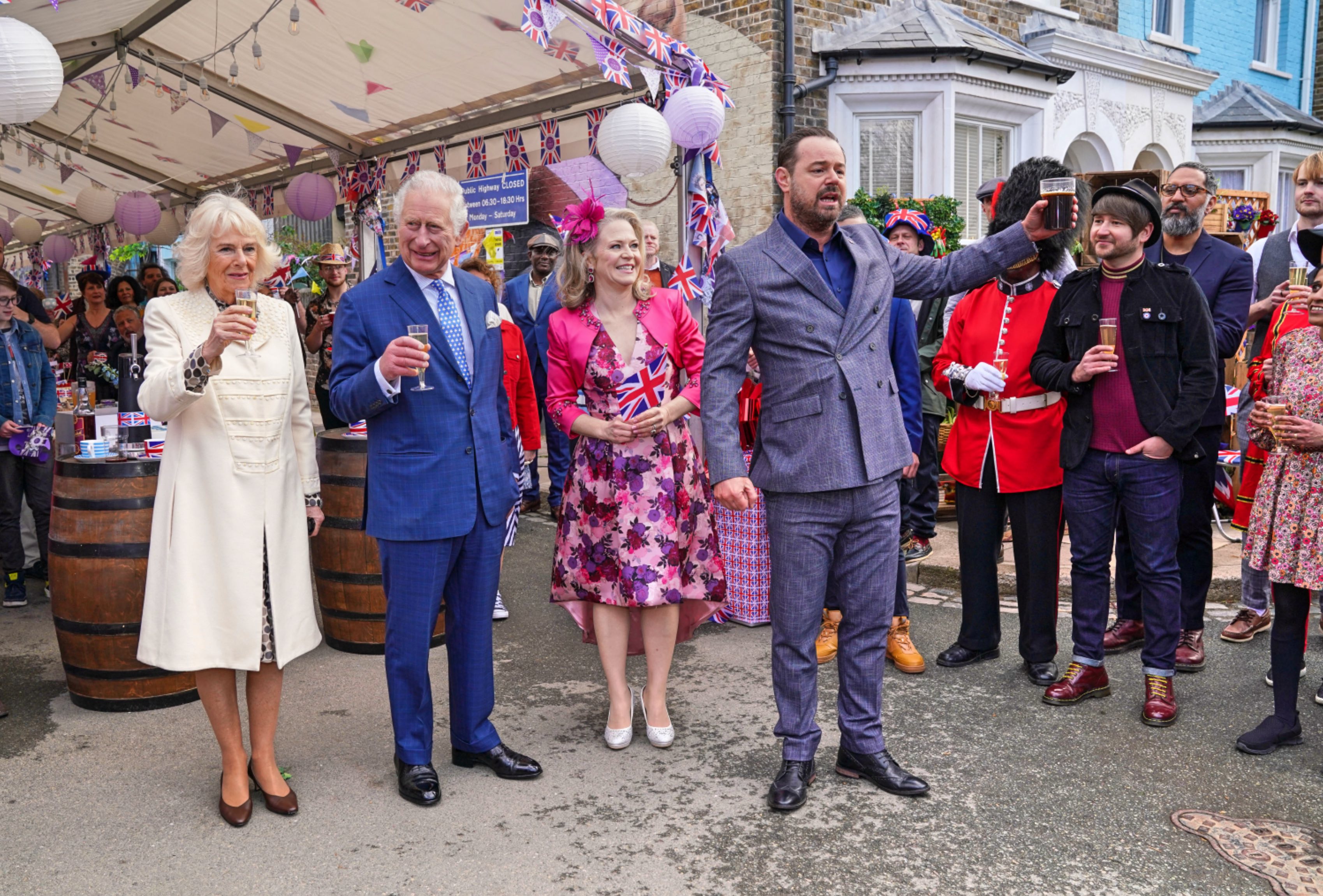 EastEnders will mark Prince Charles and Camilla’s upcoming appearance in the show with a very special version of the signature theme tune.

The Prince of Wales and The Duchess of Cornwall will join the residents of Albert Square on Thursday (June 2), as they mark Her Majesty the Queen’s Platinum Jubilee with a street party.

The Royal couple will feature in the serial drama as themselves. Linda and Mick Carter (Kellie Bright and Danny Dyer) will greet them outside the Queen Vic, before introducing them to everyone.

The scenes in question were filmed back in March when Their Royal Highnesses visited the set of EastEnders to meet the cast and crew of the long-running drama.

The Jubilee themed tune, which will feature at the end of the episode, was composed by original theme tune composer Simon May and will play as the residents celebrate the Royal visit.

Chris Clenshaw, Executive Producer, said: ‘To have Prince Charles and the Duchess of Cornwall not only visit us all in Walford, but to also appear in an episode, we felt it was only right that we marked this extremely momentous episode with a fitting tribute.

‘What better way than to wish Their Royal Highnesses on their way from Albert Square than with a special Jubilee version of our iconic theme tune, remastered by the very talented Simon May.

EastEnders’ iconic theme tune has had a number of variations over the years, including Julia’s Theme, named after show co-creator Julia Smith, which is often utilised during a stalwart’s final moments, or a particularly emotional scene.

Peggy Mitchell, meanwhile, received her own variation of Julia’s Theme, which has featured on several occasions over the years, including the icon’s original exit sequence, her brief return in 2013, and during the show’s live 30th anniversary episode.

EastEnders airs these scenes on Thursday June 2 at 7:30pm on BBC One.