IT wasn’t only the two biggest prizes that Ed Sheeran won at the MTV Europe Music Awards.

He was beating the other acts at everything else, too. 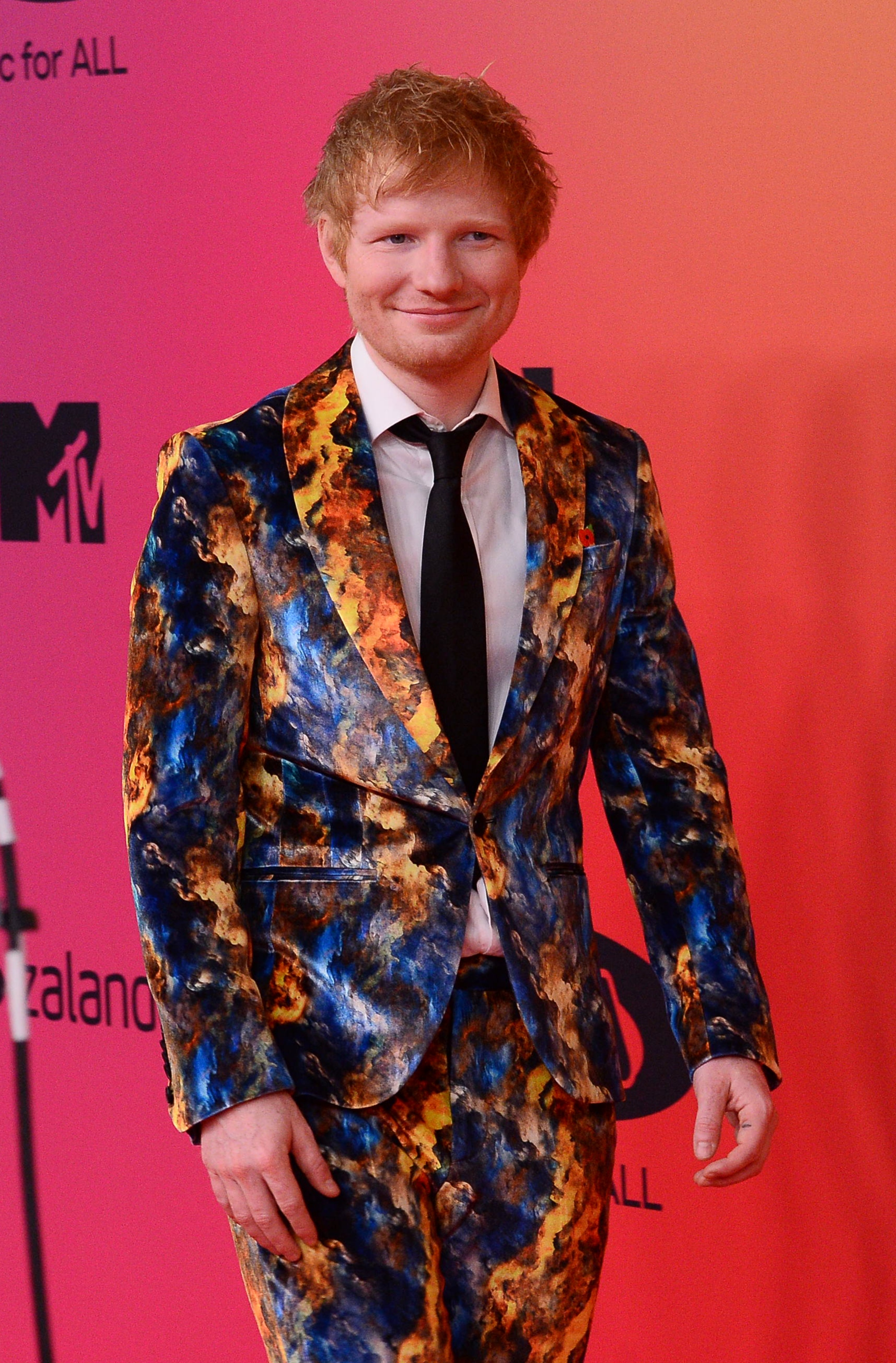 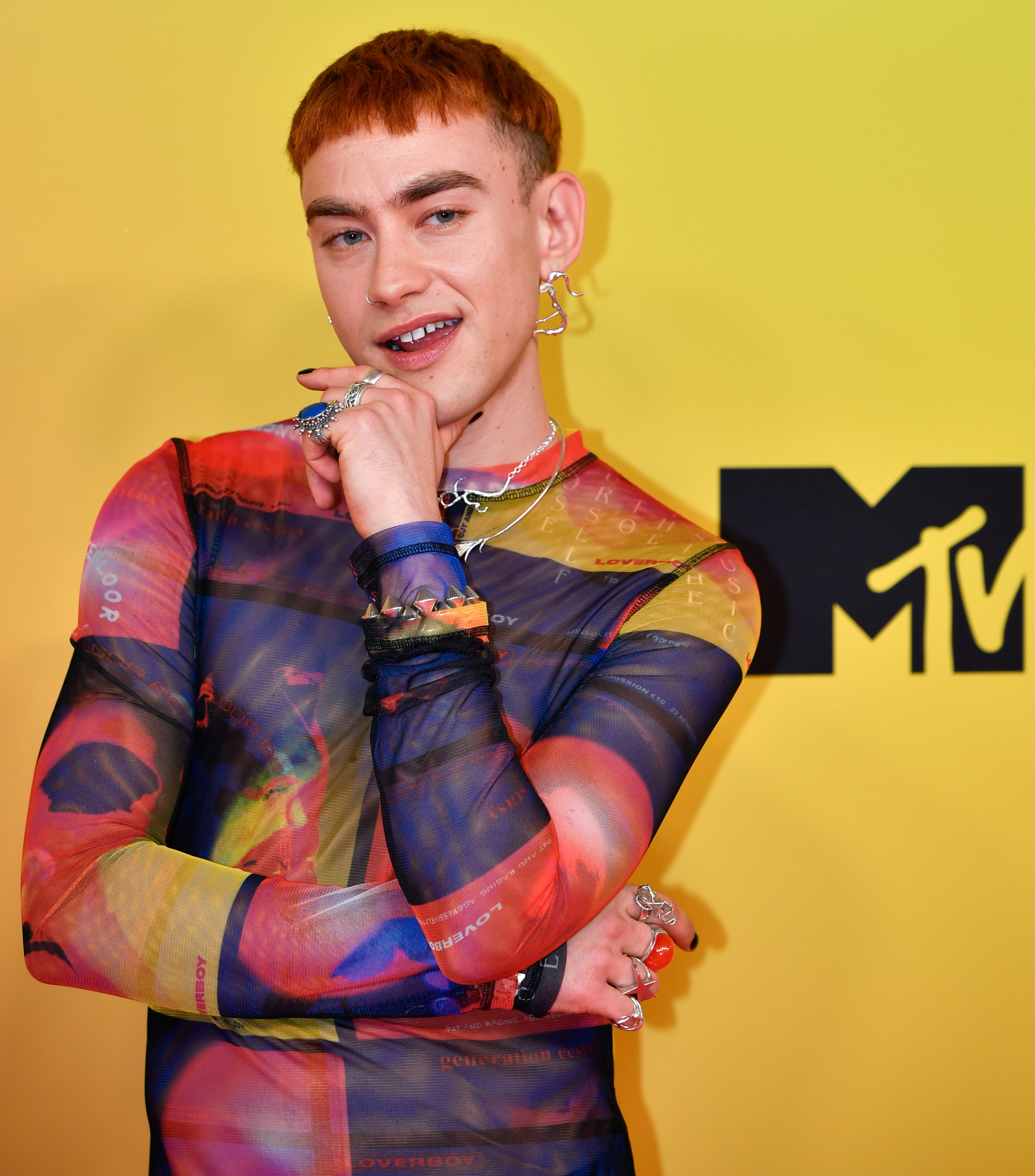 The superstar was one of the first to walk the red carpet at last night’s event in Budapest, where he scooped Best Artist and Best Song for Bad Habits.

But fellow performer Yungblud revealed Ed had thrashed him at pool at a bash the night before as well.

On the red carpet, he said: “We have been partying all weekend.

“I played pool with Ed Sheeran last night, it was cool but he beat me two-one.

“It’s so sick to have artists come together not only to play music but just to have a laugh.”

And newcomer GRIFF told how Ed had taken her on at a game of Monopoly Cards during a ride into Hungary on his private jet.

She said: “My manager just told me a week ago, ‘Ed’s offered to give you a lift’. It was crazy.

“He’s a lovely guy. We played Monopoly Cards, he’s really good at it. He won.”

It was K-Pop group BTS who picked up the most awards, winning four including Best Pop and Best Group.

Ed walked the red carpet in an eye-catching suit, alongside a barely dressed Maneskin and Olly Alexander, who opted for a dress.

Meanwhile, host Saweetie posed in two different outfits before the ceremony even started.

If you missed it on telly, it will be on MTV UK again tomorrow at 7pm. 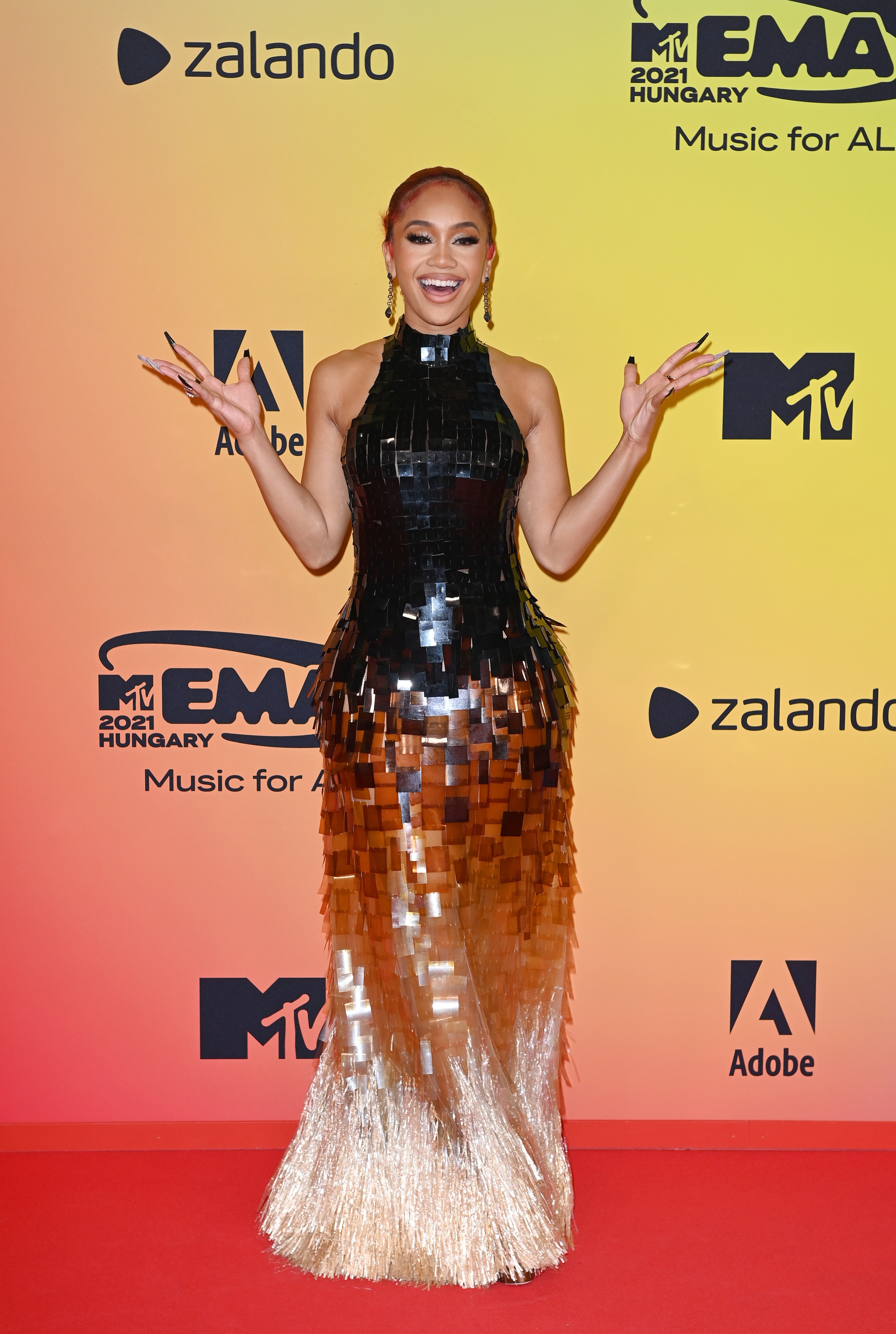 KIM PETRAS wowed at last night’s ceremony and wants to make her debut album as fun as possible – saying that pop is her antidepressant. 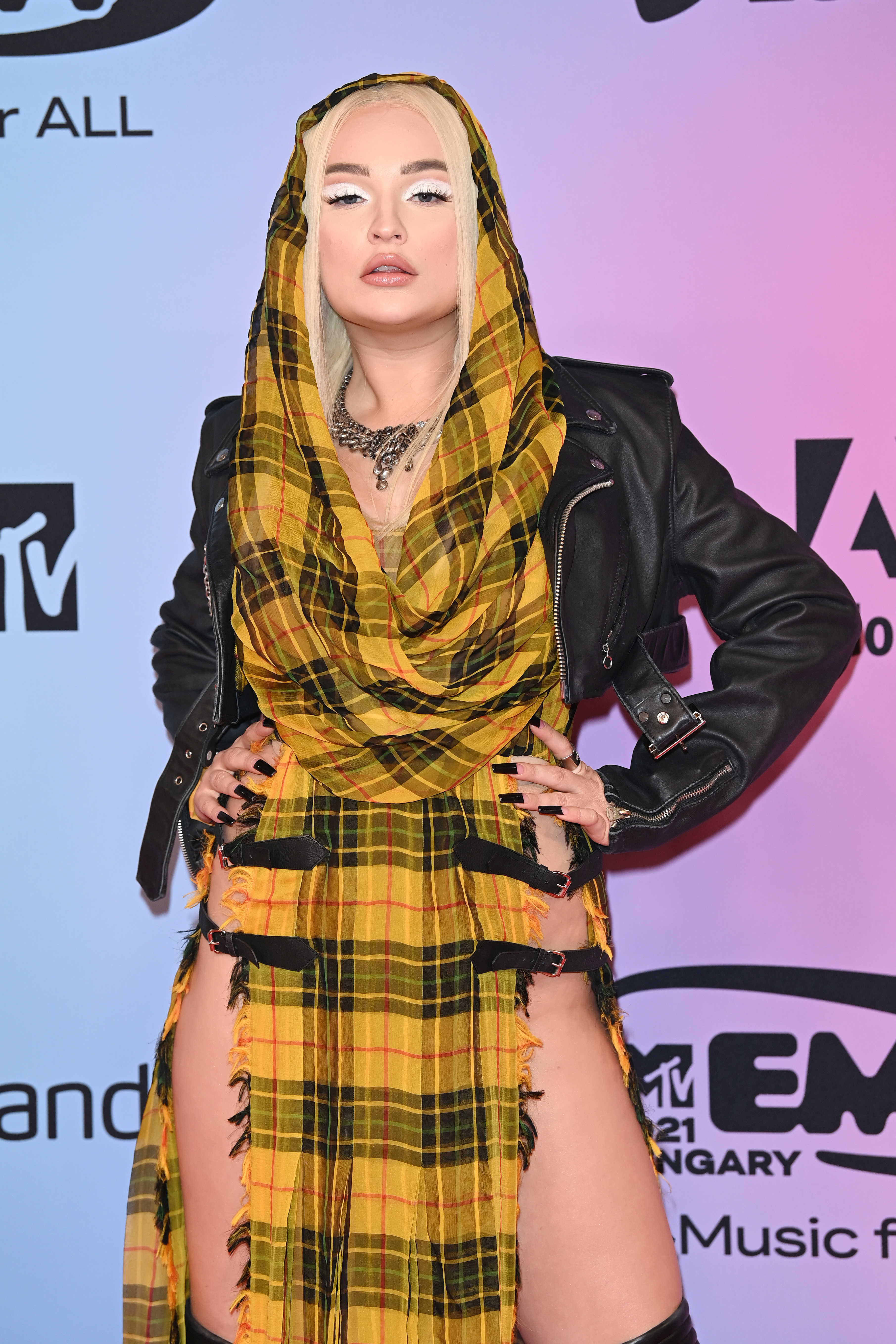 The German singer jetted into Budapest to perform at the bash and spoke to me about her as-yet-untitled record, which will be out next year.

She said: “I often run into songwriters who are like, ‘The most creative thing you can do is tell the truth’. I don’t like this idea that the only music which is art and is important is this music which is full-realism. I think it’s boring.

“If I just wallowed in all my demons, I would be more depressed than I am. Pop music is an antidepressant for me. When I hear the catchiest thing in the world I get so happy.”