Photographers captured the former child star in the ensemble upon arrival to an awards ceremony. 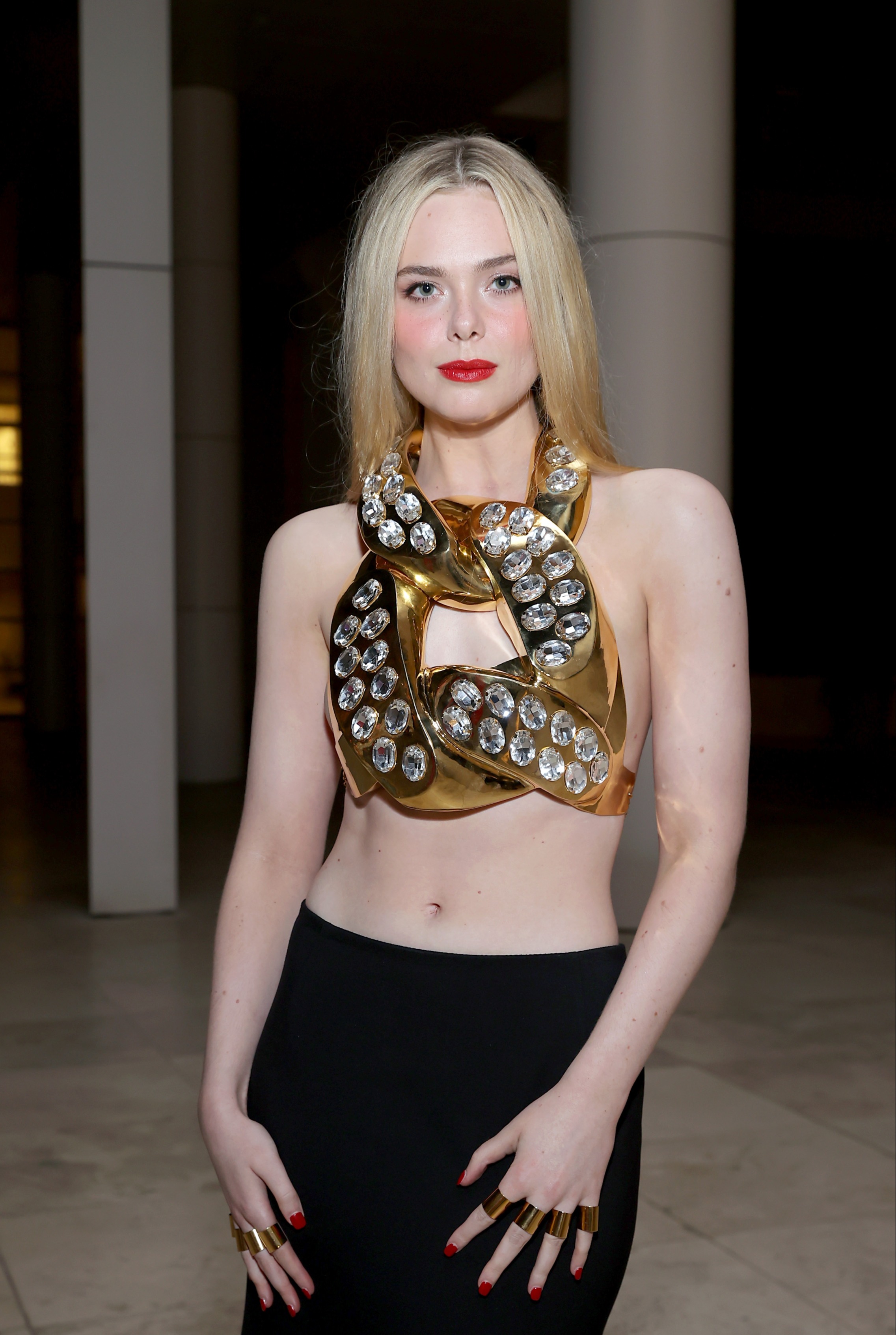 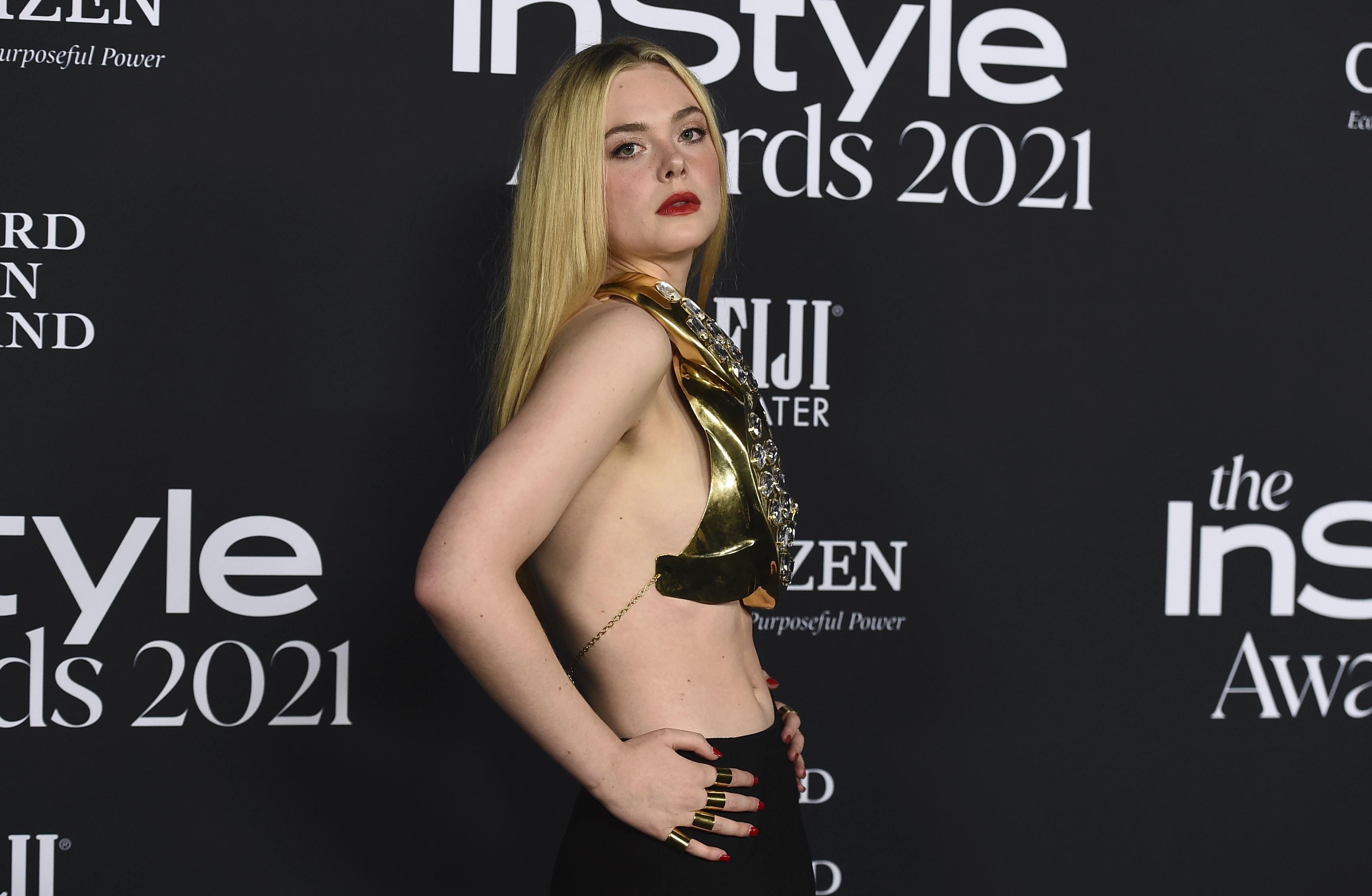 The photos show the 23-year-old posing on the red carpet sans top, covering her chest with a thick gold and diamond knotted jewelry piece.

She paired the sultry outfit with gold rings and a black skirt.

Elle wore her blonde hair down and completed the look with a red lip.

The actress was attending the sixth annual InStyle Awards in Los Angeles, California.

The young star who is most well-known for her innocent teen roles in Maleficent next to Angelina Jolie and JJ Abrams’ 2011 hit Super 8, has been accompanying her more mature style with more mature roles.

She's currently playing the role of Catherine the Great — the 18th century empress renowned for her sexual appetite and the modernisation of Russia, in the TV series, The Great.

She previously said: “Catherine The Great’s sexuality blossomed. And she loved being experimental, so of course that would be a big part of her character.”

Elle, who is the executive producer and star of the show, alongside X-Men actor Nicholas Hoult, 30, as her philandering husband Peter III, said: “Sex is a really big part of the show.

The award-winning actress, whose sister Dakota, 27, starred in Once Upon A Time In Hollywood and Ocean’s 8, gave her thoughts on filming the steamy sex scenes with Nicholas, revealing that some days the pair were left in stitches.

She recalled: "Nick has to say some very bizarre lines that most of the time I was biting a pillow laughing so hard."

"I think we both like to challenge ourselves, Nick and I, and we're trying to push each other's buttons and he's trying to make me laugh and trying to go there. So I think it really helps those scenes. But especially the scene where [they have to] count his thrusts to 100, that scene, we were dying."

Elle continued: "There's a real wide shot where we had to kind of go through the motions because we're way in the background and the other characters are talking.

"And it was hard. We were just crying with laughter. So yeah, those days were actually quite enjoyable. They were funny."

Last summer, Elle revealed her excitement on social media that the series had been picked up for a second season.

"Okay, now seriously @nicholashoult I'm going to get you this time…" 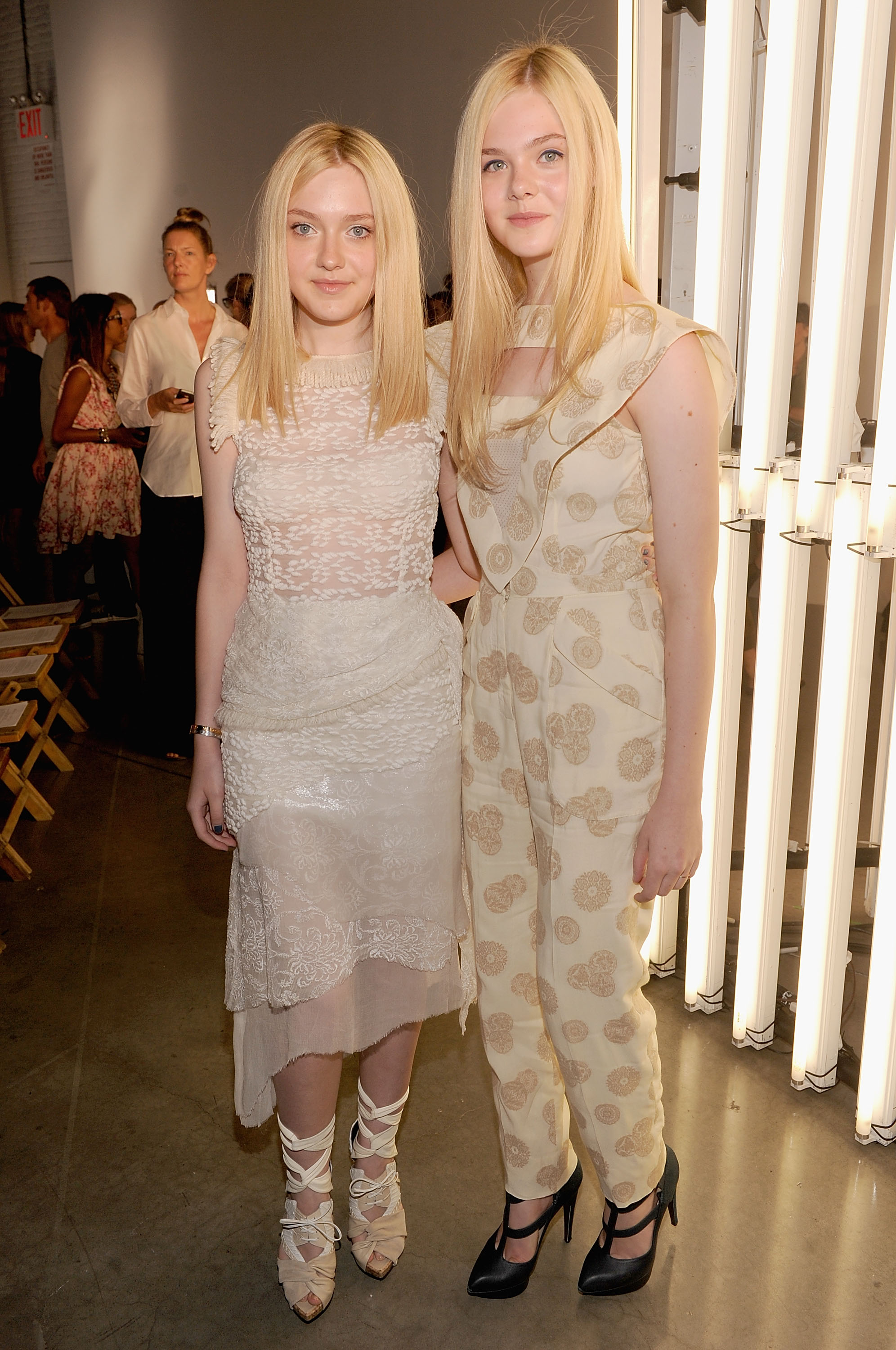 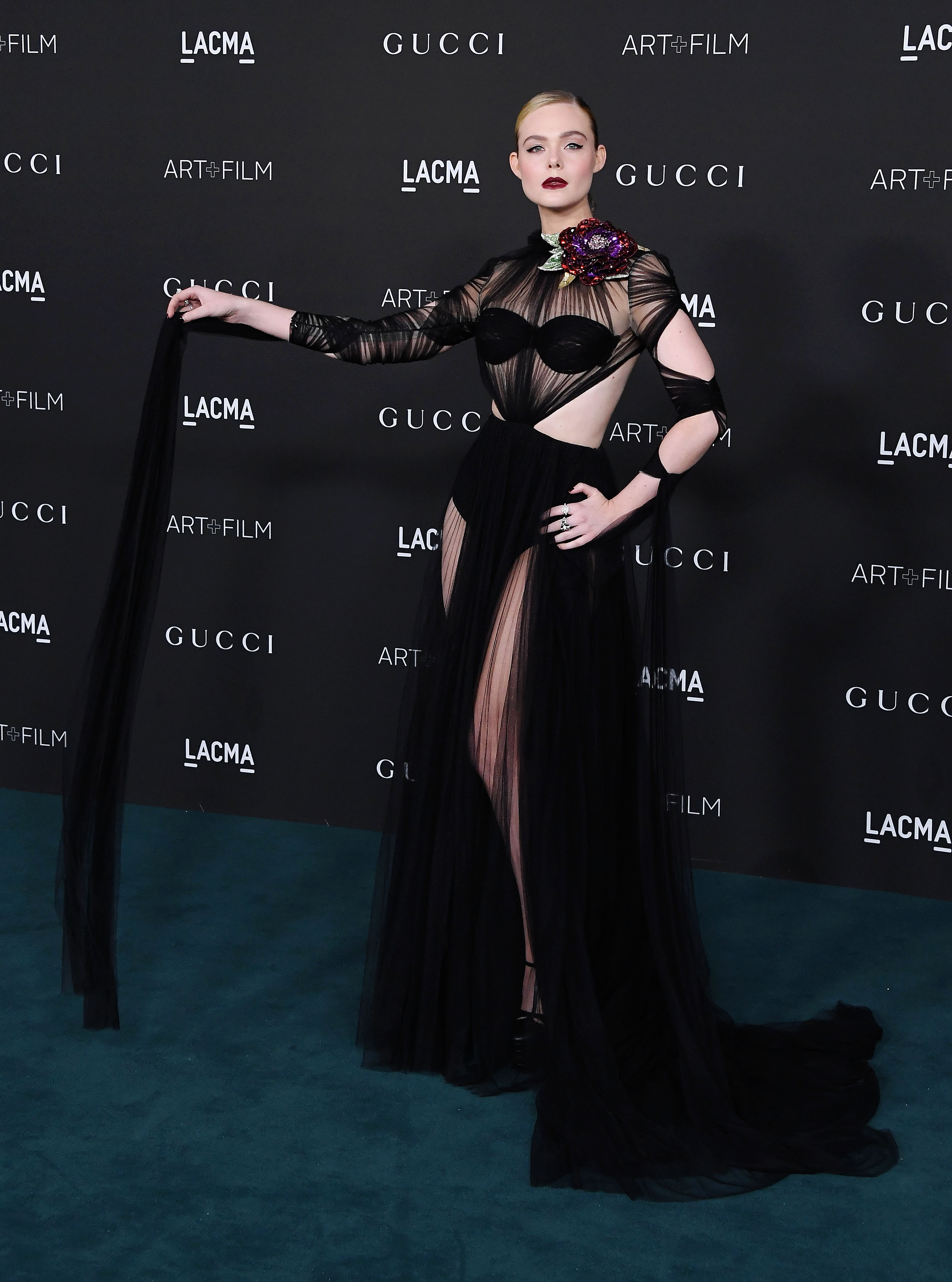 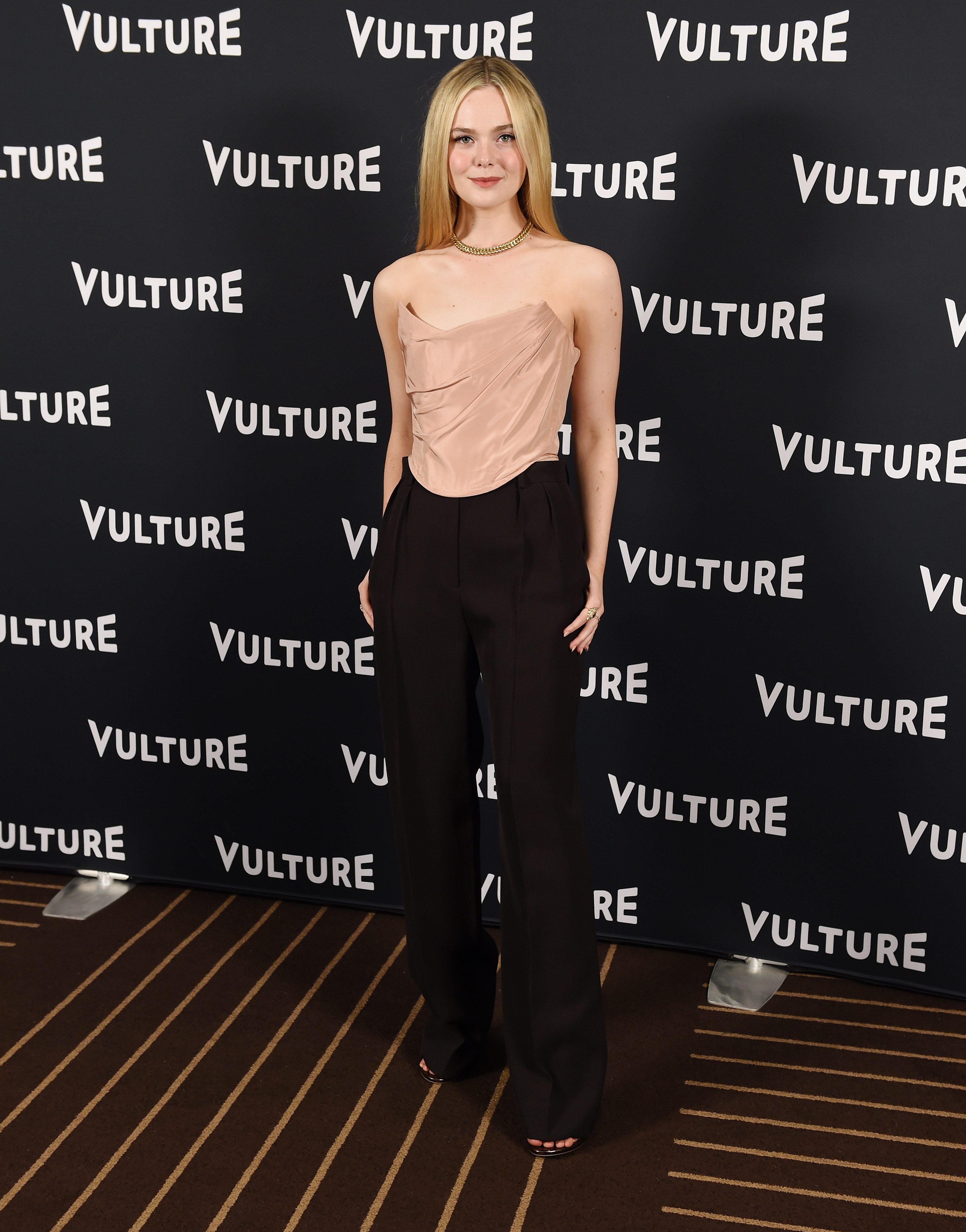