The ITV soap confirmed which three villagers’ lives will be left hanging in the balance following Paul and Mandy’s wedding carnage this week. 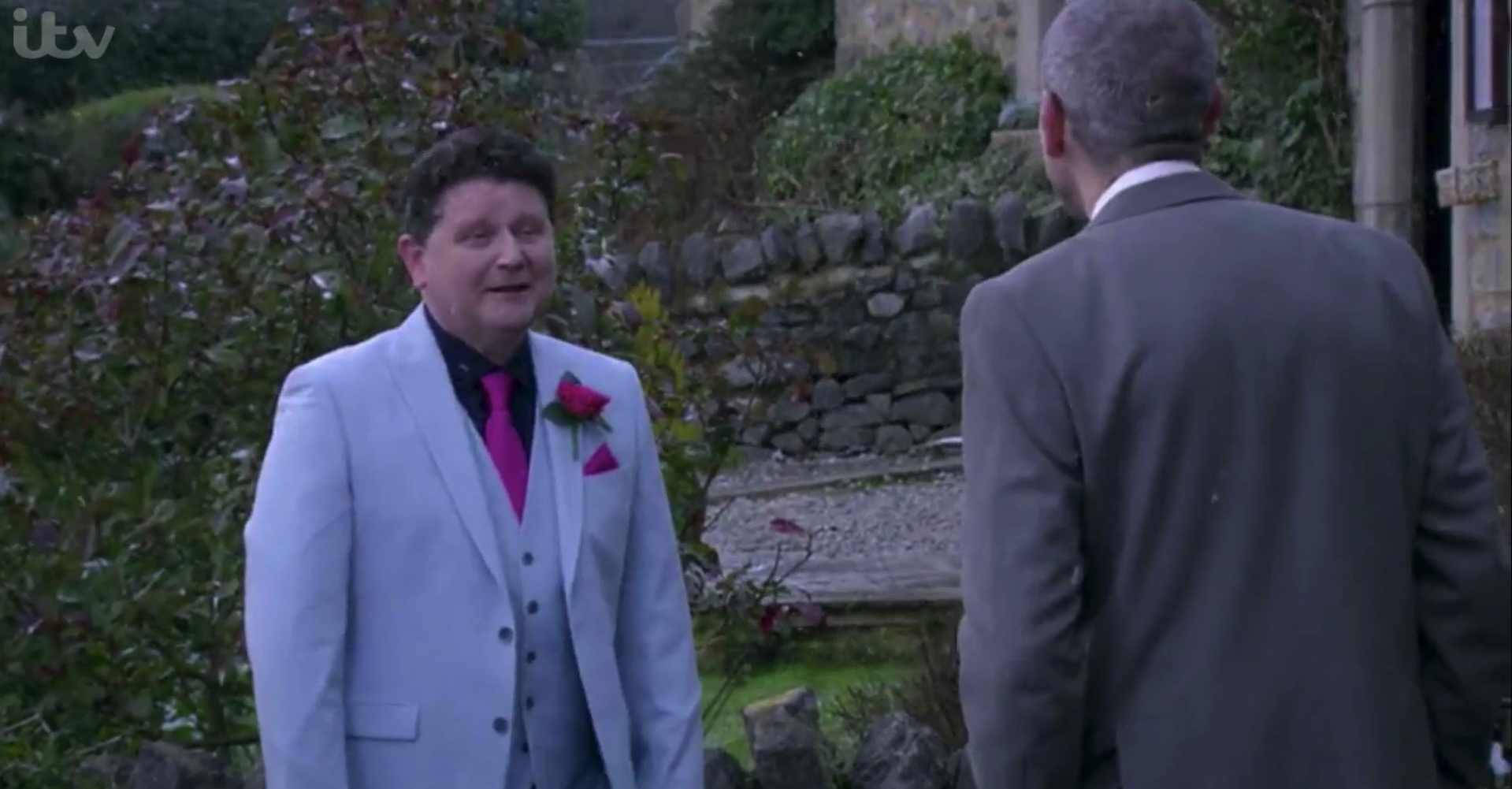 But it was the weather that captured viewers’ attention because the village was showered in ice and snow during the hottest March in 50 years.

As Paul stalked around the village after beating up Vinny once again, fans were shocked to see his wedding attire covered in snowflakes.

Of course, Emmerdale is filmed a number of weeks in advance, but that didn’t stop viewers flocking to Twitter to express their shock.

One fan said: "Welcome back, was amazed to see you in the snow on last night’s Emmerdale when it was 20 degrees in Yorkshire. 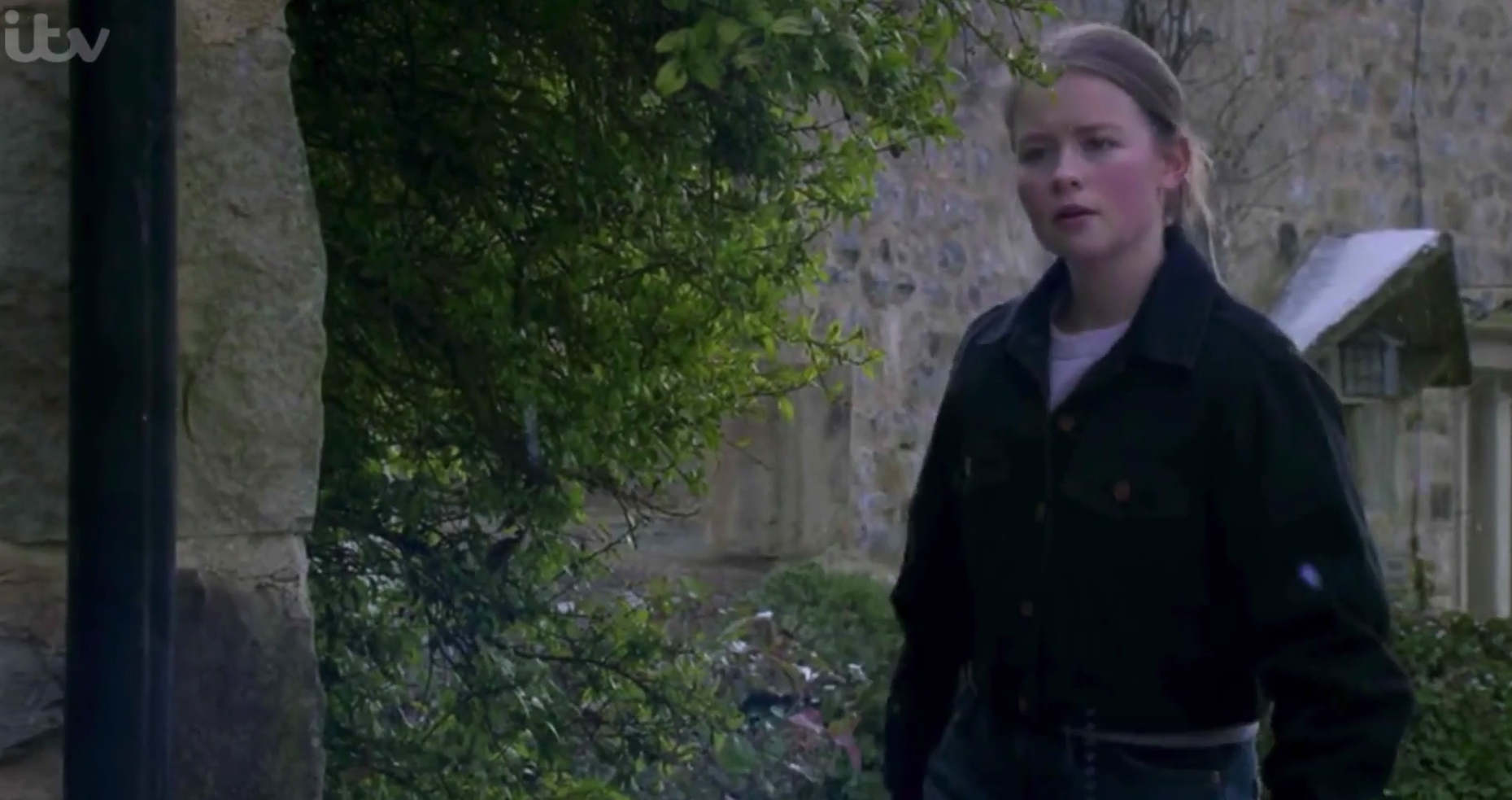 Another added: "Are they not cold with snow. Blowing everywhere #emmerdale"

A third chimed in: "Feeling sorry for those in the village of #Emmerdale whilst I bask in the sun, they may have an open pub (beer!!!!) but also have snow and ice. Want to swap."

A flash-forward scene revealed that the three villagers left with potentially fatal injuries this week will be Liv, Paul and Jimmy.

Later in the episode, with the characters back in the present day, it all kicked off as Paul forced Vinny to read aloud his best man speech. 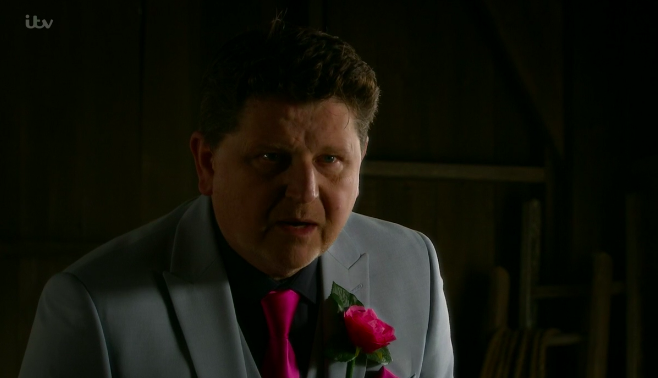 Paul turned nasty as he heard Vinny speak about how much he and Mandy were in love, accusing his son of making the speech “cheesy”.

Vinny stepped away from Paul and tripped over, only for Paul to press his boot on his stomach as he warned him not to ruin the wedding.

Later, Aaron found Vinny doubled over in pain and clutching his stomach, and begged him to come clean about the abuse.

Meanwhile, Liv cornered Paul in the wedding barn and confronted him for what he was putting Vinny through.

When Paul tried to make an exit, Liv stood her ground in front of the door, angering Paul further.

Paul hissed: “I’m starting to lose patience with this. Get out of my way.

Paul glared at her and warned: “I’m not in the mood to play games today. So unless you want to find out.”