Emmerdale is airing a series of explosive episodes next week which will see five residents lives hanging in the balance, with speculation around one of them dying. During tonight’s instalment of the popular ITV soap, Jimmy King (played by Nick Miles) was left answering endless questions from wife Nicola King (Nicola Wheeler) about an incriminating photograph which saw him taking a roll of cash from Mackenzie Boyd (Lawrence Robb) and Aaron Dingle (Danny Miller) after they used his van without his permission. But, there was one remark which Jimmy made that seemed like his death had been foreshadowed.

Back in the cafe, after hearing Aaron and Mackenzie explain they were only selling scrap, Jimmy said: “You’re very quiet…Nico?”

“Why did you take the money from them Jimmy?” She asked and he replied: “Because they took the van and I was entitled.”

“Why did you just leave the keys lying around?” The mother of two said and her husband remarked: “Is this where you go back and forth until the question becomes ‘And why do I exist?’ And we both agree that I shouldn’t?” 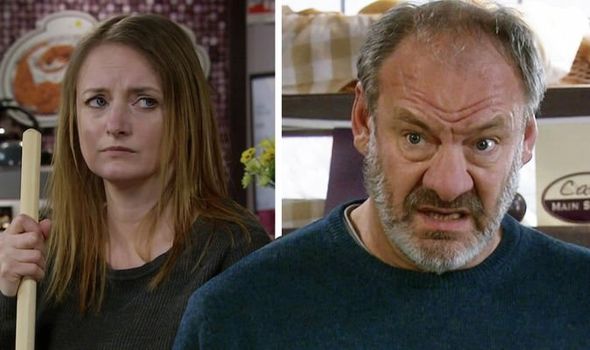 “What if they were lying?” She added and Jimmy questioned: “Both Mackenzie and Aaron lying?”

“I don’t trust Mackenzie – well either of them,” the cafe owner said and Jimmy replied: “Well, if they were lying we’ve still done nothing wrong!”

“If they were, your van was probably used in a crime for which you – we – profited,” Nicola explained and Jimmy said: “If it comes down to that I’ll tell the police they stole the van which is the truth!”

Later on in the scene, Nicola seemed to tease her death too.

“It’s her who’s messed everything up,” she said to Jimmy.

He replied: “All this time I’ve been thinking I didn’t really want her to see him at all, to begin with – still don’t really. 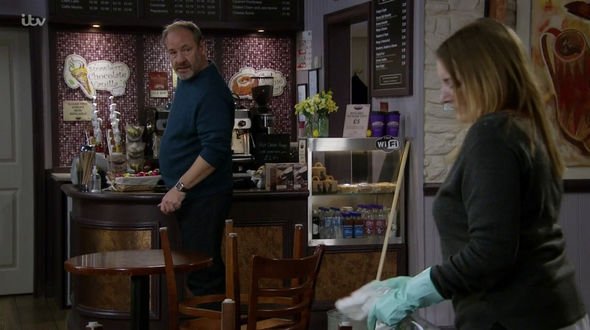 “So then you get to thinking ‘maybe the odd weekend won’t be so bad’. But do you think she could really take him from us?”

“I think she might actually try,” Nicola replied. “But there’s only one way she’s going to manage it… it involves stepping over my dead body.”

Following the scene, fans of Emmerdale took to Twitter to discuss who they thought would be killed next week.

One said: “#Emmerdale So who’s gonna be killed next week? I think it’ll be Vinny.”

“So Nicola is going to die then…. #emmerdale,” another questioned.

Someone else wrote: “Why do I have this feeling that it won’t be Paul that dies next week #emmerdale.”

“Horrible line from Nicola there. Hoping it’s not her that goes next week! #Emmerdale,” a viewer added.

To add to the speculation, Nicola was seen being shut into a van during the trailer for next week’s episodes.

She gets involved with Mackenzie and another dodgy deal which sees her being bustled into the back of a white van.

Later on in the clip, Jimmy is seen in a van – whether it is the same one Nicola is in, fans will have to wait and see – in a layby taking a lunch break.

He is phoned by Mackenzie who tells him his wife is in trouble with the private investigators and he heads off.

But as he veers around a corner, he loses control. Does Jimmy’s accident kill him and his wife?