On the CBS show Ghosts, Danielle Pinnock plays Alberta, a former flapper singer and current haunting spirit. While the sitcom character comes with plenty of spooky vibes, Pinnock admitted that she never celebrated Halloween. She took to Twitter to pick fans’ brains for Halloween costume ideas. 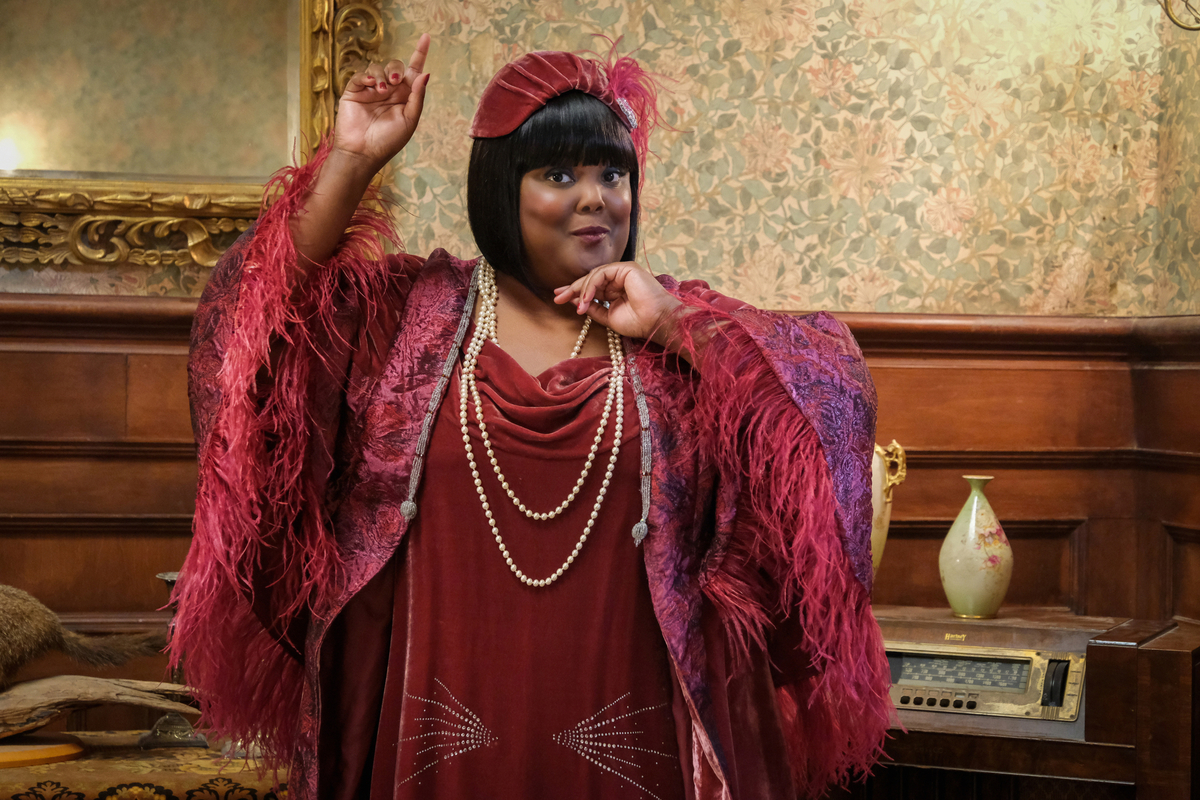 For the scariest holiday of the year, Ghosts Episode 5 revolved around Halloween. While Rose McIver‘s Sam assumed the spirits love the holiday, they hate it.

Young vandals annually harass the Woodstone Mansion, and the dearly departed residents remain powerless to stop them. However, they finally decide to fight back.

Unfortunately, the ghosts manage to cause more harm than help. Brandon Scott Jones’ Isaac blamed the kids without a second thought.

Meanwhile, Alberta was watching Ghostbusters for the first time. She missed the incident where Thorfinn accidentally started a fire. However, she immediately saw the other ghosts acting suspiciously and called them out.

While Danielle Pinnock spends her time on the CBS sitcom among ghouls, the actor never celebrated the holiday.

She took to Twitter with a fun fact and to ask fans for Halloween costume ideas.

“Fun fact: my grandmother was super religious, so I’ve actually never dressed up for or celebrated Halloween,” Pinnock tweeted with a crying emoji. “In honor of Ghosts [on] CBS, I’m gonna be dressing up this year. What should I be y’all?!”

She received several Disney-inspired suggestions, such as Maleficent and the Muses from Hercules.

One fan asked who her favorite character growing up was, and Danielle Pinnock added Disney villain Ursula from The Little Mermaid.

Another fan suggested Betty Boop based on the rumor that her character design was based on performer “Baby” Esther Jones.

One fan even suggested Phryne Fisher from the Miss Fisher Murder Mysteries series.

The ‘Ghosts’ actor loved many of the suggested ideas

With Ghosts and several other CBS show celebrating Halloween, like Cedric the Entertainer’s The Neighborhood, she thought it was about time she joined in the festivities, too.

Pinnock has also appeared in This is Us. On another CBS show, she plays Ms. Ingram in The Big Bang Theory spinoff, Young Sheldon.

And Ghosts continues to grow in popularity. Ahead of episode 4, the show received a full-season order. With more episodes on the way, Pinnock looks to bring Alberta to our TV screens for a long time.