GORDON Ramsay's daughter Holly has shown off her incredible figure as she posed for a glamorous snap on holiday.

The 22-year-old donned a tiny string bikini, featuring a orange plaid pattern, as she kicked back and relaxed in the Palm Beach sunshine. 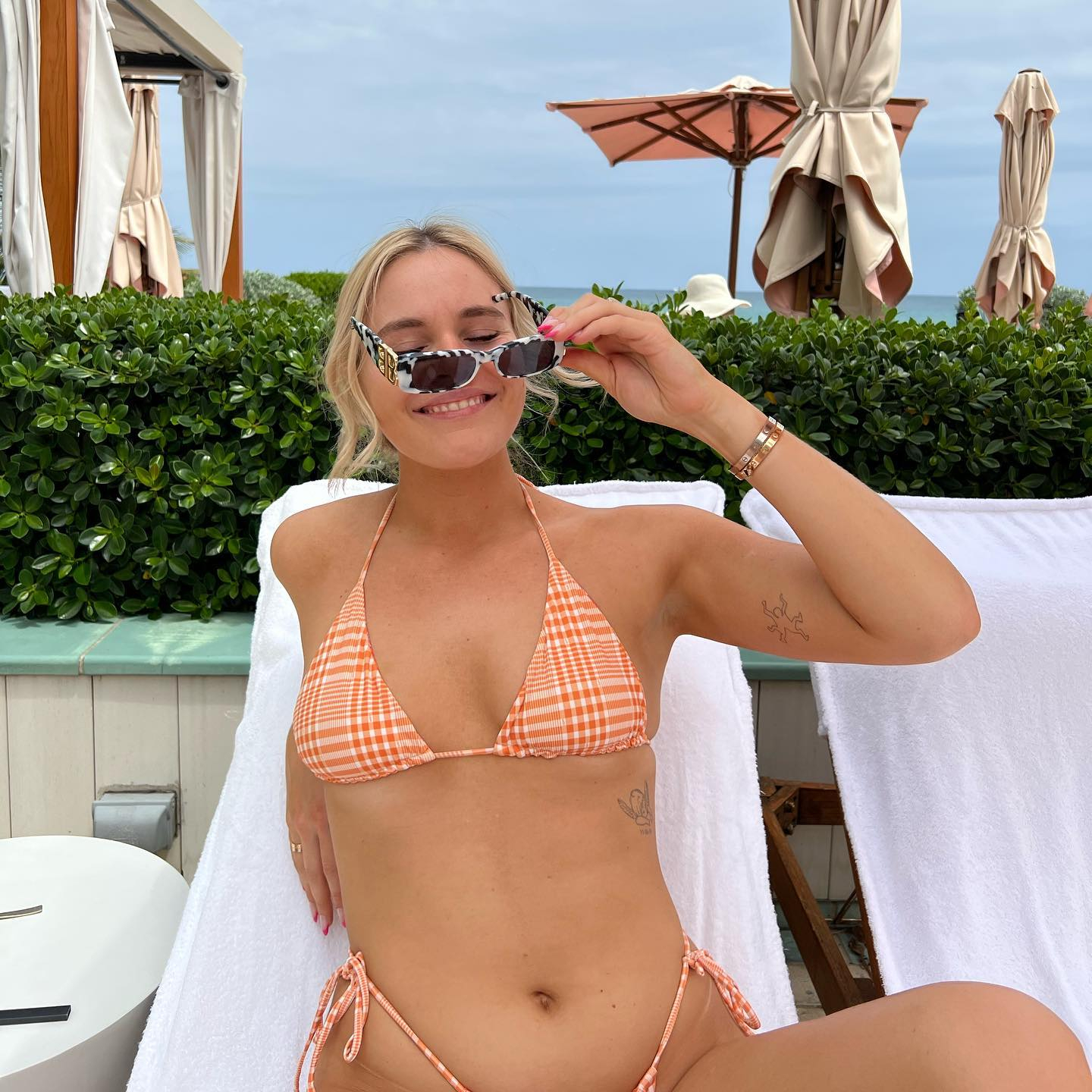 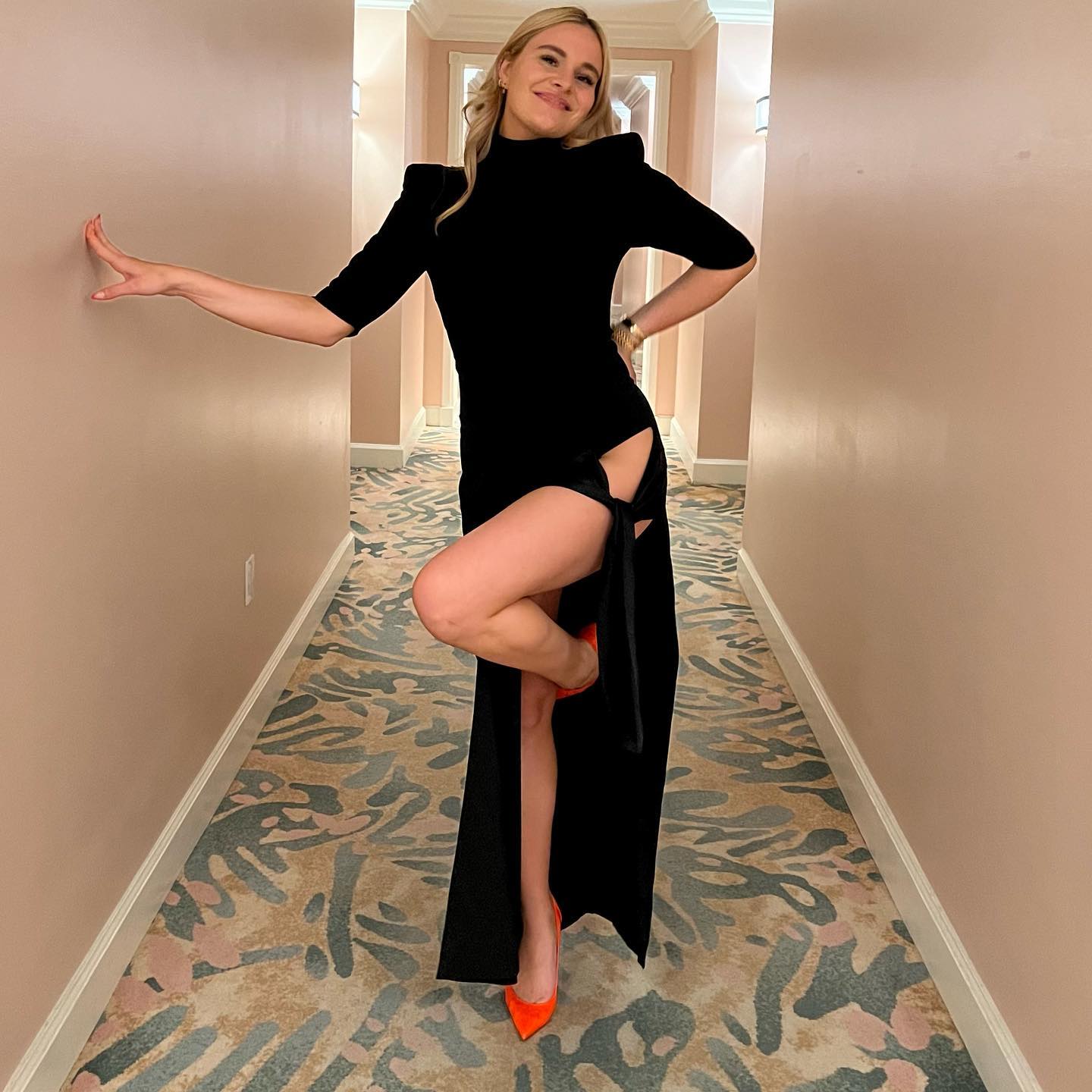 Holly and her celebrity chef dad have been enjoying their time in Florida after heading Stateside for Brooklyn Beckham's wedding.

The eldest child of Victoria and David Beckham wed actress Nicola Peltz over the weekend in a star-studded £3million ceremony.

Staying on the beach for the days after the nuptials, Holly sat back on a sunbed as she posed for an Instagram snap.

The influencer flashed her figure as she lay by the pool, tying back her blonde locks into a messy bun and going make-up free. 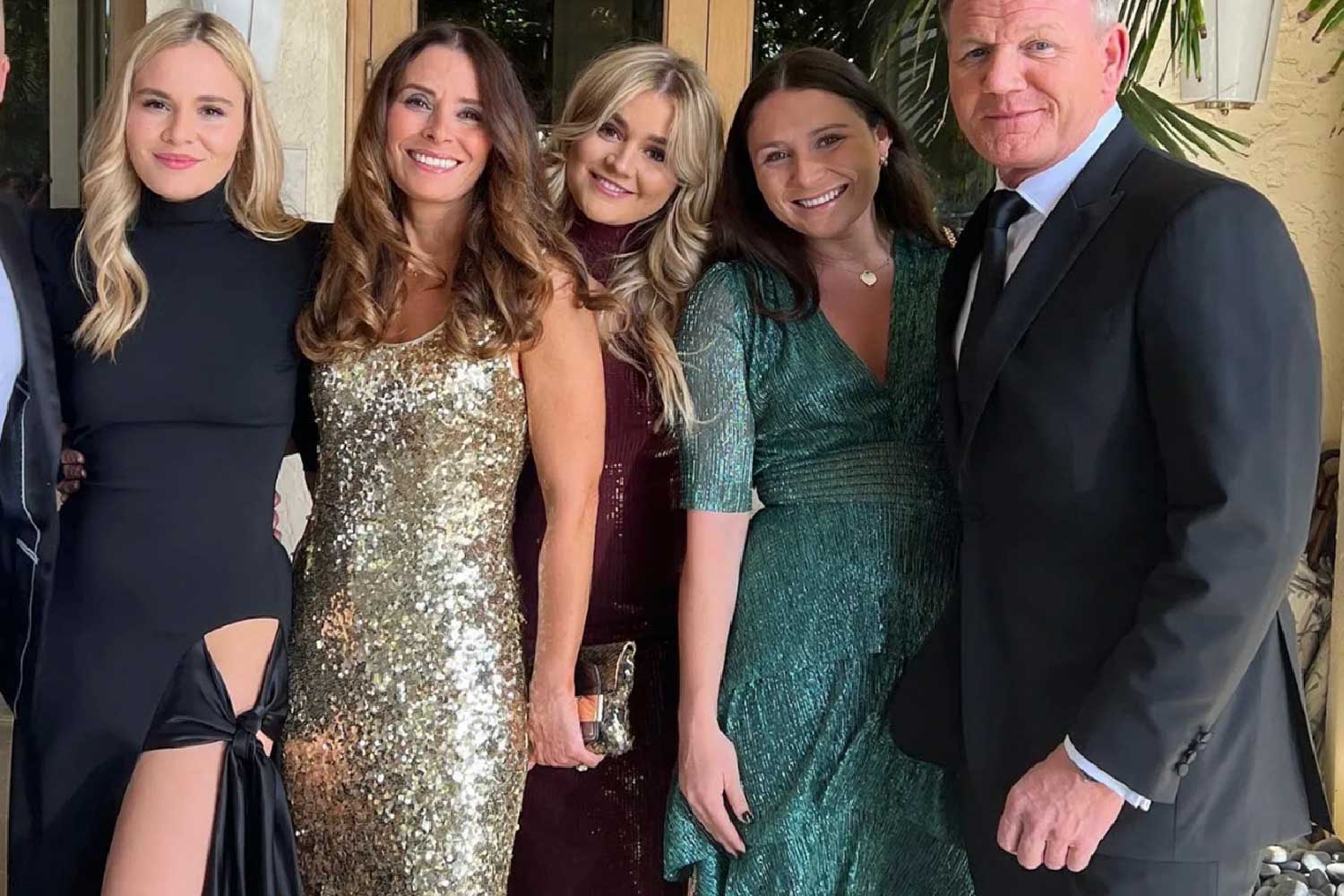 Holly showed off her tattoos as she put on her sunglasses for the photo, also showing her expensive Cartier bracelets.

"All sun and games," she captioned the snap, as her friends and fans flooded the comments section to compliment the "gorgeous" star.

It comes days after Holly and her family were seen attending the wedding of Brooklyn, 23, and Nicola, 27, at Nelson Peltz's home.

The Ramsay's – including other sisters Tilly and Megan – posed for stunning snaps as they got all dressed up for the big day.

Holly could be seen wearing a long black dress with cut-out leg and red shoes, while Tilly wore a purple gown and Megan opted for green.

The wedding party raged on until 3am, with live music and dance tunes pumping from a makeshift “nightclub”.

An insider told The Sun: “David’s speech went on for about five minutes and he looked to shed a tear at one point.

“He was talking about when Brooklyn was born and how he wanted to protect him.

“He said he was sleeping on the hospital floor, holding the door shut because he didn’t want to let anyone get in.

“David got a lump in his throat and had to stop and take a breather to regain his composure, but it was a very sweet speech.”

And in a tribute to Nicola during a pre-party on Friday night, father-of-four Becks said: “We love you so much. We are excited that you’ll be part of the family.”

Aspiring chef Brooklyn and actress Nicola got hitched in a “double-wedding” in a nod to her parents’ heritage.

They had a Catholic ceremony for her mum, and a Jewish one for her dad.

Brooklyn — who has taken Nicola’s surname as his middle name — married her in a marquee in the garden.

Nicola arrived at the altar in a Valentino dress with a veil and holding a bouquet at 6.05pm.

The venue had a white grand piano and a flower-covered chuppah — a canopy — as is traditional at Jewish weddings.

Brooklyn crushed a glass in keeping with Jewish tradition, then kissed his bride twice — once for six seconds — before they walked down the aisle to Billy Joel’s She’s Got A Way at 6.30pm.

Chef Gordon was seen hugging and joking with Brooklyn’s younger brother Cruz at the hour-long cocktail party which followed the ceremony.

Brooklyn’s mum Victoria’s old Spice Girl bandmates Mel B and Mel C were there — although Geri Horner did not go and Emma Bunton pulled out having been invited.

The happy couple had their first dance to Can’t Help Falling In Love by Elvis Presley.

Brooklyn gave a short but sweet speech and held his emotions together.

However guests said he cried when he saw Nicola in her dress at the altar.

One attendee said: “When Brooklyn saw Nicola, he shed a tear. It was expected.”

David took the mic next, but Brooklyn’s best men, brothers Romeo, 19, and 17-year-old Cruz did not give a speech.

Stars then took to the dancefloor, with fashion designer Victoria, 47, seen dancing with Brooklyn and also Latino legend Marc Anthony, who performed a one-hour gig with a band.

Brooklyn’s bash — with orchids costing £50,000 and unlimited champers — was paid for entirely by the Peltzes, at Nelson’s insistence.

The event even outdid Brooklyn’s parents’ Golden Thrones wedding of 1999, which cost £750,000 and was held at Luttrellstown Castle, Dublin.

A male relative of Nicola’s told The Sun she is “very happy” after marrying Brooklyn.

Rylan in shock feud with I’m A Celeb star as she tells him to ‘get real!’

The three-day spectacular ended with a brunch at Nelson’s nearby mansion yesterday.

Guests were made to hand over their phones to be put in security pouches, to stop any snaps being posted online.