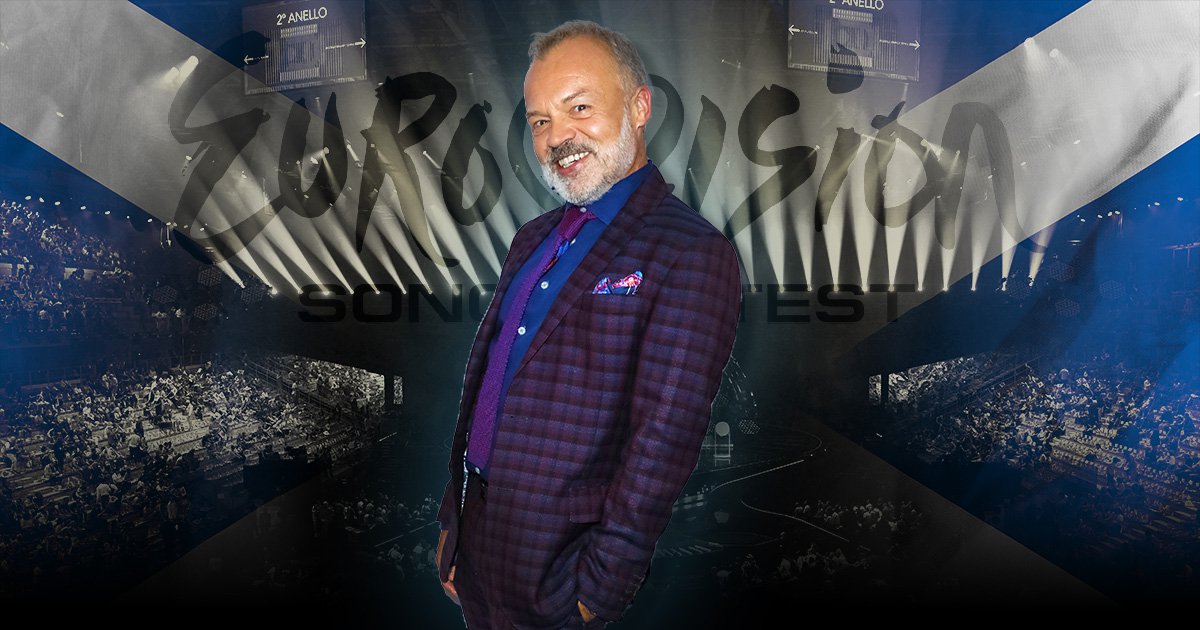 Graham Norton is set to reveal which UK city will host Eurovision 2023 on Friday, the TV host has claimed… so, which will it be?

Last month, it was confirmed that the shortlist of UK cities being considered by the BBC to host the annual event had been whittled down to two – Glasgow and Liverpool.

While Ukraine won the 2022 singing competition with their act Kalush Orchestra, it was determined that the country wouldn’t be able to host the following year due to the ongoing war with Russia.

Given the UK’s act Sam Ryder came in second place, it was decided the UK would host instead, and Eurovision commentator Graham has now suggested the final decision of the chosen city will come tomorrow.

While speaking on The Chris Evans Breakfast Show on Thursday morning, Graham explained that on Friday night, he’d be discussing next year’s Eurovision with Space Man musician Sam.

‘Myself and Sam on Friday night, we will be discussing where Eurovision is going to be, on the telly. Because we’ll know by then,’ he said, possibly referring to Sam appearing on Friday’s episode of The Graham Norton Show.

Clarifying what Graham meant, Chris responded: ‘So you’re on The One Show tomorrow night, 7 o’clock, and you’re going to be revealing…’

However, Graham then interjected, questioning if he was allowed to divulge this information.

‘I hope this is ok to say. But yes I am. Unless I’m not supposed to say this, and in which case someone else – Sam Ryder will be there opening an envelope,’ he joked.

Chris tried to assure Graham that he hadn’t made a gaffe, telling him: ‘I think you can say that you’re going to do it. The spoiler would be if you said where it was.’

The One Show is set to air on BBC One tomorrow evening at 7pm… so we’ll just have to wait and see if the big announcement is coming!

While Graham might not know whether Glasgow or Liverpool has been chosen, he recently admitted that he thought the Scottish city would ‘be a great place to have it’.

He also appeared to rule himself out of hosting, despite there being plenty of demand for him to take on the role.