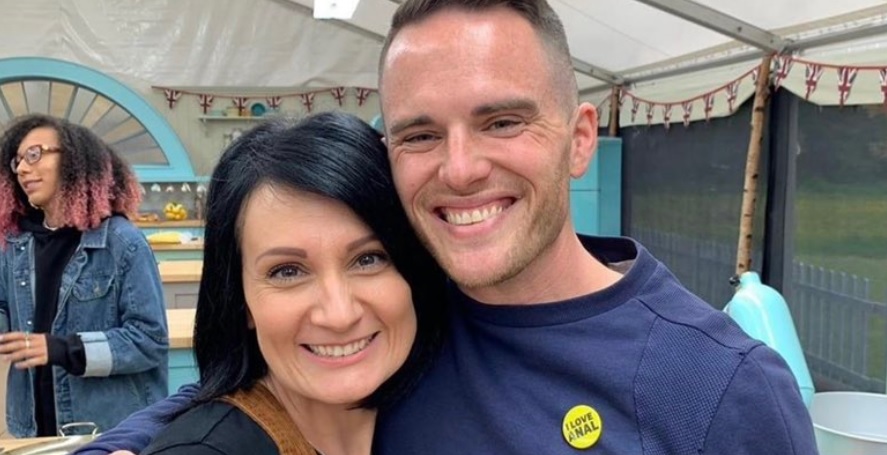 Great British Bake Off star David Atherton made a big impact back on the 2019 series of the show – but his time on the programme was nearly way more memorable than we realised.

‘Just remembering the time I tried to get away with wearing this badge on Bake Off. I got it into the tent, but then it was spotted,’ he wrote.

Had the badge snuck through, it probably would have become one of the most iconic moments on the show – right up there with #bingate and that NSFW close-up of the squirrel.

David was crowned the winner of the 10th series of Great British Bake Off in 2019 after impressing judges Prue Leith and Paul Hollywood.

The baker won over viewers during his time in the tent – it’s just a shame his inspired wardrobe choices didn’t always make the edit.

Just remembering the time I tried to get away with wearing this badge on Bake Off. I got it into the tent, but then it was spotted. pic.twitter.com/exMq9cY8mU

He beat Steph Blackwell and Alice Fevronia in the final, becoming the first winner in the history of the show to have never won a Star Baker.

Meanwhile, Great British Bake Off 2021 producers have increased security for the contestants and judges to avoid fans accessing the set.

Judges Prue and Paul and hosts Matt Lucas and Noel Fielding have all begun filming on the Channel 4 show, with everyone from the show currently in a Covid-safe bubble.

Production is taking place in the iconic tent located in the grounds of the Down Hall Hotel in Hertfordshire. The show is expected to return later this summer.

Great British Bake Off is available to watch on All4.