Four-episode limited series is based on J.P. Delaney’s psychological thriller 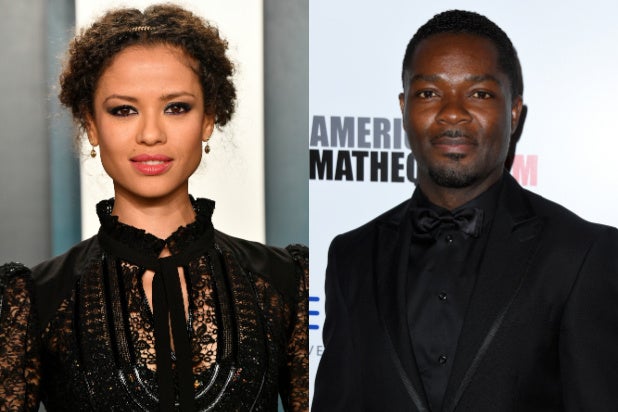 Gugu Mbatha-Raw and David Oyelowo will star on the HBO Max and BBC One limited series “The Girl Before,” the WarnerMedia-owned streaming service said Tuesday.

The four-episode limited series is based on J.P. Delaney’s best-selling thriller of the same name and will be directed by Lisa Brühlmann (“Killing Eve,” “Servant,” “Blue My Mind”).

“The Girl Before” tells the story of Jane (Gugu Mbatha-Raw), “who gets the chance to move into a beautiful, ultra-minimalist house designed by an enigmatic architect (Oyelowo),” per HBO Max’s description. “There’s just one catch: occupants have to abide by his list of exacting rules. Jane starts to feel the house changing her in unexpected ways but, when she makes the shocking discovery that her predecessor Emma died in the house, she’s forced to confront unnerving similarities. As the two women’s timelines interweave, Jane begins to question if her fate will be the same as the girl before…”

Created, written and executive produced by Delaney, “The Girl Before” is adapted from Delaney’s own 2016 novel of the same name. Along with Delaney, executive producers include Eleanor Moran, Rory Aitken and Ben Pugh for 42, Ben Irving for the BBC, and Lisa Brühlmann. Rhonda Smith will produce and Gugu Mbatha-Raw is an associate producer. Marissa Lestrade (“White Stork,” “Deep State 2”) will co-write episodes of the series.

“The Girl Before” is a co-production between HBO Max and BBC One in association with 42. ITV Studios is the international distributor and brokered the co-commission deal with HBO Max.

“We jumped at the chance to co-produce JP Delaney’s intricate mind twister, ‘The Girl Before,’ with the BBC and 42,” Jeniffer Kim, senior vice president, International Originals, HBO Max said. “With what will surely be stellar performances from the incomparable Gugu Mbatha-Raw and David Oyelowo, One Folgate Street is about to welcome new house guests from both sides of the pond.”