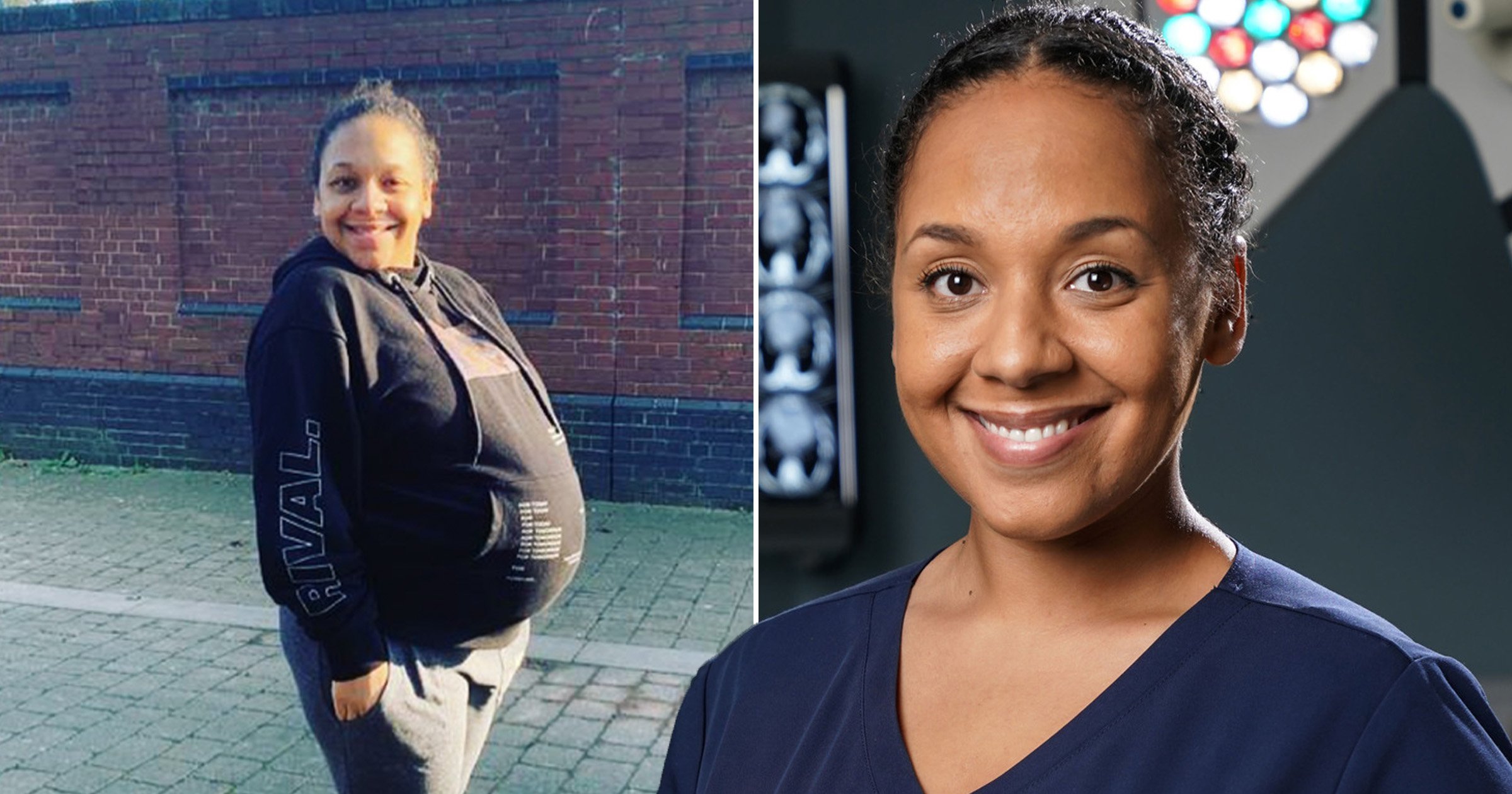 Holby City actress and former EastEnders star Belinda Owusu has revealed that she is expecting her first child.

Belinda, 31, took to Instagram to make the announcement on Sunday, sharing the happy news with her followers.

The actress showed off her baby bump with a new picture and revealed that she is 40 weeks pregnant.

Fans were quick to send their best wishes to Belinda after the announcement, writing kind words in the comments.

The actress first became known to soap fans with her role as Libby on EastEnders from 2006 to 2010.

She returned in the role after time away from 2014 to 2017. After leaving, Belinda began her role as Holby City character Nicky.

Belinda’s current storyline on Holby also sees her character Nicky find out she is pregnant.

In recent scenes, viewers saw her perform an ultrasound on herself, discovering that she was indeed expecting a child.

While fans can expect Belinda to take a break from filming the show in the future, further details have yet to be revealed.

Holby City continues on Tuesday night at 7.50pm on BBC One. EastEnders airs on Mondays, Tuesdays, Thursdays and Fridays on BBC One.