DONALD Trump was met with huge applause when he walked out on stage at the Conservative Political Action Conference (CPAC) in his first appearance since leaving office.

Walking out to 'God Bless the USA,' the CPAC crowd went wild for the former president and then chanted "USA" after the song ended.

"Do you miss me yet," Trump asked the crowd as they cheered.

"In just one short month, we've gone from America first to America last."

"But who knows, I might even decided to beat them for a third time," Trump added as people gave him a standing ovation and began hugging the other. 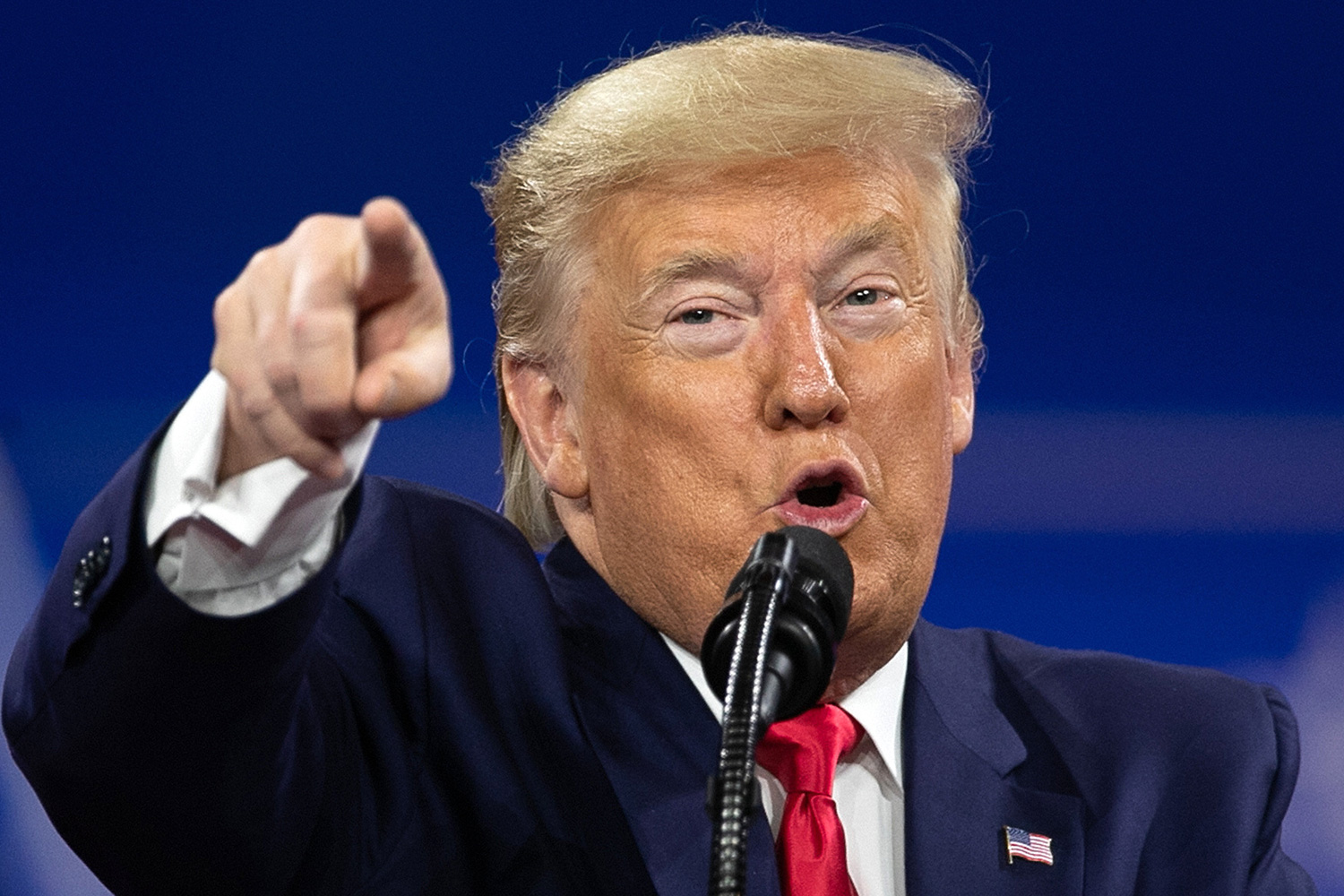 Trump continued down, tiptoeing whether he might run in 2024.

"The incredible journey that we've begun together," he said, "And it's far from being over."

"Our work is just getting started and in the end, we will win," he said to a roaring crowd. "We've been doing a lot of winning."

"We will be victorious and America will be stronger and greater than ever before."

"We're not starting new parties," he said regarding rumors of him starting a new party. "No that's fake news. We have the Republican party."

"Let's start a new party so we can divide our vote so we could never win. No we're not interested in that," he said, pointing at "numbers" without citing what the numbers referred to.

"We all knew that the Biden adminstration was going to be bad, but none of us could ever imagine how bad and how far left he could be."

"We didn't know what the hell he was talking about actually," he said to a laughing crowd.

"When I left," Trump said, "we created the most secure border in US history."

"The wall has been amazing," he said while referring to "little sections in little areas" that aren't being built.

Trump then proceeded to bash the Biden administration on his lack of border security and deportations.

"But the Biden administration is with the vile coyotes back in business," he said, "under the new administration, catch and release has been restored."

"This should be reason enough for Democrats to suffer withering losses and to lose the White House decisively four years from now," he said to the crowd that chanted "USA."

He then bashed Chris Wallace for his role moderating the presidential debate, ensuing "boos" from the crowd.

"It's going to bail out badly run Democrat cities" he said of Biden's $1.9 trillion Covid stimulus package before "calling on Joe Biden to get America's schools open and open now."

He claimed to give the Biden administration a "modern-day medical miracle" for the two Covid vaccines. "You'd lose hundreds of millions of people" if it weren't from Trump, he said.

Trump's speech will be about reuniting the Republican party, which saw a heavy schism under his presidency, and especially after the failed coup attempt on January 6 after he urged his supporters to "fight like hell" and storm the Capitol.

"We are not starting new parties, and we will not be dividing our power and our strength," Trump will say, according to an excerpt of the speech obtained by Fox News.

"Instead, we will be united and strong like never before."