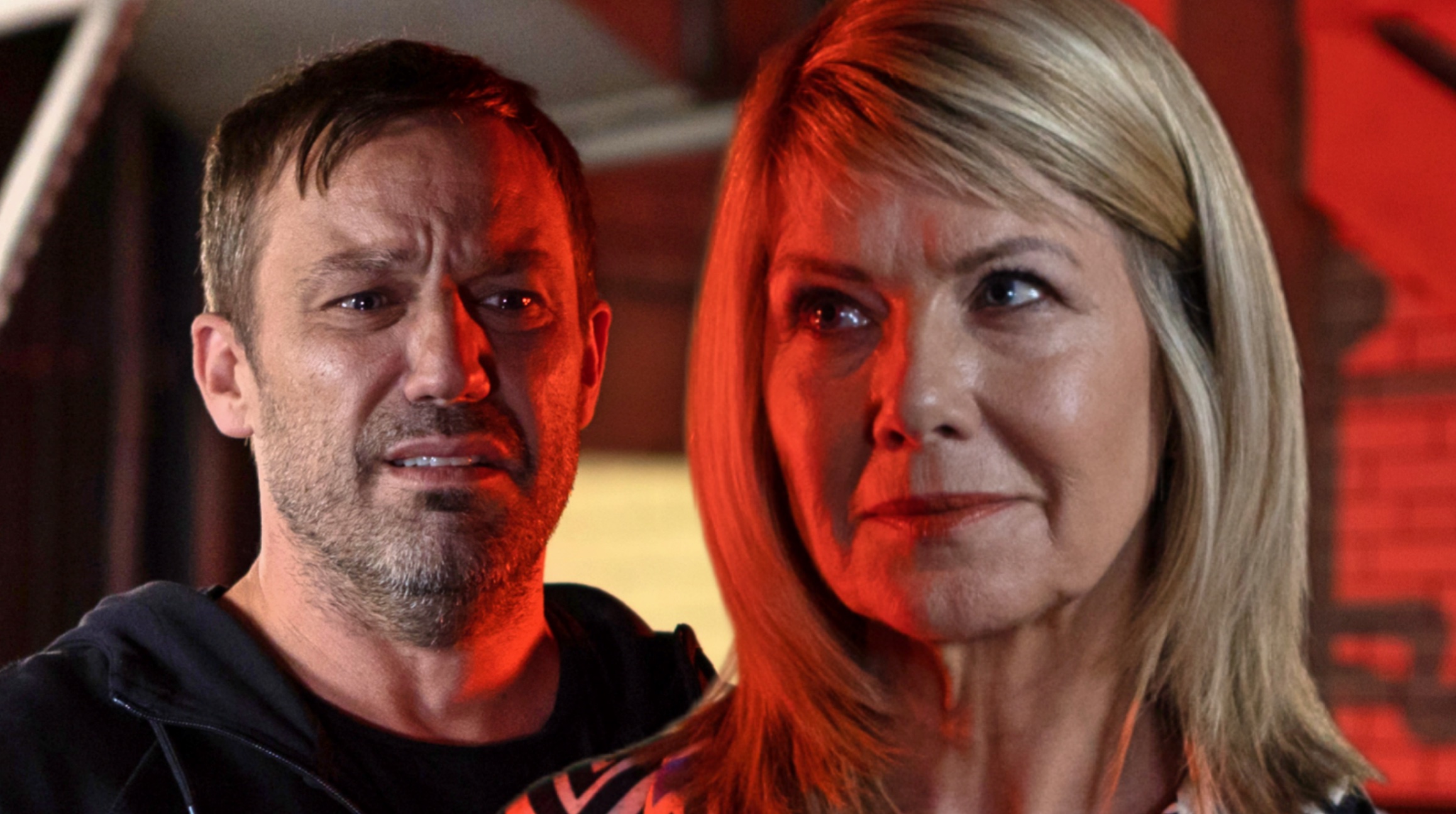 It’s not often that Hollyoaks legend Warren Fox (Jamie Lomas) is rendered speechless, but that’s exactly what happens when Norma Crow (Glynis Barber) drops the mother of all revelations next week.

Norma, known to her associates as The Undertaker, has made quite the impression on a number of residents of the eponymous village since making her debut earlier this year, but perhaps none more so than on Warren.

The gangster saved Warren from death, instructed him to murder Sienna Blake (Anna Passey) and orchestrated an attempt on his son Joel Dexter’s (Rory Douglas-Speed) life.

Warren, quite clearly, isn’t a fan of her penchant for threatening the lives of the ones he holds dear, and he’s made this known to her on a number of occasions, but despite the threats he’s made on her life, Norma has repeatedly made it clear that she’s not to be trifled with.

What’s more, she’ll do whatever the hell she pleases, and sod anyone who tries to tell her otherwise, something Joel finds out for himself next week when he receives a leaflet for his own funeral service!

Unable to deal with Norma’s threats, the former vicar relays his discovery to Warren, who vows to sort it, making it quite clear that nobody messes with his kids and gets away with it!

Warren reckons he’s got the upper hand this time, as he sets out to put a stop to Norma once and for all, but little does he know what she’s got in store for him.

Yes, Norma drops a huge revelation that pretty much changes everything. The question is: just what is it?

That remains to be seen, but before he has a chance to process the news tragedy strikes!

The two of them are plunged into the depths below, as they’re caught up in the horrifying explosion that takes place within the village on the week in question.

Warren and Norma both end up in hospital, and Warren soon wakes up -determined to get answers in the wake of his shock discovery.

But will Norma be able to provide him with what he’s after?

One to watch: Wednesday September 28 at 7pm on E4.