Susanna Reid diffused tensions on the ITV breakfast show after a climate change campaigner accused Good Morning Britain of missing opportunities to tell the British public the truth. The row began when the panel discussed protests on the Silverstone Grand Prix track.

A row between presenter and former politician Ed Balls and guest James Skeet left Susanna Reid to put out the fire as tensions exploded.

The pair were discussing the recent stand off at Silverstone during the British Grand Prix this weekend.

Seven people were arrested after blocking the track during a race red-flag for a major incident on the first lap which saw a number of cars involved in a huge crash.

Feathers were first ruffled after Ed likened the work of the Silverstone track protestors to terrorist attacks. 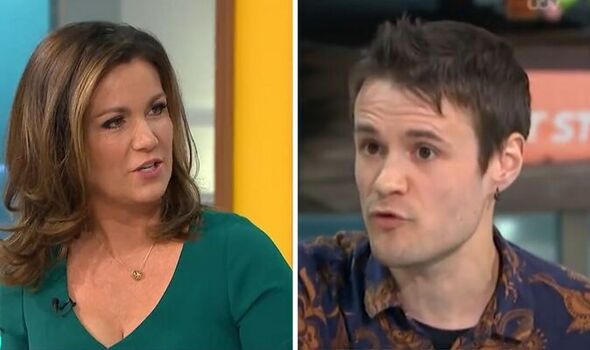