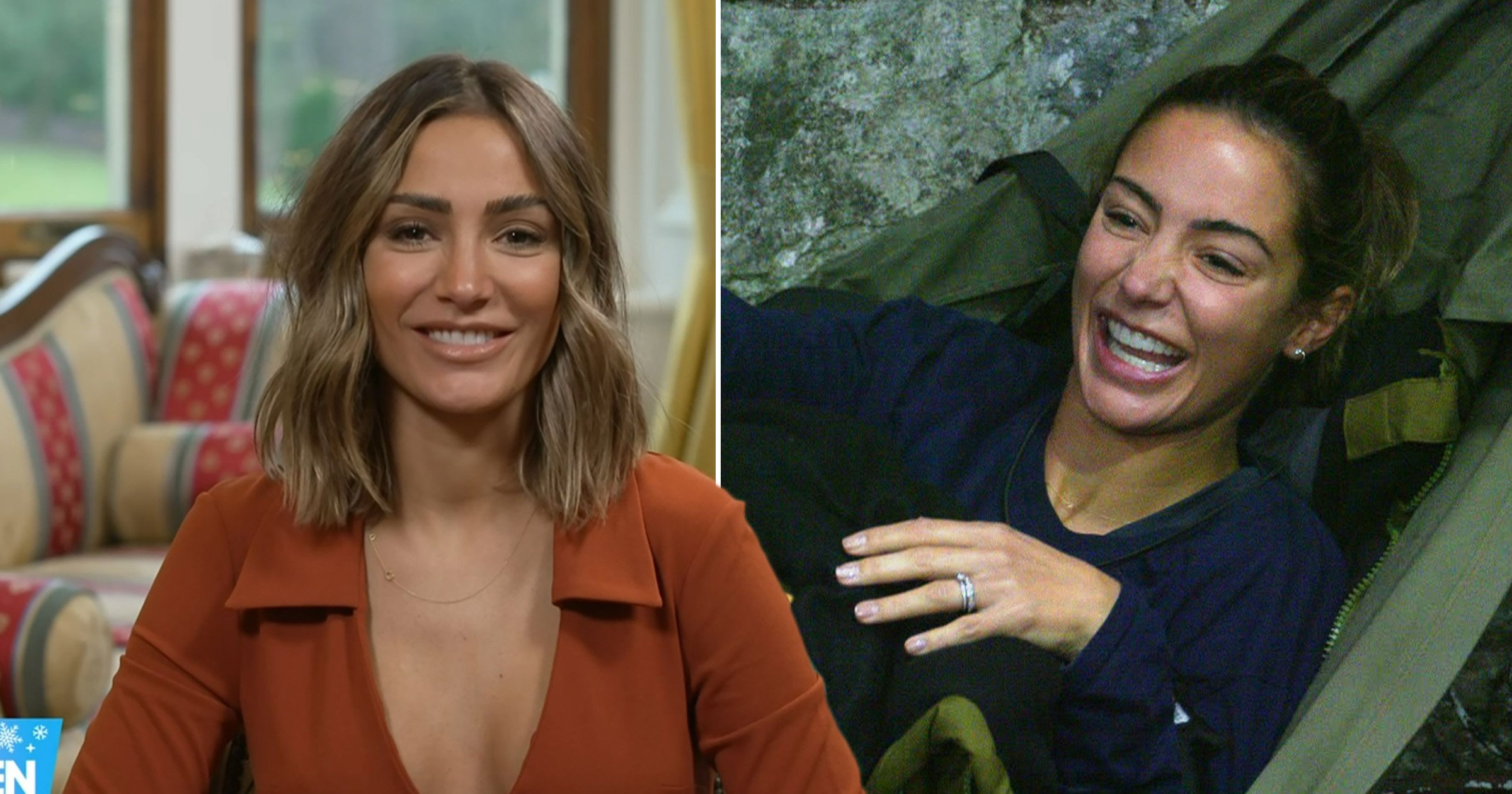 Frankie Bridge is finally back home and reunited with her sons following the I’m A Celebrity… Get Me Out Of Here! finale.

After flying back from the Welsh castle, Frankie, 32, settled in for a cosy night at home with husband Wayne and their sons Carter and Parker – away from the creepy crawlies and uncomfortable beds.

In her first Instagram post since returning home, the TV star is seen posing with both sons on either side of her.

She wrote in the caption: ‘Reunited and it feels so good! ❤️ back with all my boys… back on a sofa… back home! 😍 Thank you to everyone who voted for me on @imacelebrity I still can’t quite believe it… what a crazy ride!’

This Morning’s Dr Zoe Williams commented: ‘Awww sending huge hugs. You did so well. Very very proud of you.’

Made In Chelsea star Ashley James said: ‘Absolutely smashed it.’

It comes after Frankie’s ex-footballer husband Wayne, who himself appeared on I’m A Celebrity in 2016, took to Instagram and shared a message saying how ‘special’ his wife is – and how proud he and the couples’ two children are of her.

He shared a clip of Frankie lying in a chamber full of snakes, before telling his followers: ‘@frankiebridge you are [one] special women me and the boys are so proud of you [sic]’.

Wayne added: ‘Thank you to everyone who voted and all the lovely messages’.

Frankie spoke after leaving the castle, and said that she was just pleased she got further in the competition than Wayne did during his time on the programme.

‘Now, your husband Wayne Bridge did the show in 2016 and you said you wanted to beat him. He came in fifth, you came third, you’ve done it,’ Dec said.

‘I’ve done it! We can have a long and happy marriage now,’ Frankie joked.

‘I really like to push myself and do things that take me outside my comfort zone,’ she added, explaining her decision to take on the programme.

‘Being quite a naturally anxious person, I wanted to prove myself wrong on things I’m really scared of.’