David Boreanaz has been keeping television fans entertained as Jason Hayes AKA Bravo 1 on hit drama SEAL Team for five years and counting.

While the actor is known for both his role in the naval drama and previous turn as Angel in teen drama Buffy the Vampire Slayer, his personal life hit headlines in 2011 when it was revealed that he’d had an extramarital affair. However, David and his wife Jaime Bergmann are still together over a decade later.

WATCH: Are you a fan of SEAL Team?

In 2010, when David was starring in the network drama Bones, he admitted that he had been unfaithful to Jaime, who is his second wife. He tied the knot for the first time in 1997 with Ingrid Quinn, but things didn’t work out, and they separated two years later. He and Jaime – who was pregnant with their second child at the time of the affair – have been married since 2001.

MORE: 5 shows to watch if you can’t get enough of NCIS

While the actor remained tight-lipped about the identity of his lover, reports and photos later emerged that the woman was Rachel Uchitel, a nightclub manager who had also been embroiled in Tiger Woods’ cheating scandal. 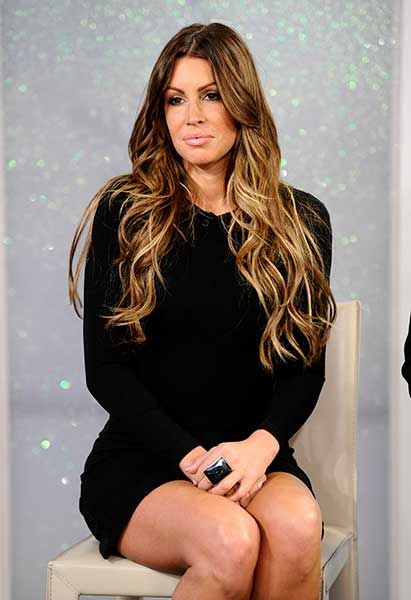 However, since then, David has maintained that the affair ultimately brought him and his wife closer together. Not long after David was forced to admit his infidelity (his former mistress had threatened to contact media outlets), the couple entered marriage counselling in order to work through their problems.

And speaking a year on from the incident in 2011, the 53-year-old claimed that the couple were able to successfully reconcile after confronting the trauma caused by the cheating.

“[It became] a bonding experience, in the long run. In a sacred ground like marriage, you find yourself out of it at certain times for reasons unknown that can be destructive,” the actor told TV Week at the time.

“There could be a demon that kind of comes out and overtakes you. Do I believe in giving up? No, I don’t. I’m a fighter. I’m a lover.”

Jaime herself said she was keen to try to repair their relationship but admitted that she was “still angry” and “still hurt”. “It took a crisis, it took infidelity to get us off our asses and work for what we want,” she told People. “We do the best we can. That s all we can do.”

The couple wed in November 2001, just nine months after they met during a Valentine’s Day party at the Playboy Mansion, where Jaime was one of the Playboy models. The couple’s children, Jaden and Bella, are now 20 and 13.