Intruder: Burglars break into the home

Starring Sally Lindsay as a family liaison officer, Intruder began on Channel 5 on Monday, with high-flying married couple Rebecca (Elaine Cassidy) and Sam (Tom Meeten) finding that their seemingly perfect lives are thrown into chaos after two local teenagers, Tommy and Syed, break into their luxurious coastal house. Opening up on filming the series, the cast spoke to Express.co.uk about the locations for some of the dark scenes.

Speaking to Express.co.uk about memorable moments of shooting the explosive drama, the cast spoke about the scenes shot in the caves off the coast of Ireland.

Elaine, who has starred in The Ghost Squad and The Paradise, said: “Being in the caves [was the most memorable part].

“We predominantly filmed on the east coast, so North Dublin and North Wicklow, which is the county just below Dublin, so we had to go over to Galway, to the west of Ireland, and we filmed in the caves for two days.”

The cave scenes are the backdrop of some heavier parts of the storyline, which see Sam and Elaine’s relationship take a sinister turn. 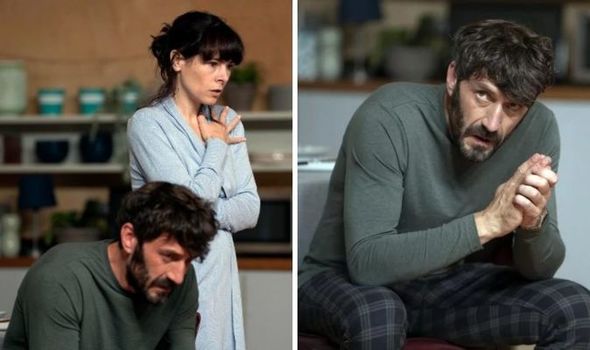 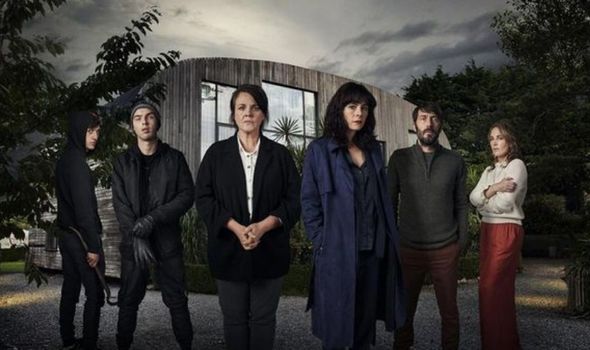 Elaine added: “I’ve never been to those caves before, and you know I think the crew were getting really excited because I think,

we are like travelling gipsies in this industry, and you start getting itchy feet if you’re in the same place for too long so you kind of welcome the next location because you go ‘okay we’ve done that bit, let’s move on to the next one’.

“And they were really excited because it was kind of more reminiscent of normal filming on location because all the crew were all put up in the same hotel.

“But when we got there, there was another new energy and the caves were actually warmer than outside.” 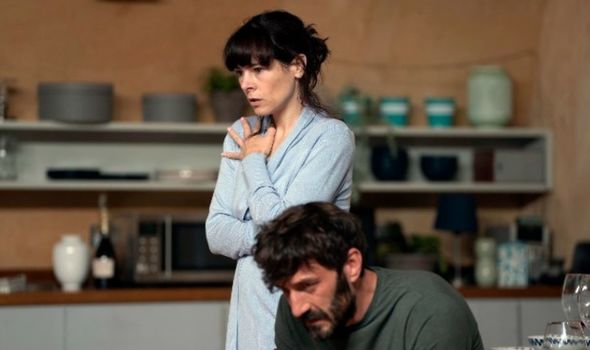 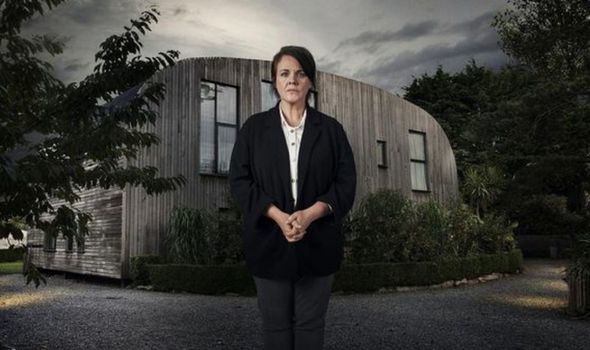 Early episodes show officer Bailey (played by Sally Lindsay) becoming embroiled in the ensuing investigation into the robbery at Rebecca and Sam’s home.

Those involved head down a dangerous path of cover-up, corruption and murder in the edge-of-your-seat thriller.

The caves add another dimension to the drama, but the cast was able to appreciate the location after Covid had restricted normal filming practices and being in larger groups.

Elaine added: “It was so lovely because it pelted it down with rain, but we were in this lovely little kind of safe cocoon in them.

Tom Meeten, who plays Sam, said: “I would echo about the caves, it was very exciting. And of course, I had to pretend to have claustrophobia, but I’m not particularly claustrophobic.

“But Gareth, the director who wrote it, has actually got quite bad claustrophobia, so he was struggling in caves which I found quite amusing.”

The first two episodes have already aired, but ultimately the show has seen a negative response from audiences so far.

Some viewers have been left less than impressed by the drama and decided to “switch off” just minutes into the episode yesterday.

“They were spectacular. We were even lucky enough to see some bats, which I felt was really special.

“And to top it all off, for me personally, my niece actually played young Rebecca in the piece, and so I got to spend social-distanced time with her because we weren’t in the same bubble, but I got to hang out with my sister and my niece.”

The scenes feature a younger Rebecca exploring the caves, showing viewers another side to her character and allowing them to add up elements of her past.

With Rebecca experienced in searching the caves, those tuning in to tonight and tomorrow’s episode may be left wondering what she’s capable of while in them.

One viewer tweeted: “#Intruder turning off can’t watch another minute of this tripe.”

Another said: “Should have switched off at 2 mins but I stretched to 5. Struggled to 10 mins and gave up. Painful to watch and I won’t be wasting time on the rest of it.”

One viewer went as far as to say it was the worst thing they’d ever seen on TV.

“I’m switching it off before I cringe to death on my own sofa,” they tweeted.

A fifth said: “Intruder is awful. One and a half episodes and that’s it. Delete, cancel series link.”