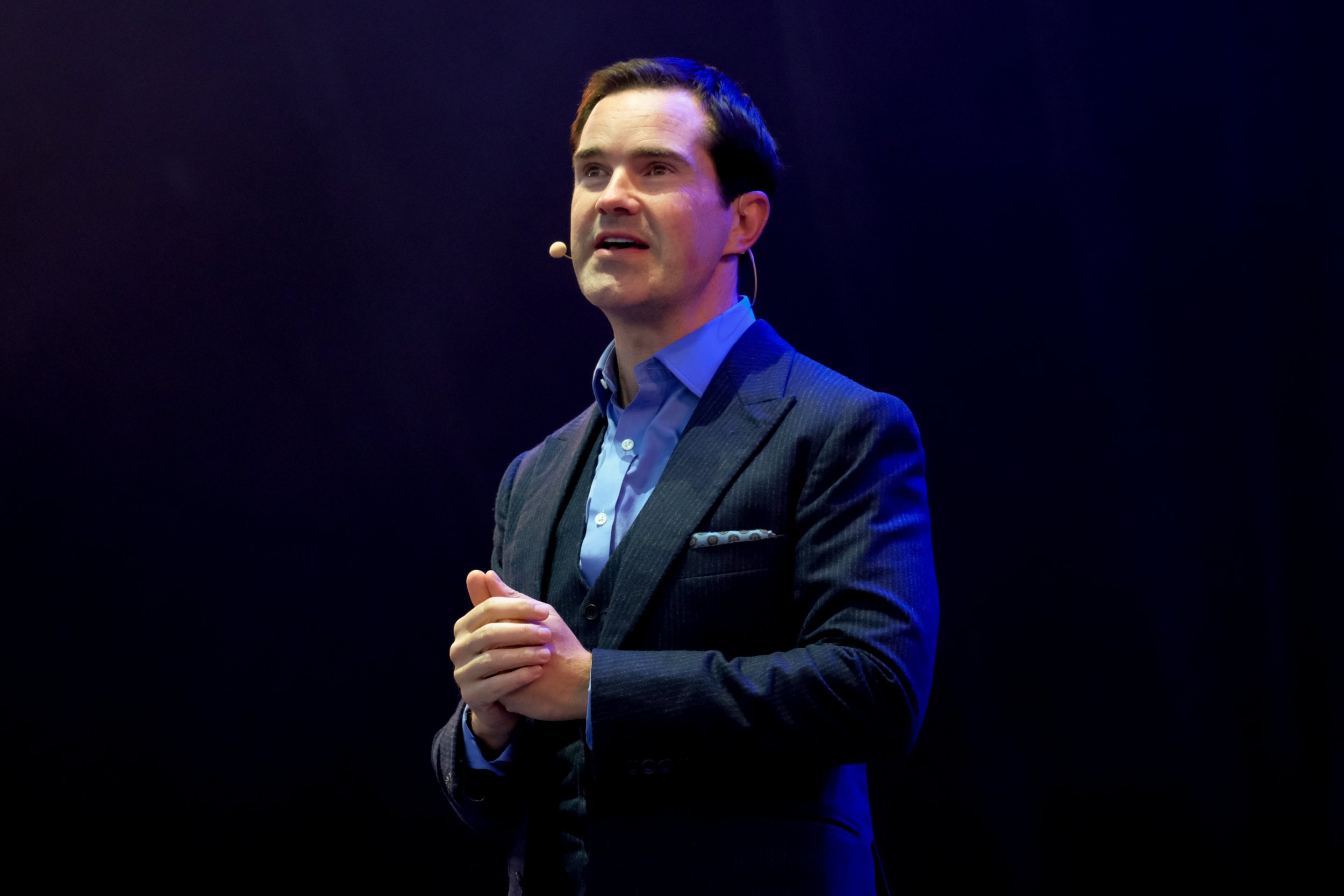 Months after Jimmy Carr came under fire for making a joke about the Holocaust, he has used another sensitive subject for comedy material, bringing up 9/11 and Osama Bin Laden.

Earlier this year, the comedian received heavy backlash following the release of his Netflix special His Dark Material, where he described the deaths of thousands of Roma and Sinti people at the hands of the Nazis as ‘positive’.

Despite the torrent of criticism, Carr, 49, has once again sparked shock and anger with his choice of content, which came up in the recently-released The Best Of Netflix Is A Joke: The Festival.

In the short clip, which was filmed during the Netflix Is A Joke Comedy Festival from a few months back, the 8 Out Of 10 Cats host began by saying that when he dies, he wants One Direction to do a BTS covers medley at his funeral ‘because that way, I’ll be glad I’m dead’.

‘Now you might think this is silly, but I assure you, it’s absolutely true. When Zayn left One Direction, for me, it was like 9/11. Yep. I didn’t care about that either,’ he then added, prompting shrieks, laughter and clapping from those in attendance..

The comic then noted how there appeared to be a ‘real generational divide’ among the audience, as he compared those reacting with shock to his reference to 9/11 and others who seemingly took more offence at his dig at the boy pop group.

He then made one more 9/11 quip in the clip included in the Netflix special, saying: ‘I was actually supposed to be on one of the planes on 9/11, but the more interesting story is how I met Osama.’

A TV insider emphasised that for the Netflix programme, which includes clips of various comedians’ performances at the festival, ‘they could have selected anything from the event’, adding: ‘There was plenty of material to choose from the quickfire comic’.

They added: ‘Many will wonder why they chose this gag to include as part of their “Best of” show.’

When Carr’s joke about the deaths of Roma and Sinti people in the Holocaust received backlash, numerous people spoke out to condemn the gag, including Boris Johnson.

Mr Johnson’s spokesperson said: ‘Obviously, those comments are deeply disturbing and it is unacceptable to make light of genocide.’

Meanwhile, TV watchdog Ofcom insisted there would be ‘real value’ in regulating the content on Netflix following the outrage.

The chief executive of Ofcom, Dame Melanie Dawes told Channel 4 News at the time in February: ‘I can certainly see that there’ll be real value in that. Yes. And so we would welcome any chance to work on that.’

‘I can really understand why a lot of people found that very offensive and as you say, we don’t regulate Netflix at the moment, they’re underneath the Dutch regulator,’ she said.

‘And I think that is a concern because it means that for viewers, it’s really confusing that they’ve got different standards applied, for example, to Channel 4 News than they have to YouTube and other services, including Netflix, that come streamed on to our TVs.’

Metro.co.uk has contacted reps for Netflix and Jimmy Carr for comment.