Even as “Top Gun: Maverick” has united military power with box office success, this is not an easy time for Americans to feel patriotic. No matter how much the film industry foregrounds its progressive bonafides, it operates in service of a country defined by division and retrograde politics that feel like a supercharged version of the ones in circulation when the first “Top Gun” came out nearly 40 years ago. This weekend’s July 4th fireworks may strike some of us as less celebratory than symbolic of the explosive mess we now find ourselves fighting our way through.

I started writing this weekly column in January to address challenges and deficiencies in the film community that could be addressed with constructive solutions. Halfway through the year, it has become increasingly clear that many of the problems facing the fragile culture of making movies are unique to the frailties of U.S. society. In a country where the government barely supports the arts, studios don’t invest in emerging storytellers, and creative freedom is non-existent, it might seem futile to even bother thinking about how America can improve its ecosystem for creators when so much of it is far behind the rest of the world. And anyway, we have so many bigger problems to face.

So here’s my usual optimistic spin. July 4th should be a celebration of how everyone in America can fight for progress, despite the daunting odds, in whatever little corner they consider their battlefield. In my own version of that arena — let’s call it Kohn’s Corner — I see a vibrant community of filmmakers, distributors, programmers, agents, and others working to keep American cinema alive and relevant to the larger identity of this country. And that itself is a patriotic act.

With all of that in mind, I’m inaugurating a new annual feature in these parts called July 4th for the Film Community: Four ways that people in this industry could move the needle on keeping movies alive and impactful in this country regardless of how futile it might seem.

Make the case for data transparency.

America dominates the global film market, but just because the entire world wants to work with major streamers doesn’t mean they’re happy about it. So long as everyone from Netflix to Amazon declines to share data on the way films perform on streaming platforms, these industry leaders are giving the country a bad name.

Filmmakers have grown especially frustrated over the inability of knowing whether their work has succeeded on major platforms. This challenge is especially relevant to the lower-budget sector. In a future column, I’ll take a deeper look at streaming entities that have output deals keeping several major arthouse distributors in business. This financial model shows some promise for the sustainability of the specialty business, but it leaves the creators in the dark.

“Streamers need to open up their books and develop a royalty system commensurate with what creators have been paid in the past for post-theatrical rentals and sales,” the director of a 2022 specialty release, who spoke on condition of anonymity, told me recently. Of course, most companies don’t want to expose data in a way that requires them to spend more money. That’s capitalism for you. But that means filmmakers themselves at every level of the business have a responsibility to foreground the financial hurdles this system is creating for them. “I really think filmmakers need to start being more transparent and open about the financial realities,” the director told me, “even though it feels bad or crass to do so.”

Box office reporting is showing some measure of optimism about the future of moviegoing in the U.S., and that should please every level of the business. Even people I know who work on far more esoteric movies than “Top Gun: Maverick” and “Elvis” are celebrating the success of these films because they suggest people are getting back in the habit of going to movies. With time, that could have a trickle-down effect on arthouse cinemas, which obviously need this support more than giant multiplexes.

Plenty of arthouses do manage to book studio films in a bid to attract audiences, but they’re often competing with major chains nearby. If you’re a moviegoer and have the luxury of options, go with the independent arthouse every time. Studio bookers, meanwhile, need to consider the potential upside of booking with arthouses in tandem with multiplexes: These are the theaters that cultivate diehard moviegoers. Without that ongoing commitment, the AMCs of the world may as well just call it a day and start playing sports.

The work being done at many arthouses is the frontlines of film culture, but many of them require some semblance of Hollywood product to survive. “You want to be responsive to your community and play very popular movies,” said Dylan Skolnick, who runs the Cinema Arts Centre on Long Island and currently serves on the Art House Convergence Transitional Working Group, which is in the process of rebooting the national network for arthouses. “But you don’t want to lose what you are, and have a commitment to more than just the bottom line.” When people go see commercial movies at an independent theater, they may come across other programming options, including repertory offerings and foreign films. This diversity of offerings is essential to keeping the concept of movies as a vital art form present in our culture.

“Everything Everywhere All at Once” may be an anomaly in terms of arthouse box office success at the moment, but the very existence of a movie so innovative securing a long-term commercial lifespan speaks to the potential for bold storytelling about the specificity of the American experience to break through. “Everything Everywhere” didn’t make bank exclusively because it’s a beautiful ode to the Asian American experience, but it proves that the centralization of marginalized people at the movies can yield powerful returns in the right hands. What other demographics are being left on the table?

Consider this situation in Hollywood terms. Let’s say you’re a big studio executive and your main priority is making money. Maybe you’re Disney CEO Bob Chapek, you just renewed your contract for another three years, and you know you can deliver on the bottom line. But you have an optics problem. You resisted taking action on Florida’s homophobic and oppressive “Don’t Say Gay” bill and alienated talent when it demanded better pay. Now you’ve learned the hard way that even if representational milestones don’t mean much to you personally, you’re facing a nasty headache of backlash when you ignore pressure to diversify your product. And yes, even with “Wakanda Forever” on the books for December, you still have a lot of work to do. 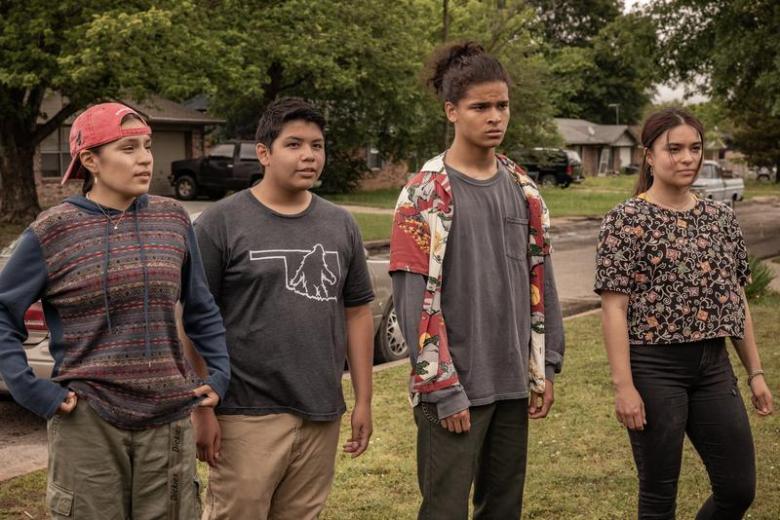 One key task ahead is to consider the kind of stories America is known for and where the gaps lie. What is the identity of this country and how much does its product reflect that? One of Hollywood’s biggest blinders is indigenous storytellers — that is, the O.G.s of American identity overdue to see themselves better represented onscreen. The only indigenous director making massive strides in this system is Taika Waititi, but he’s from New Zealand. In between his Marvel gigs, Waititi himself has been doing great work supporting native filmmakers like Sterlin Harjo, whose “Reservation Dogs” is one of the great new shows on TV. But as Waititi recently told me in an interview running soon in these parts, the worst thing that could come out of that show’s success is more shows exactly like it. “There should just be that show, and then we should go have stupid romantic comedies and space adventures with indigenous content,” he said.

Taika’s got enough on his plate, but studios ought to be looking for more indigenous producers who can help address this gap on American screens. That means people like Bird Runningwater, who ran the Sundance Institute’s Native Program for several years and recently left to work as a producer. Last fall, Runningwater signed a first-look deal with Amazon Studios, which was wise to make that move. There are many other indigenous producers who could benefit from studio support, in part because a substantial audience of over five million Native Americans in the United States craving the chance to be seen onscreen.

If you’re not familiar with this side of the representational equation, then “Reservation Dogs” is a terrific place to start. It’s Hulu, so get cracking. Here’s more on the subject from indigenous creators.

So, Bob, your next order of business is realizing that helping society is good for business. Remember that “Don’t Say Gay” backlash when you tried to resist taking a stance. Just wait until your company tries to keep making movies in states with attractive tax breaks that outlaw abortions. Is it possible for Disney or another major studio to pull out of, say, Georgia? The pushback from talent would have to be pretty extreme.

Here’s another idea: If you keep working places with undeniably unethical laws, support leaders who can change them. Look for film projects that reflect a more positive direction for the country. If you’re Amazon, take a risk on the next “Borat” sequel (if Sacha Baron Cohen is willing to come out of retirement once more!) or find other opportunities for product that can both please audiences and impact the national discourse in bold, exciting ways. Let the artists infuse their work with activist intent in ways that stir the national discourse. Sure, some facet of the country will get annoyed or worse, but you know what that means? Word of mouth! Which is a key factor in getting people to go back to the theaters. If you can make lucrative product and stay on the right side of history, everybody wins except the bad guys. And you don’t want to be one of those.

America is a country of contradictions, and Hollywood is no exception. It’s infuriating for many of us on a daily basis. But if you’re going to spend time assuming that resistance is futile, the battle is already over. If July 4th has any legitimate value, it’s a reminder that working toward a better future should never feel like a lost cause.

As usual, I encourage readers to share their own ideas, argue with mine…or just call me an idiot, as long as you can back it up: [email protected]