Kate Garraway revealed that she smelled pretty grim when she met Prince Charles at the Prince’s Trust Awards this week.

The Good Morning Britain presenter, 55, presented an award at the Prince’s Trust Awards on Tuesday, which will air on ITV this evening, but ended up a bit dishevelled before she arrived.

Kate revealed that she smelled ‘like a wet dog’ and had hair resembling Monica Gellar from Friends during a holiday where the humidity played havoc and cause her frizzy hair to expand to enormous proportions in the sitcom.

She joked to co-host Ben Shephard: ‘Well, first of all I smelled really bad! Because I’d run to the event, and it was on Tuesday with those crazy downpours, so I got absolutely soaked and as I went into the warm room, I started to smell a bit like a wet dog!

‘You know that thing where it just starts to steam off you? By the time you see it go out on air tonight, my hair is like that scene with Monica in Friends.

‘So I was already feeling a bit sweaty and uncomfortable, he came along and was chatting – you can see Felicity Kendal there, and Tim Peake, and we all presented the award together, Mel C over his shoulder as well.’ 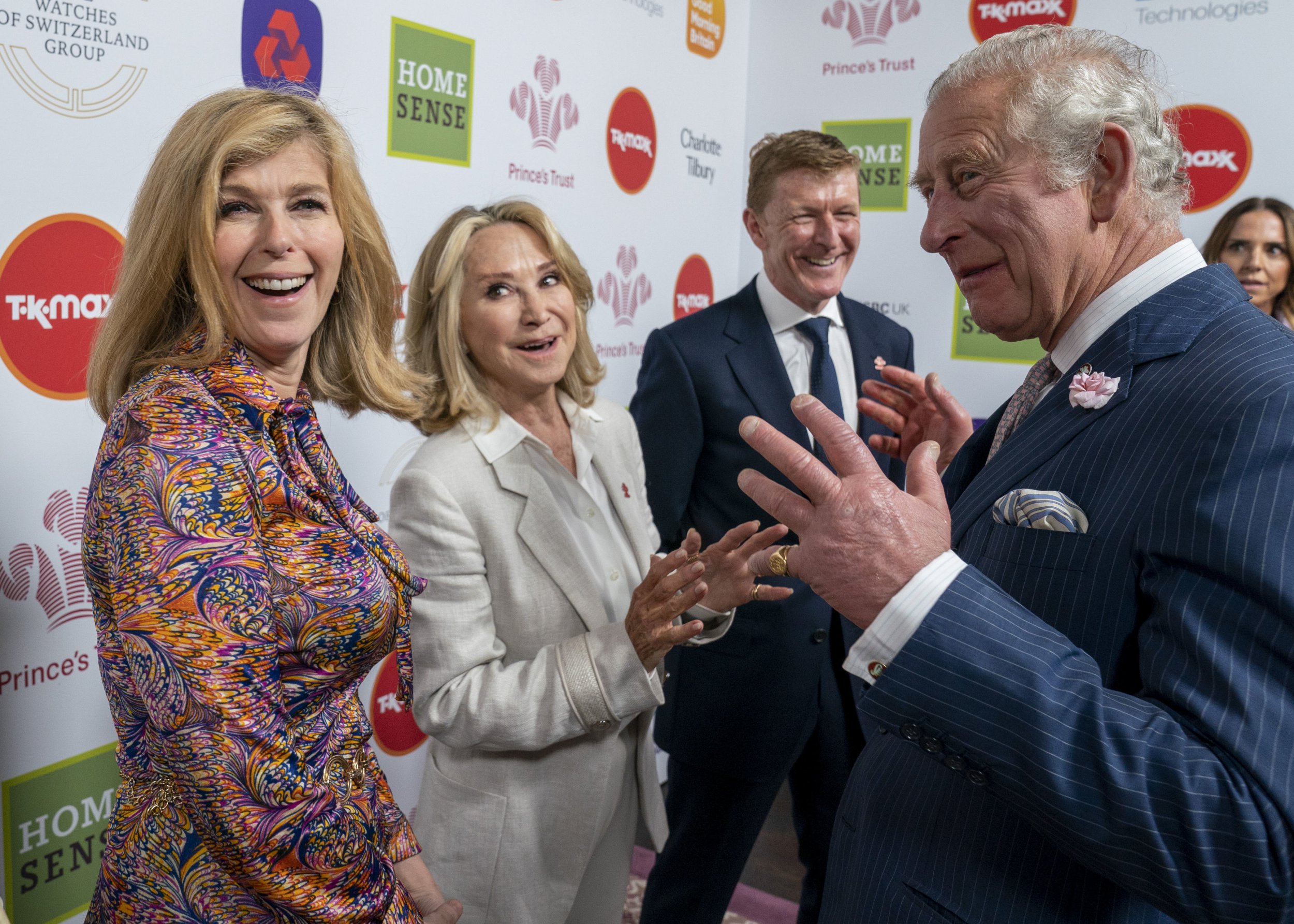 Despite her questionable odour, there appeared to be electricity between Kate and Prince Charles nonetheless.

She explained: ‘So anyway, we go to shake Prince Charles’s hand at the exact moment there is a massive thunderclap.

‘Literally like electricity between us, and he said: “Do you have the power to control Zeus?” And I thought, because my knowledge of Classics is from The Avengers movies, so I thought he meant Thor.’

The Prince’s Trust Awards are one again hosted by Ant and Dec for the 10th year, and celebrates the achievements of young people supported by the charity.