The mum-of-five purchased the vehicle to help her 19-year-old get around a bit easier and he couldn’t wait to try it out. 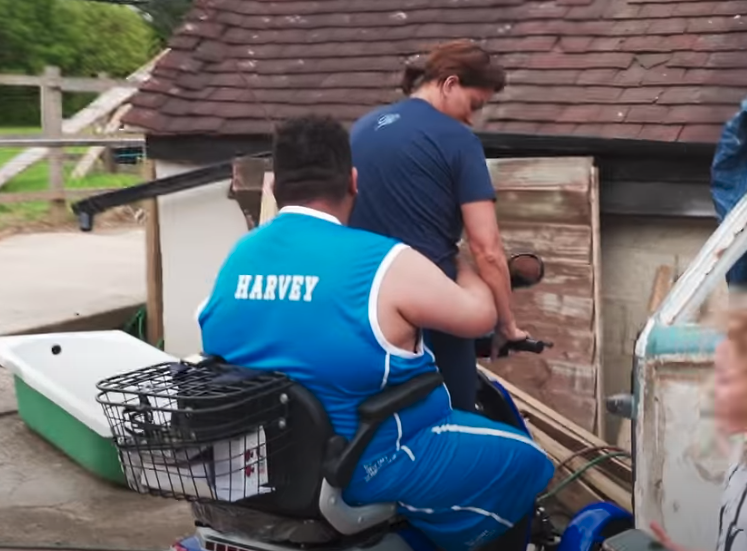 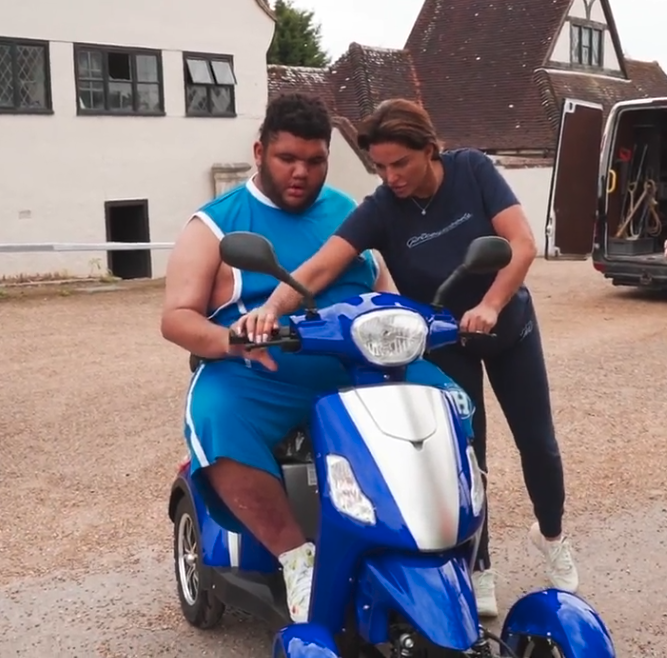 In her latest YouTube video, the teen is seen taking it for a spin in the grounds of the mucky mansion.

But as he got to grips with his new scooter he went careering into a fence – leaving both him and Katie flustered.

The former model decides to get on it with him but the pair end up bashing a wall.

Katie, 42, has been working hard to give her son his own independence as he gets older.

Harvey is partially blind, autistic and has Prader-Willi syndrome.

In the past, Harvey's condition has led to major health concerns, as his condition makes him constantly feel hungry.

Harvey’s autism means that sudden noises can lead him to physically lash out, and at 6ft 2in and almost 29st, Katie struggles to calm or restrain him.

The protective mum said that she would never want Harvey to be sectioned under the Mental Health Act, so was determined to find the right place for him to live.

She said: “You hear about people with autism being arrested and when they’re restrained they go mad and get sectioned.

“That’s why I want to find the right college for him so if there’s ever a case where he kicks off, I’m involved." 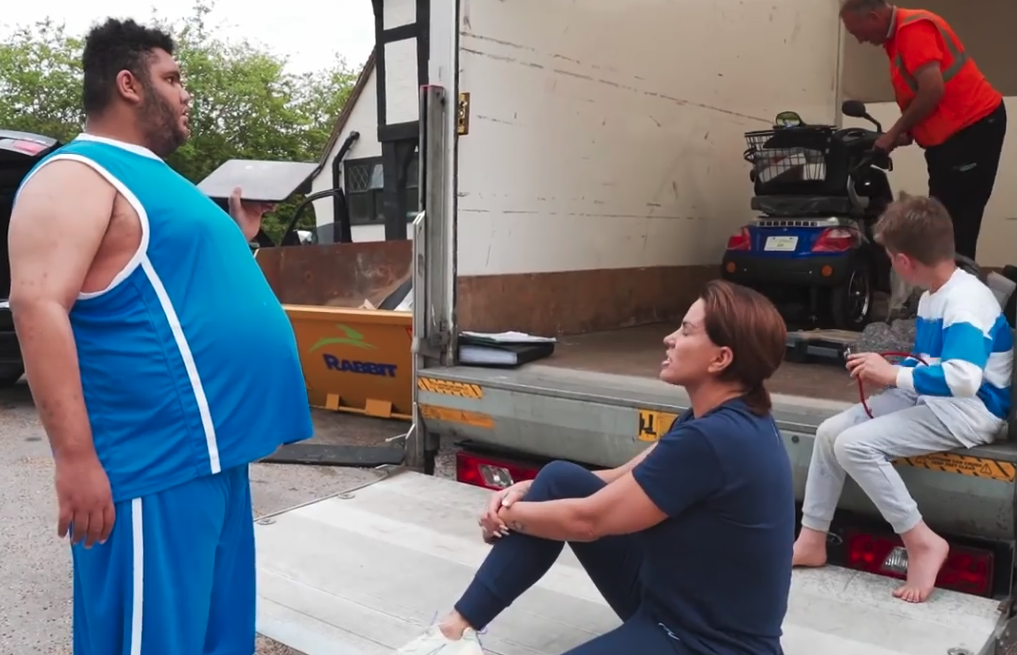 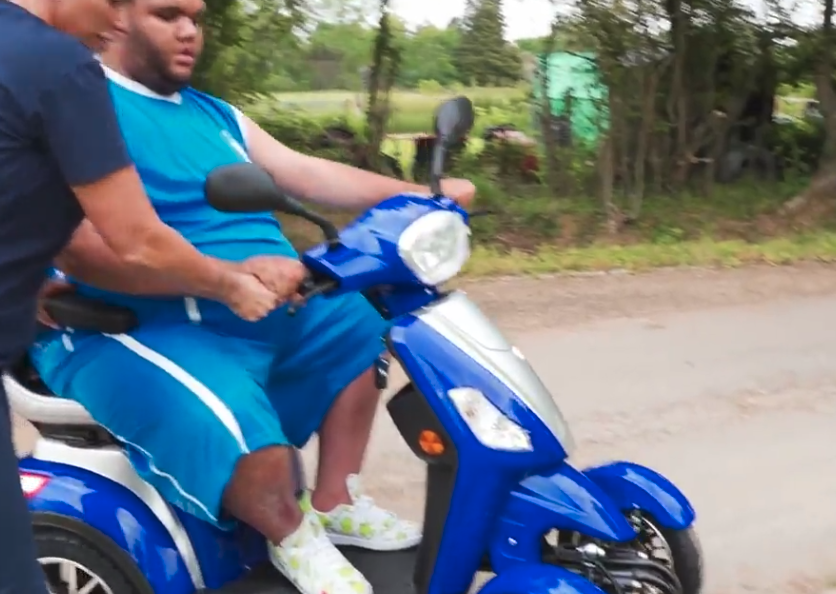