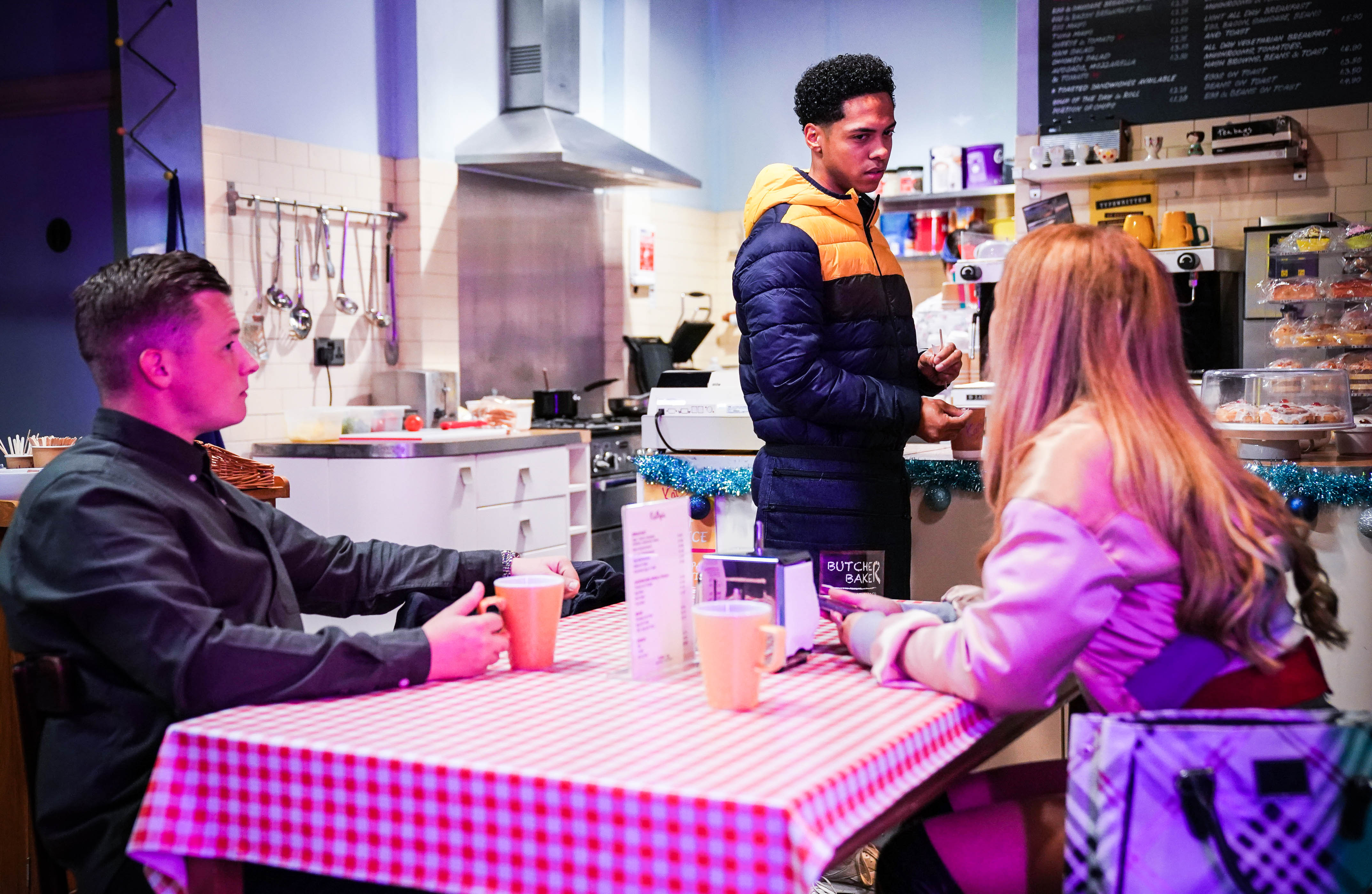 Recently, after lying to his dad about attacking a Muslim taxi driver, Aaron made his way to the Argee Bhajee restaurant.

On the phone to one of his gang members, Aaron was graffitiing on the wall of the building.

As he left, viewers saw he had sprayed a swastika and a few episodes later, EastEnders revealed Aaron had graffitied where the new mosque is planning to be.

His anger growing, Aaron rants about the ‘woke brigade’ cancelling the nativity.

Keegan overhears and scolds Tiff for listening to Aaron’s rubbish, but she shares a petition on her page and things escalate – badly.