KERRY Katona has become the first contestant to succumb to the pressure of Celebrity SAS: Who Dares Wins.

The former Atomic Kitten star became the first celeb to throw in the towel and leave the Scottish Hebrides. 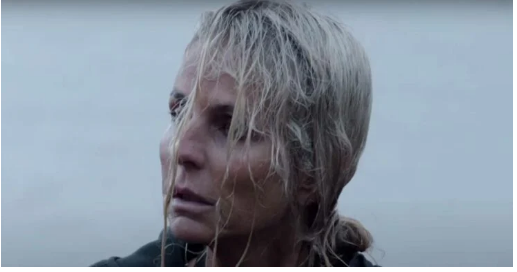 They were served up a paltry breakfast of porridge and were then immediately flung into tough tasks.

The team was punished for not tying their laces correctly and were given 50 push-ups to complete.

After the push-ups, the celebs would have to remain in a plank position until the final person had completed their set.

Kerry struggled to do the push-ups, being shouted at for keeping her legs bent and not being able to complete her push-ups.

Ant told the celebrities they could give up and leave the show if they felt they weren't up to the task.

The singer decided she couldn't go on with the tough contest and walked away, saying her goodbyes to the team on the second day in.

She sobbed, as she told the instructors "I’ve never looked at myself as a failure. It is what it is, if you didn’t achieve it then work harder.".

Later on in the show, 53-year-old broadcaster, Ulrika Jonsson best known for hosting Gladiators and being a team captain on Shooting Stars, was ejected from the contest.

She was suffered from a number of health issues and the team felt that it would not be safe to have her carry on with the show after a medical examination deemed her unfit.

Jonsson opened up about her light adult incontinence on the show: “You won’t see it mentioned in any manuals. Mothers like me have been left to think that it was just one of those things we are supposed to put up with.”

Speaking about participating in this year’s show, Jonsson said: “I felt it had a profoundly positive effect on me.”