There’s been a huge resurgence of rock movie biopics in recent years from Freddie Mercury’s Bohemian Rhapsody to Elton John’s Rocketman. And now KISS are set to have their story adapted for a Netflix movie. The biopic will be called Shout It Out Loud after the band’s hit 1976 single of the same name.

According to Deadline’s sources, Netflix are nearing a deal after a bidding war for the KISS biopic.

The movie is set to be directed by Joachim Rønning, who helmed Pirates of the Caribbean: Salazar’s Revenge and Maleficent: Mistress of Evil.

While KISS founding members Gene Simmons and Paul Stanley will act closely with the project as producers alongside the director.

Like Bohemian Rhapsody, Shout It Out Loud will follow the origins of the band and include some of their biggest hits. 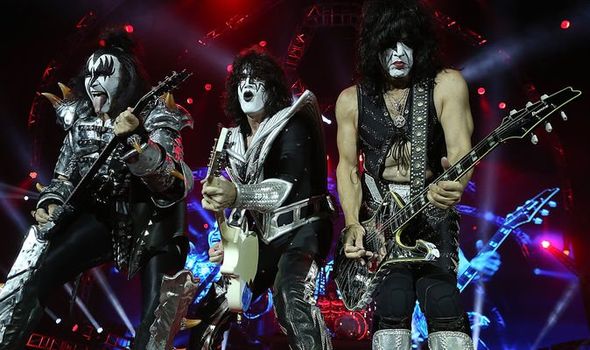 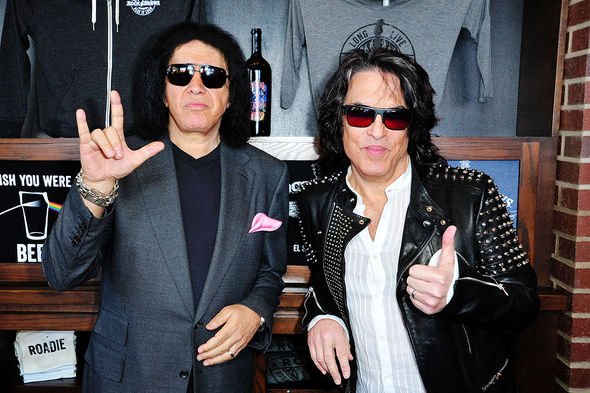 The KISS biopic will chart Simmons and Stanley’s beginnings as two misfit kids from Queens who team up with guitarist Ace Frehley and drummer Peter Criss.

Trying to stand out from the other “hair” rock bands of the seventies, they famously used their black and white face make-up and stage pyrotechnics.

KISS had been on their End of the Road World Tour in 2020, before dates were postponed to summer this year and into 2022.

While 2023 marks the 50th anniversary of the band, so perhaps this would be the best time to release their biopic? 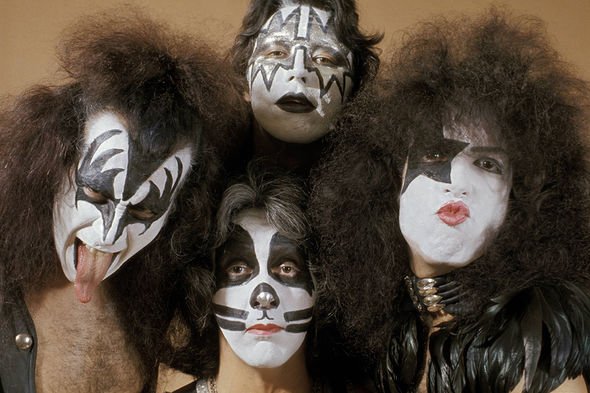 Earlier this month, Simmons spoke out on why he believes rock has been dead since 1988.

Speaking with Consequence of Sound, the 71-year-old said: “The point is, yeah, rock is dead because if we play the game from 1958 until 1988, which is 30 years, you had Elvis, The Beatles, The Stones, Pink Floyd, and on and on and on

“And you can go to the heavy part of it, which is Metallica, Maiden, if you want to put KISS in there, that’s fine. AC/DC, on and on and on.

“Even U2, Prince, Bowie, Eagles. And then you get to disco stuff, and Madonna, and that stuff, and Motown, of course. And then from 1988 until today, who’s the new Beatles?”

To be fair, Simmons pointed out the talent of some bands since the late eighties but kept saying “don’t kid yourself” about their lasting impact.

The KISS legend continued: “I’ve heard a reaction of Foo Fighters, one of my favourite bands, but you’re kidding yourself. There’s also the boy bands: NSYNC, One Direction, BTS, and [sarcastically] XYZ, PTA, and good for them that they’ve got success. Don’t kid yourself.

“As soon as those girls are gonna grow a little bit older, that’s going to go away. It’s like sugar: you taste it, it gives you that little energy boost, and then it’s gone forever and you don’t care.”

“But don’t kid yourself, it ain’t The Beatles. They don’t write songs, they don’t play instruments, it ain’t that. And we all love Elvis, never wrote a song in his life. There’s just nothing that compares to The Beatles.”

Aside from the KISS movie, an Elvis Presley biopic has been shooting in Australia for release in summer 2022.

Directed by Baz Luhrmann, the new film stars Austin Butler as The King opposite Tom Hanks as his manager Colonel Tom Parker.

While most recently Sir Tom Jones has admitted a movie about his life has been in consideration.

Although the 80-year-old clarified it would have to be a “tell-all” story and he’s not sure if he’s ready for that quite yet.