A joke went viral in the Philippines that has led locals to believe former president Ferdinand Marco interacted with a young Michael Jordan that is being debunked by HBO Max’s  Last Week Tonight With John Oliver. 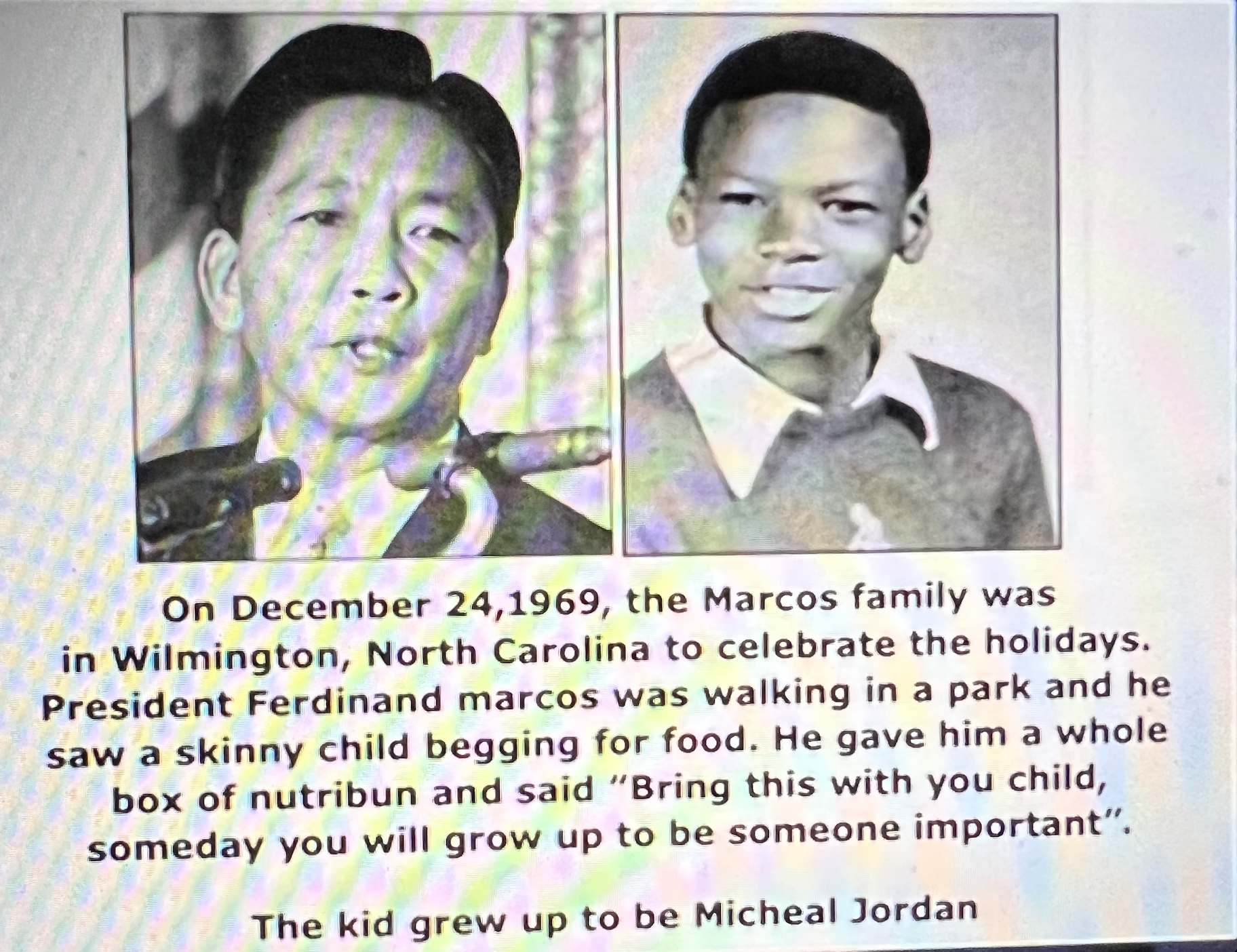 “It seems to have originated as a joke but has since been passed around completely seriously,” Oliver says while trying to keep a straight face in Sunday night’s episode.

The story claims the Marcos family was in Wilmington, North Carolina on December 24, 1969— when the NBA legend would’ve been around age 6—to celebrate the holidays. Marcos was walking in a local park when he came upon a skinny child begging for food so he offered him a box of bread known as Nutribun and said, “Bring this with you child, someday you will grow up to be someone important.”

“That is the single-most dumbest story involving a young Michael Jordan I’ve ever heard and I have seen Space Jam,” teased Oliver in the segment.

Oliver revisited Marcos’ controversial and tragic reign as his son Bongbong is currently in the run for the presidency. During Marcos’ presidency, he and his wife Imelda Marcos was infamous for corruption and living in opulence as the country starved during an era of extreme poverty and inequality.

The family fled to Hawaii with crates of cash, gold, and other items pilfered from the Philippines. The elder Marco died in 1989 owing a major financial debt to the country, much of which locals are attempting to collect from Bongbong to no avail.