LOVE Island's full Casa Amor line-up has been revealed – and it could be bad news for Jake Cornish and Liberty Poole.

The boys and girls will be separated, with one set whisked off to Casa Amor – which means Love House in Spanish – in the hope they'll stray. 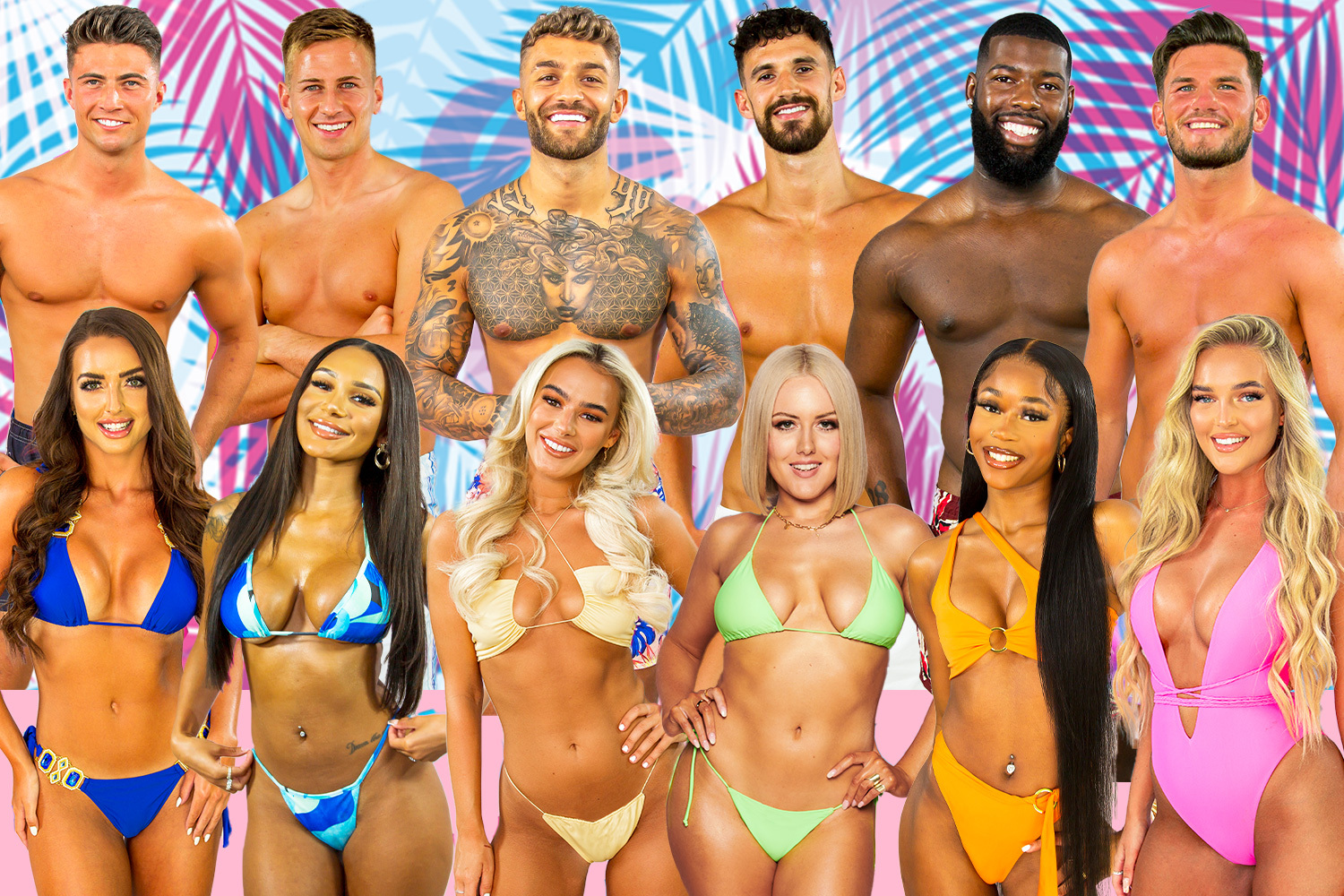 Who is in the Love Island Casa Amor cast? 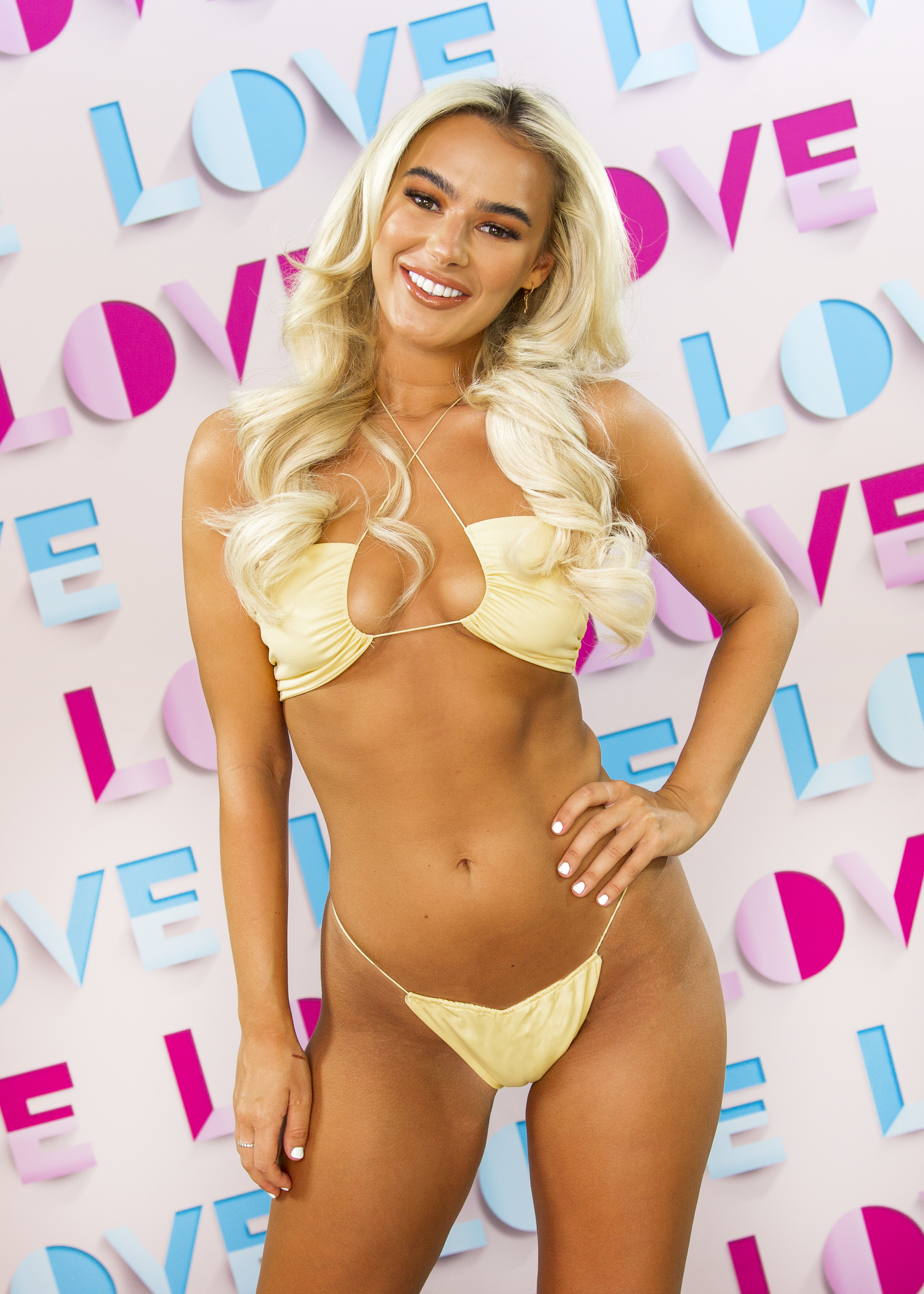 Stunning Lillie should put the fear of God into Liberty after she announced: "I’ve definitely got my eye on Jake."

She explained: "He’s 100 per cent the type of boy I would go for at home. It’s too good of a match not to just go for.

"Liam is definitely a dark horse for me, he’s like James Bond when you look at him, absolutely gorgeous. So he could be a very close second."

Talking tactics, she added: "I love a challenge. I’m just going to be myself. I’m quite cheeky, naturally flirty, make it clear what I want anyway.

"I’m going in there to date people I don’t usually date. I will explore other options. I’ll make it clear that I’m going in for that.

"I don’t mind stepping on toes. I’m there for the same reason they are." 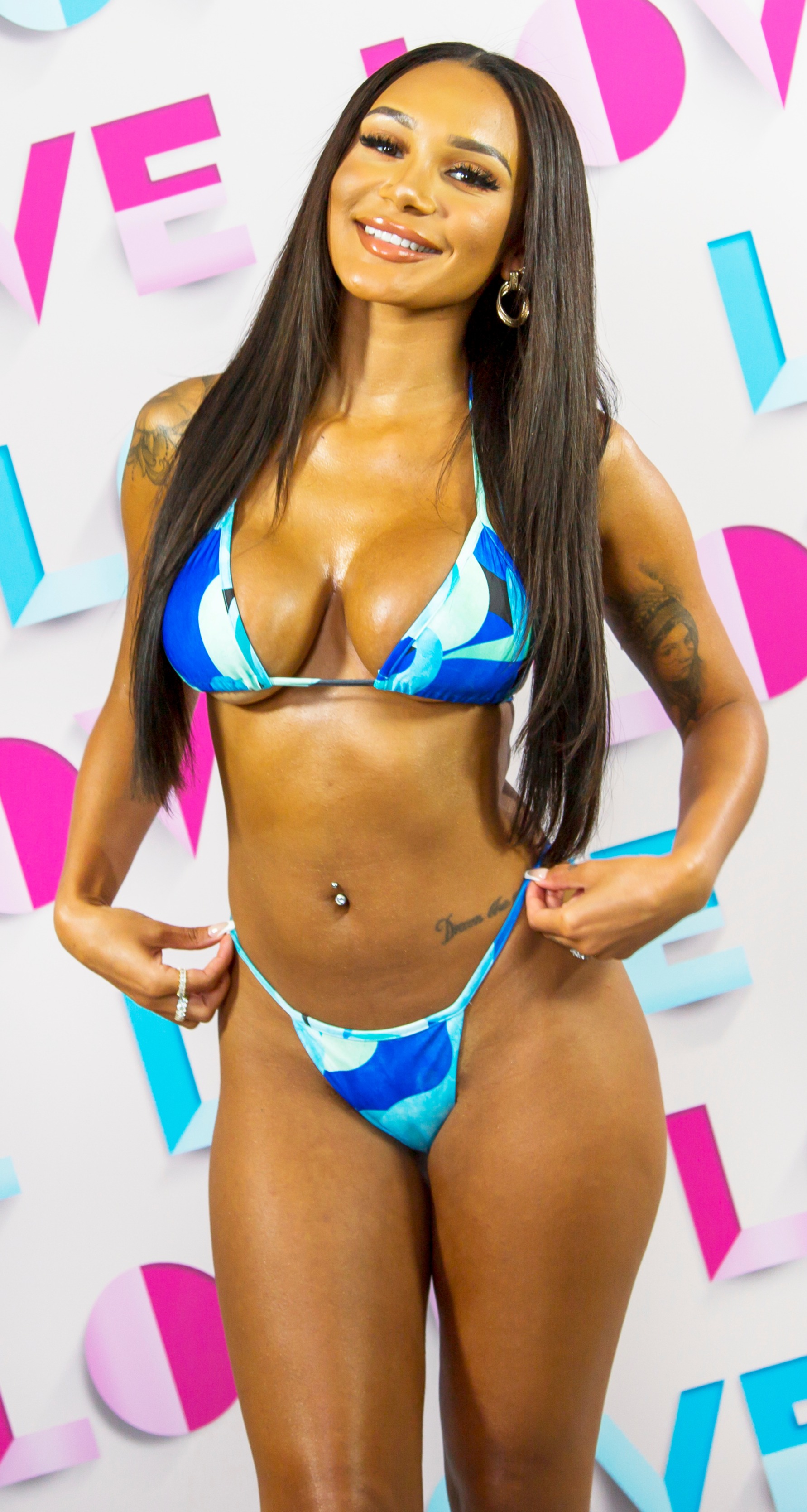 And top of the shopping list is Teddy Soares with the new arrival explaining: "He’s tall, confident and smooth.

"I don’t like horrible, cocky guys. If they are honest, that’s what I’d prefer." 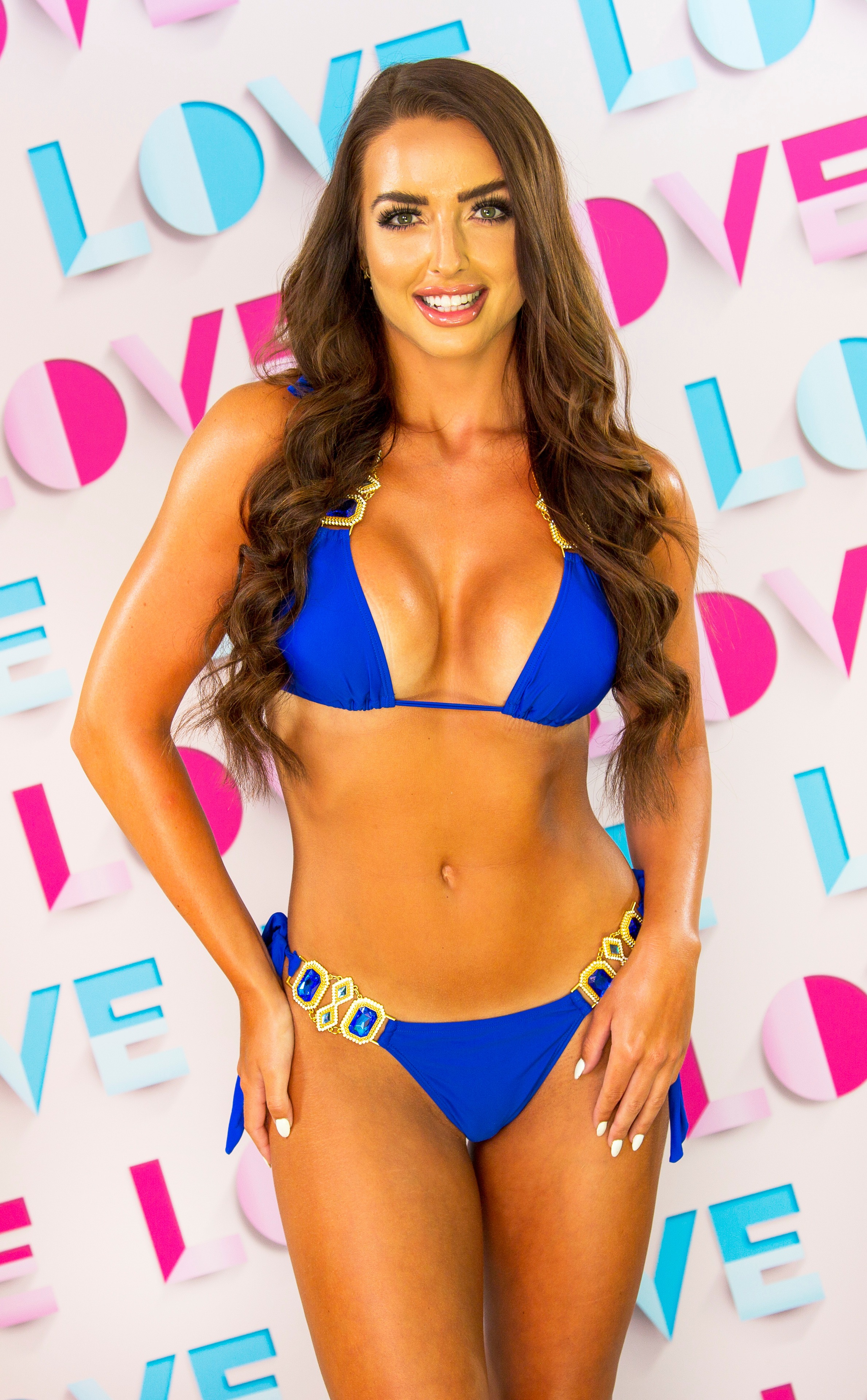 The actor, who has performed on everything from Humans to cruise-ship shows, said she's a "massive girls’ girl".

However, Amy added: "But obviously I’m here to find love. So I would let them know I am interested and then gauge what they’re feeling as well.

"I will step on toes if needs be, but that’s obviously not my aim. But they might also realise what they had was just because that’s all they had." 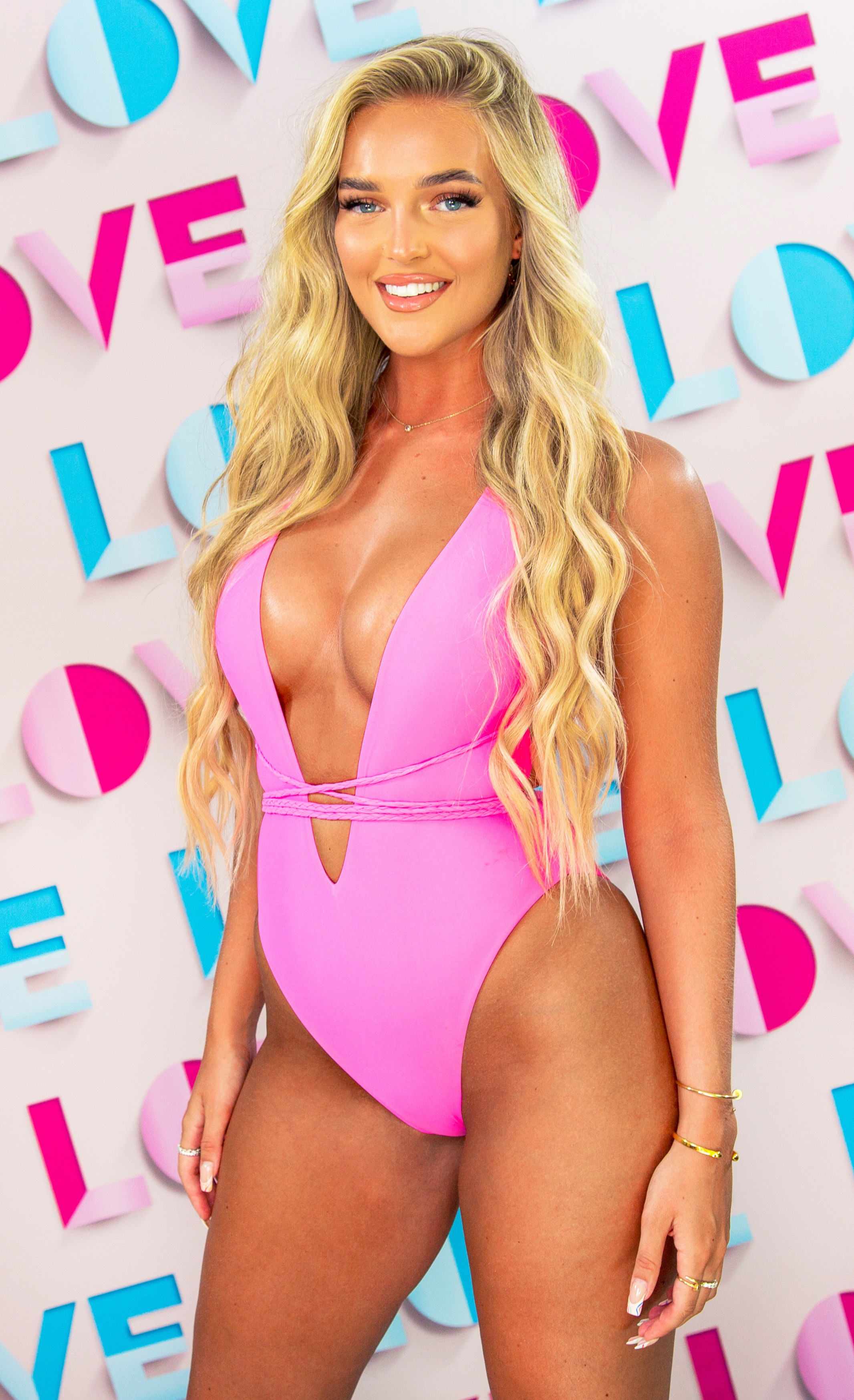 Look out Millie Court, because Mary here has her sights set on just one fella.

She said: "Liam is just beautiful. He’s 6ft6 for a start, he seems really old-school, like a gentleman. And he’s basically the same age as me."

Asked how she's going to approach Operation Bag The 21-Year-Old, she said: "I’m just going to get in there, see how Liam actually is feeling about Millie really and then reassess.

"I’m definitely not one to lay it on thick. I’ll just do a bit of flirting and see how it goes. That’s the whole aim isn’t it? If I go in there and I really like Liam I’ll have to step on Millie’s toes."

Mary added: "If all the boys are coupled up you will be stepping on toes. If I could get away with not having a conversation I probably would as I hate confrontation, but if I need to I would."

Word of advice: probably best not mention toes that much in front of Jake. 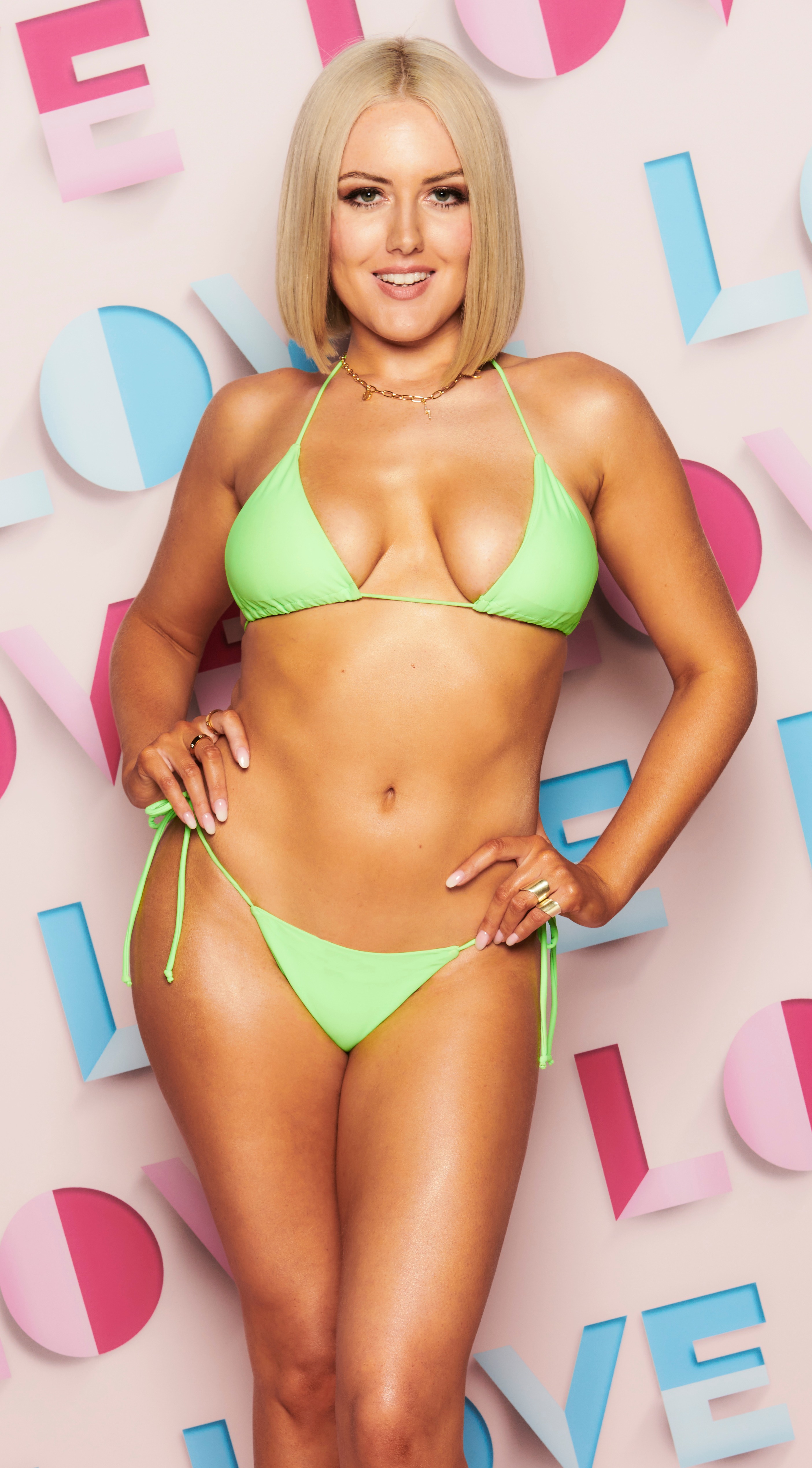 Many of the Islanders have been a bit down in the dumps lately (evening, Toby!) and party girl Kaila could be the one to lift their spirits.

She promises: "I think my party trick is I’m the DJ and kind of the life of the party. I create the party."

But she's also on a mission to bag herself a man, explaining: "Real life dating has not been doing me any favours at all. I’ve had it."

Well, good luck with this lot – some of them don't even seem to want to be in relationships! 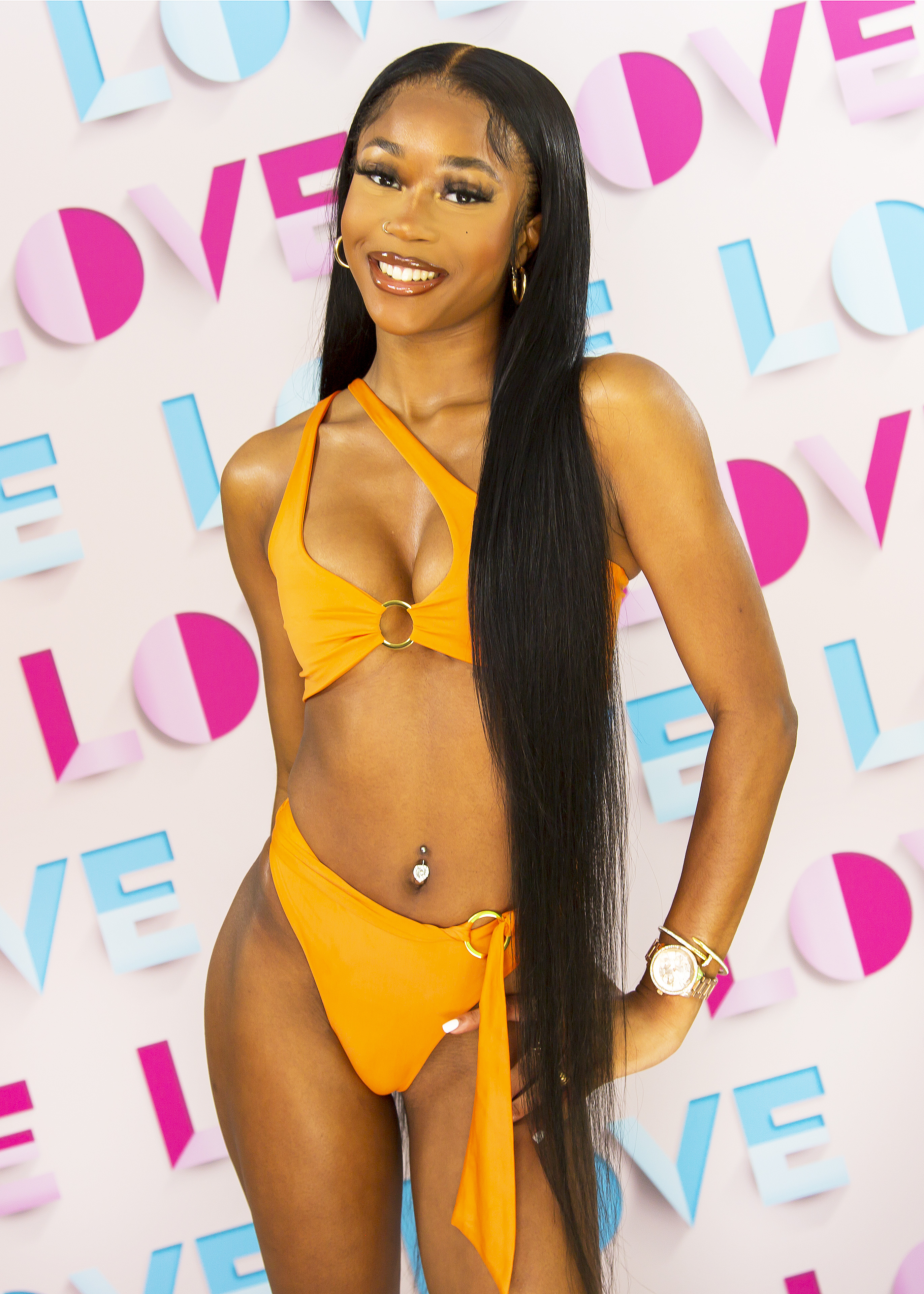 Salma here has never been in love – so what better place to start than the absolute battlefield of messy lads-will-be-lads carnage that is Casa Amor?

She said: "It’s the perfect atmosphere, you don’t have the outside world distractions.

"It looks like time moves fast in there in a good way – it’s like, do you actually like me or not? In the real world it’s so wishy-washy. With this, it’s just, you need to know."

She added: "I don’t like confrontation. I am a very fiery person but I would never start something just because. If I’m confronted then I probably would get fiery. I don’t bother people if they don’t bother me."

Prepare to be bothered! 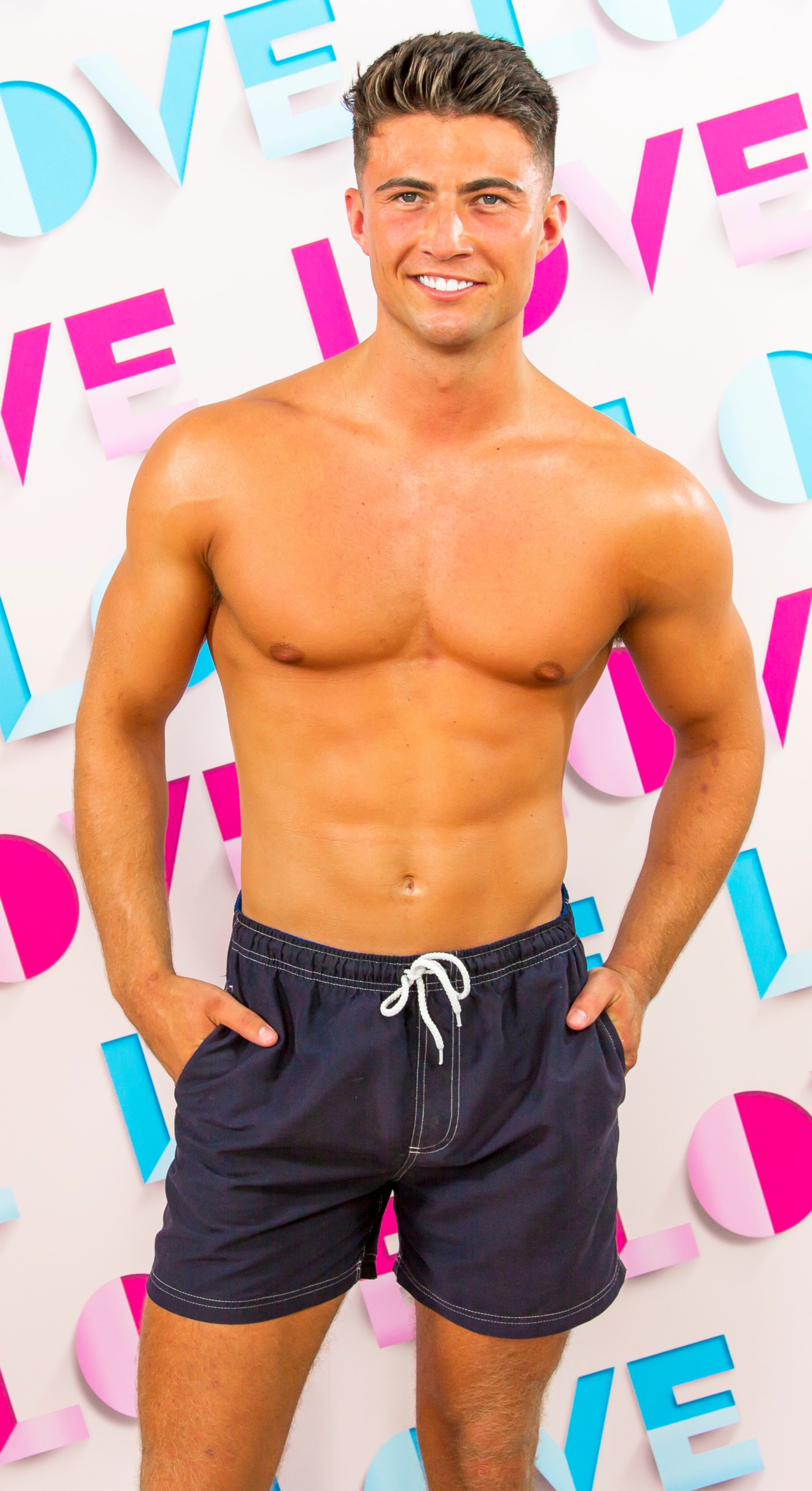 Love Island superfan Sam says his job is all about "getting down and dirty" and it sounds like he wants to do the same at Casa Amor.

However, he's not fussy about who he couples up with, saying: "They’re all stunning girls. I’m open to getting to know them all really."

He added: "I’m a proper lads’ lad. I see myself getting on with the boys as well – it’ll be good to meet some new people and get a few bromances going." 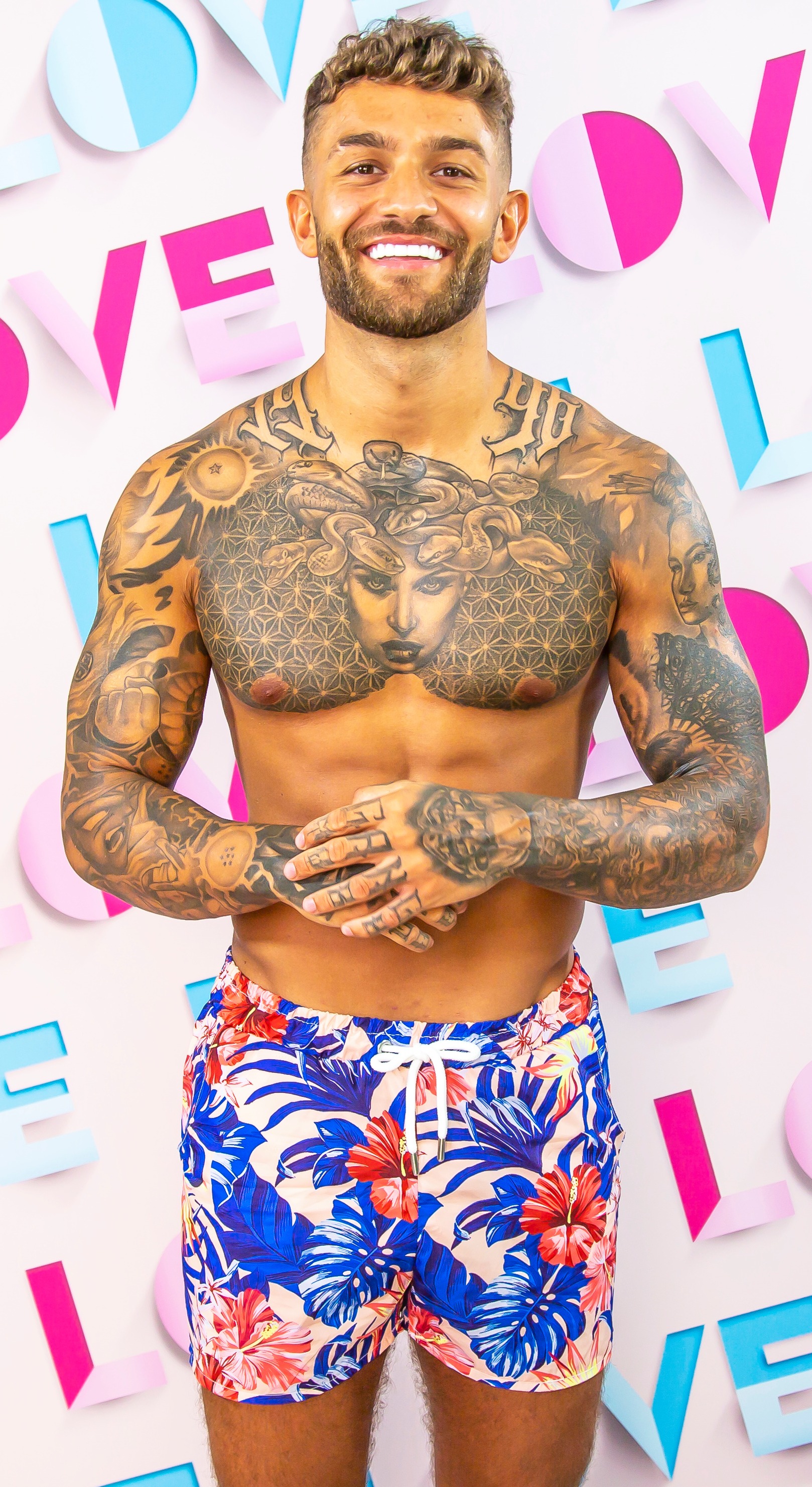 Self-taught barber Dale will find a cast eager for trims, even though some of them seem to be getting secret haircuts.

But he may have a harder task if he hopes to prise Faye away from Liam saying: "I like her attitude and personality. I feel like we would get on."

Using some absolutely vintage Love Island lingo, Dave explained: "It is what it is, isn’t it? I’m not a bad guy who is going to steal somebody’s girl.

"But if I want something then I’m going to pursue it." 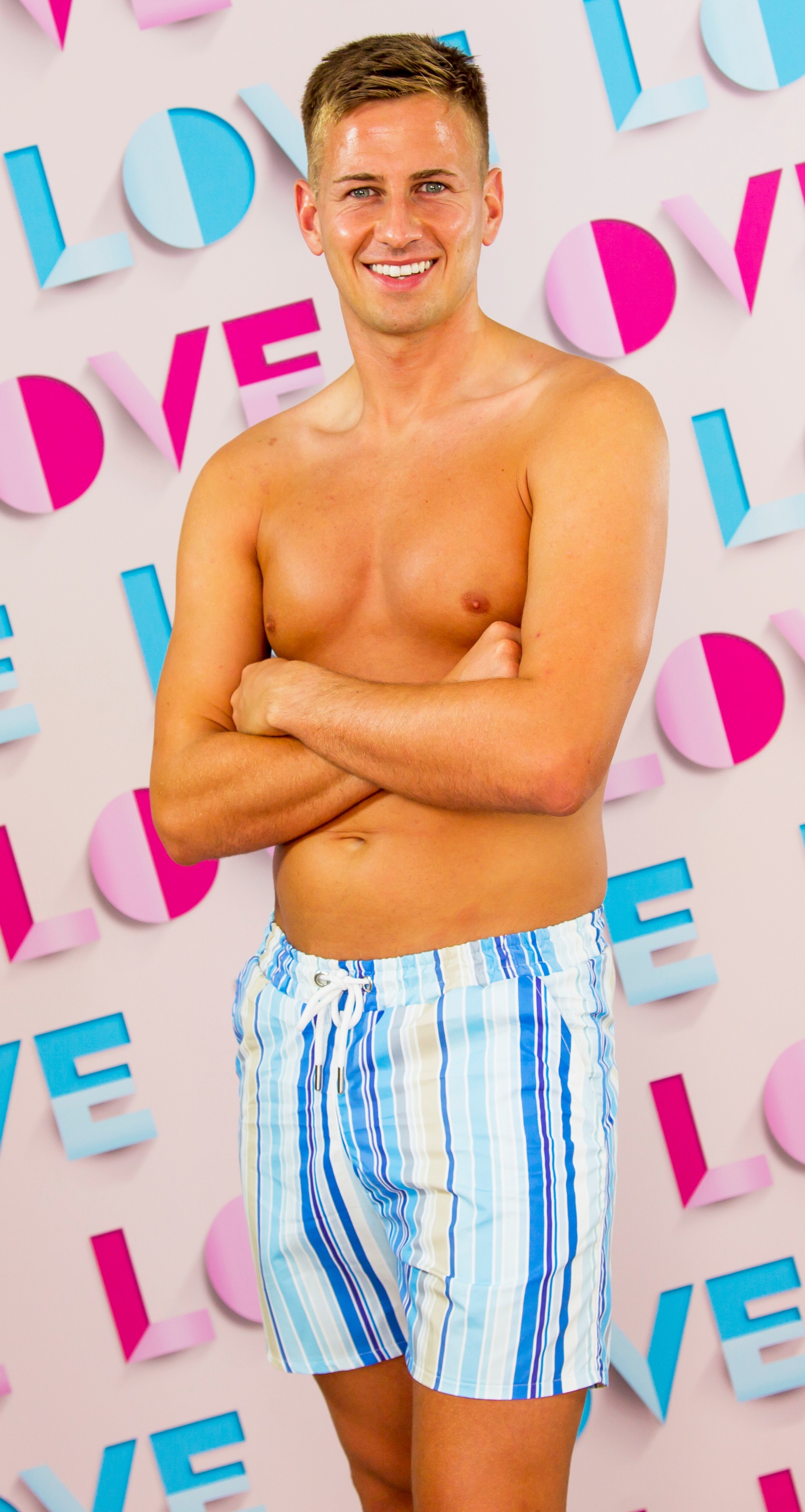 Hugo seems finally to have found a girl he likes in Chloe – but Jack, who is something of a lookalike for the PE teacher, is hoping to spoil his plan.

He said: "From what I’ve seen and going off their energy, Chloe has been top of my list.

"It’s been nice to see her be herself and not care what anyone thinks. I think she’ll be a lot of fun."

The lad, who started racing when he was 12, added: "I’m there for genuine reasons. I thrive off of people’s energy and I know there are quite a lot of big personalities in there." 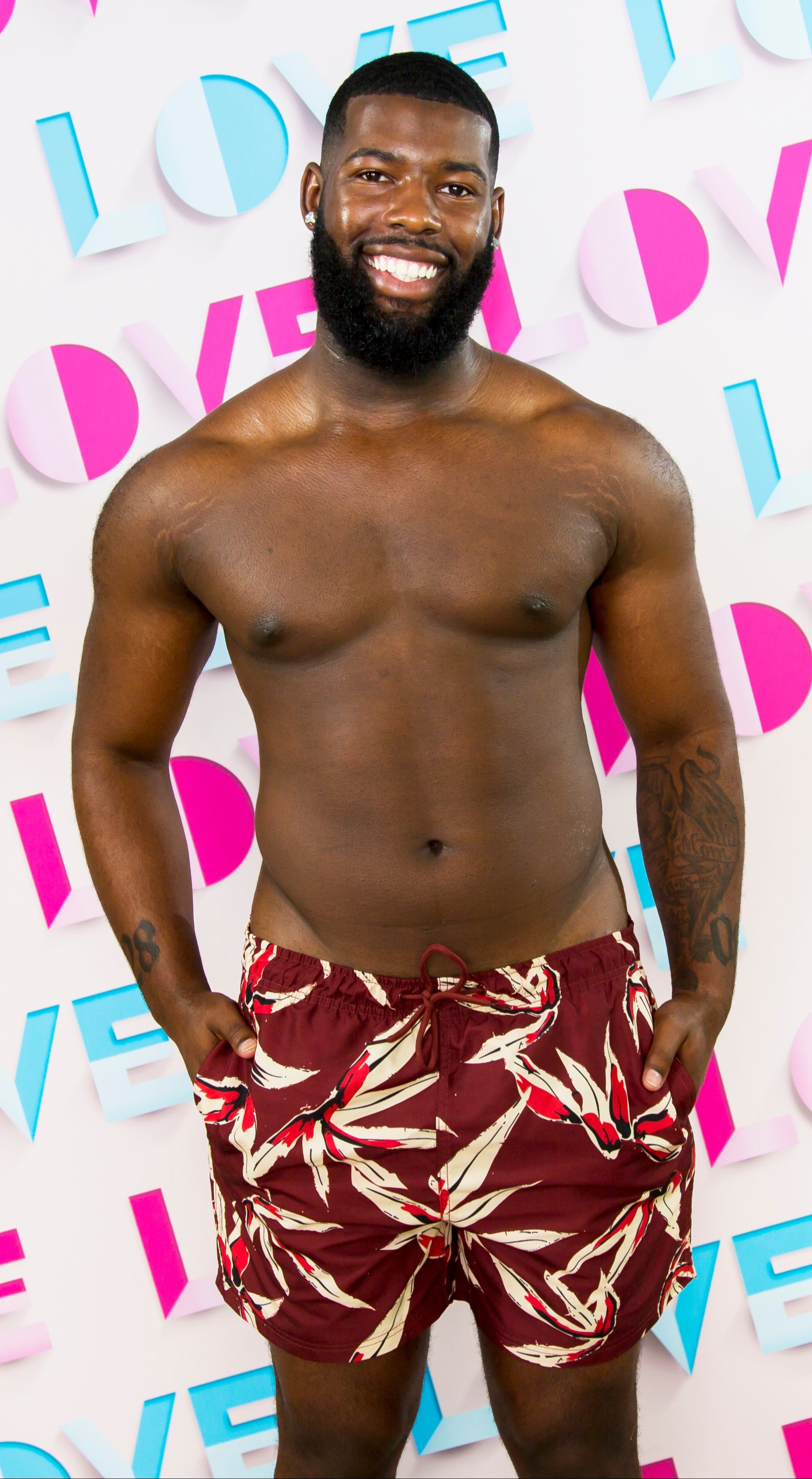 Kaz Kamwi seems loved up and settled down – but perhaps not for long if man mountain Medhy gets his way.

Asked his top target in the villa, he replied with hesitation: "Definitely Kaz. Kaz’s personality is fiery, she’s got energy, she’s funny and she’s got a beautiful smile and she’s a nice girl in general."

But, hedging his bets, he added: "And Millie seems like a nice girl and she’s obviously good looking as well."

Insisting he's not afraid to unleash Casa Amor mayhem he added: "Stepping on toes is not even a question! It’s part of the game.

"If you’re not happy to have your toes stepped on then don’t come to the show – especially when it comes to Casa Amor." 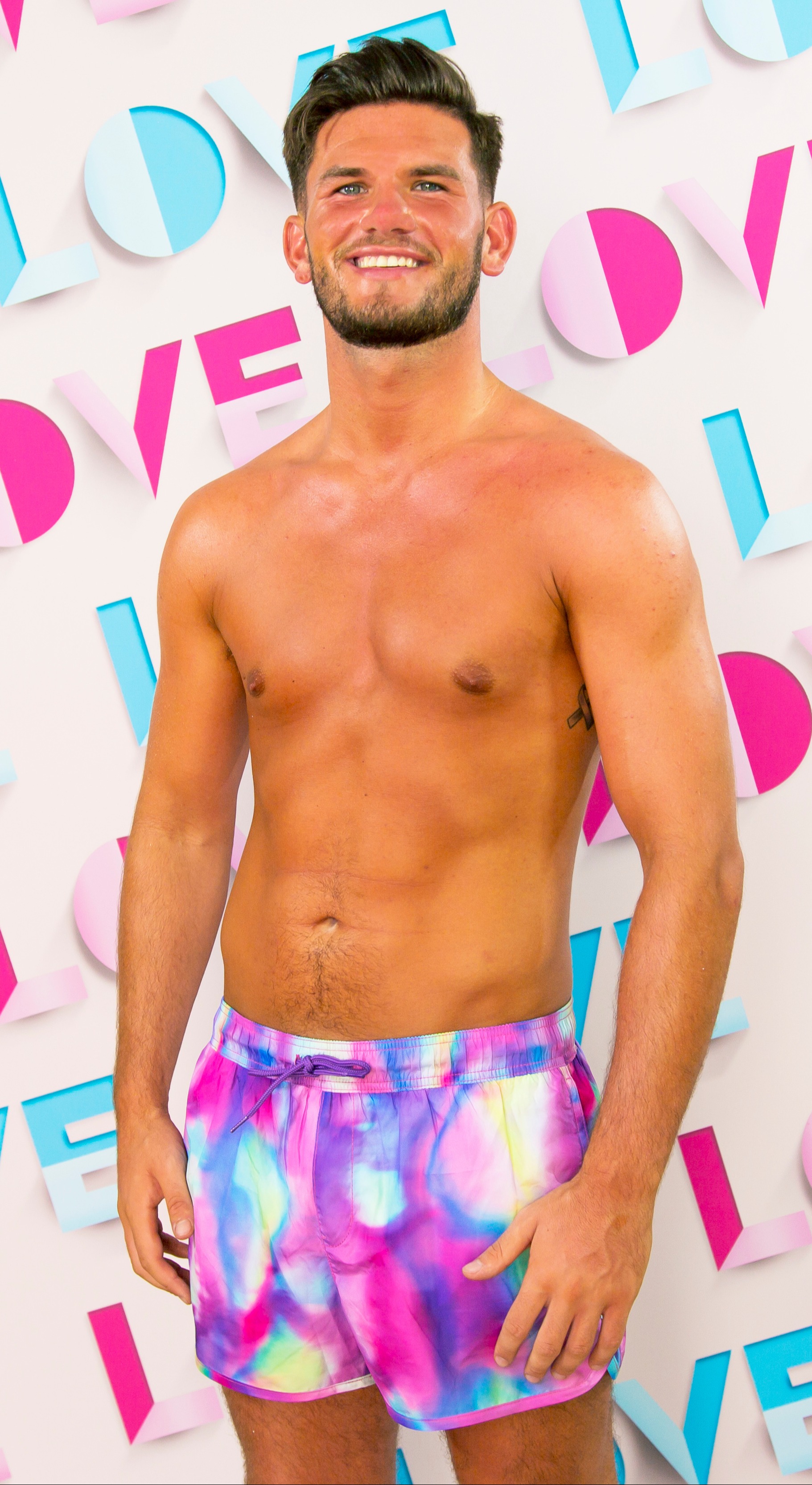 Get this, folks. Harry Young is the first ever Islander ever to be recruited through Tinder – so let's hope he looks like his picture!

Like Medhy, he reckons he could have a chance with Kaz, saying: "She has always been in my top three. But once I’m in there and speaking with people, it could change."

Talking about breaking hearts in the other villa, he said: "It’s part of going in there.

"People will potentially be coupled up so if you want to get what you want and/or if you have a connection with somebody, you’re going to have to step on toes or ruffle a few feathers." 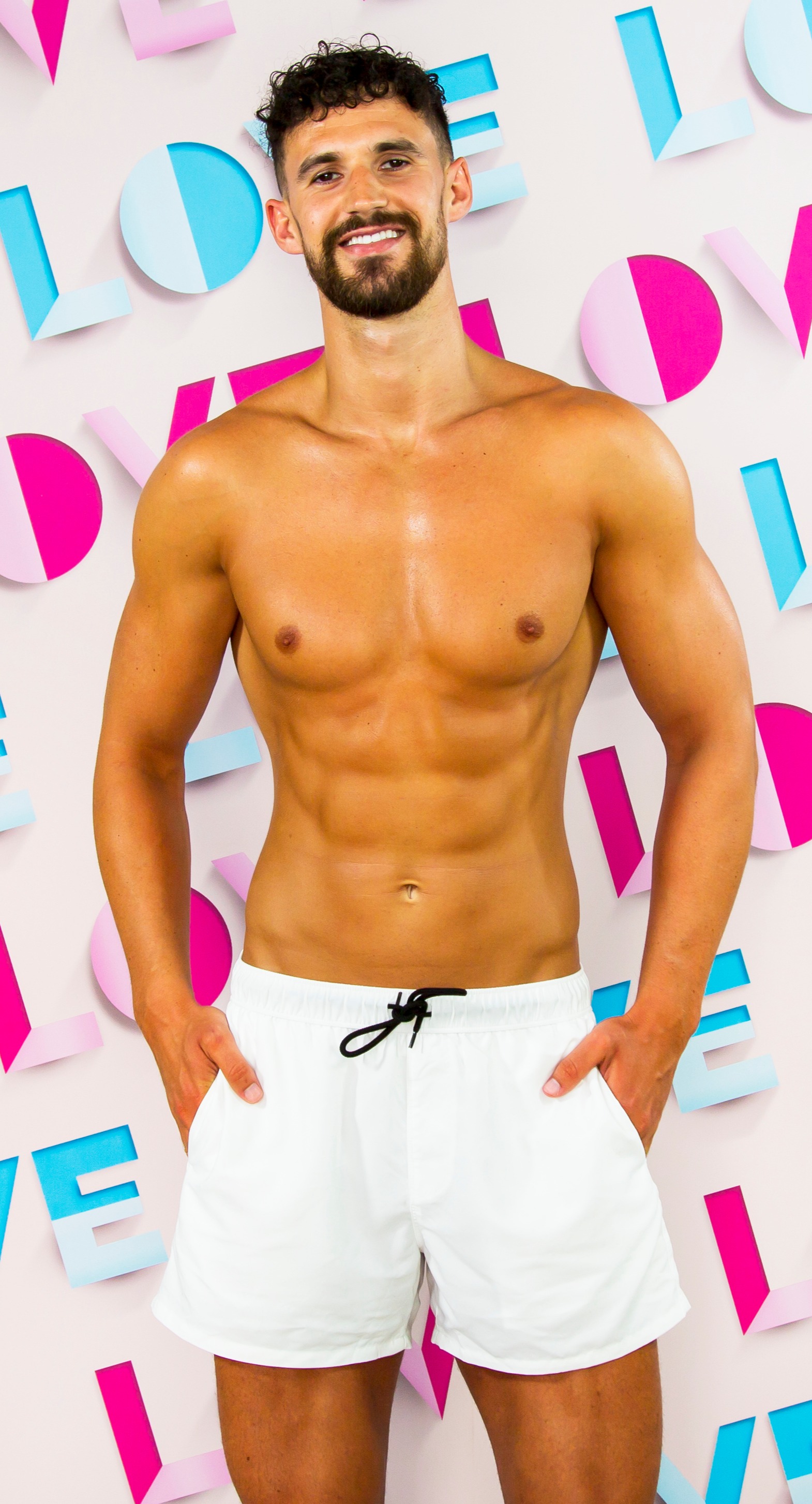 Matthew, who is 6ft6in, is likely to be a big hit with the girls, explaining: "I’m very laid-back in the sense I like to laugh and I don’t care too much about what people think."

He added that he isn't afraid to split up the villa's blossoming relationships, saying breezily: "I won’t have much of a problem with that.

"The guys haven’t known the girls that long so it’s not really a huge issue. I’m sure if they have a problem they’ll approach me."

Given the size of you, son, perhaps not.