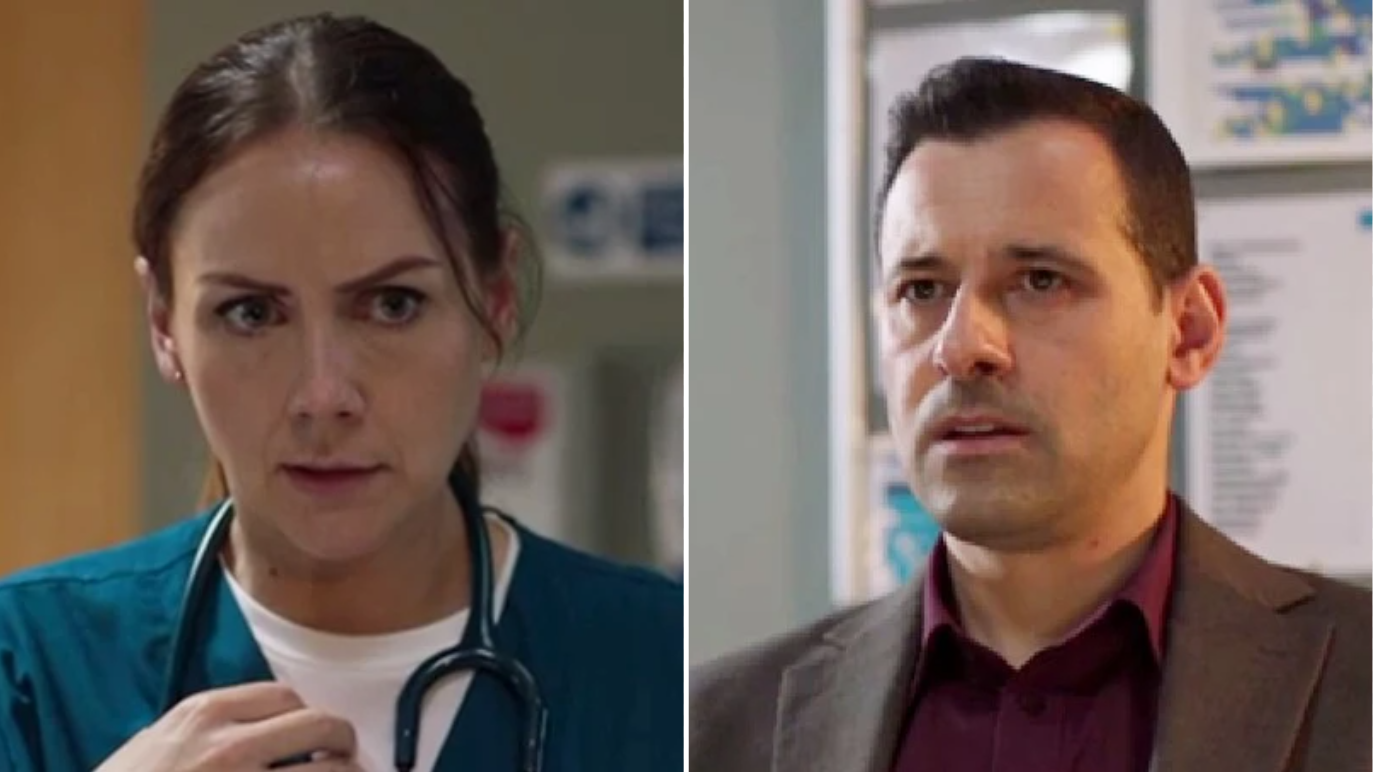 After apparently making amends with Jonty (Richard Harrington) in last week’s Casualty when she saved his life, and ending her relationship with Marcus (Adam Sina), Stevie (Elinor Lawless)’s mind was focused on work this week.

But when a patient said he didn’t want to be treated by her after seeing all the bad reviews of her online, she began to suspect that maybe Jonty was still out to get her after all.

A quick look at Jonty’s social media made her realise that it wasn’t him. Faith (Kirsty Mitchell) pointed out that the ‘reviewers’ seemed to have very specific knowledge of Stevie’s recent cases, which suggested it was someone inside the department.

Viewers will have instantly had a prime suspect at this point, but the first person Stevie thought of was Paige (Shalisha James-Davis), who blames Stevie for her career currently being in the balance as she awaits a tribunal.

Paige strongly denied Stevie’s claim and Stevie told Marcus she was at a loss as to who the troll could be. She asked for his help in getting the malicious reviews taken down.

His response was fairly half-hearted and he suggested the reviews could be real and not fake at all. His whole approach seemed designed to make Stevie doubt herself and this was, of course, because he was the writing the reviews himself. It seems that Marcus can’t take the fact that Stevie wants to live her life without him and is intent on destroying her.

Meanwhile Dylan (William Beck) was at a loss when residents of the care home that his former teacher Jemima (Souad Faress) tried to burn down were brought into the department all suffering from a range of symptoms that at first pointed to a virus but then led some people to go into cardiac arrest.

The answer to the medical problem turned out to be Mrs Dolma (Sedhar Chozam), a woman with dementia who had been adding special ‘herbs’ to spice up the bland care home cuisine. The herbs were a highly toxic plant she’d found in the garden and Dylan was able to find an antidote and save his patients.

A greater puzzle was that Mrs Dolma seemed very frightened, and when Dylan noticed a wound on her neck like the one he’d seen on Jemima he started to suspect that there was large scale abuse going on in the care home.

Jan (Di Botcher) was back at work, but things were very tense between her and Sah (Arin Smethurst) following Jan’s recent suspension after accidentally running someone over in a high pressure situation. They weren’t working as a team when they were helping patients and there was constant sniping between them in the ambulance, but by the end of the shift they were both given a lesson in facing up to responsibility by one of the survivors of the refugee boat.

Jan told Sah she didn’t blame them for reporting her after the accident, and Sah said they’d been surprised that Jan had apparently been carrying on as normal during the day. ‘Neither of us was being normal today,’ Jan admitted.

There was one joyful story that came out of the refugee boat incident. Paige’s patient Hesther (Zarra Kaahn) was anxious about another woman who was missing.

She told Paige that the woman was her girlfriend, and that was the first time she’d ever been able to say those words out loud. ‘Please don’t let it be the last,’ she begged Paige. And it wasn’t the last, as the two women were reunited in a lovely scene, able to openly be together.

And finally, Dylan quote of the week. Trying to identify Mrs Dolma’s special herbs, he was told there was an app for that. ‘There is an app for everything,’ Dylan commented. ‘Except existential despair.’