Mick Lynch says train companies have made 'no offer on pay'

The Secretary-General of the National Union of Rail, Maritime and Transport Workers spoke to Nina Warhurst on Wednesday’s BBC Breakfast to explain why further strikes were being planned just weeks after the latest mass walk-out from rail workers. He insisted workers hadn’t been given a suitable offer and stated people in power were “puffing their chests out wanting to make strikes illegal”. His comments come as the Tory leadership contender stated she would change rules surrounding services being brought to a halt by strikes.

“So the gap between the two parties is too big and the responsibility for that lies with Grant Shapps and this government, who dictate the terms that the companies can offer. 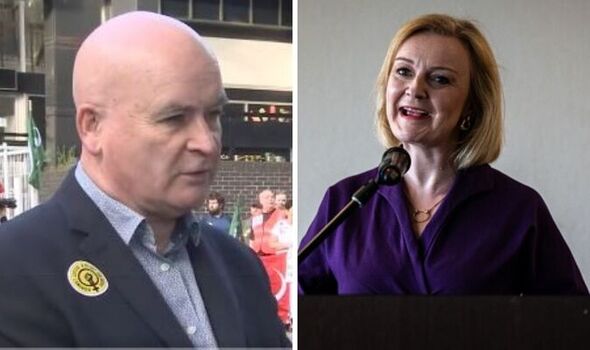 Nina argued: “The RMT told us they have offered you a deal.