The Miss Universe pageant, tentacles down the fiercest competition in the cosmos, crowned its 70th winner on Sunday. 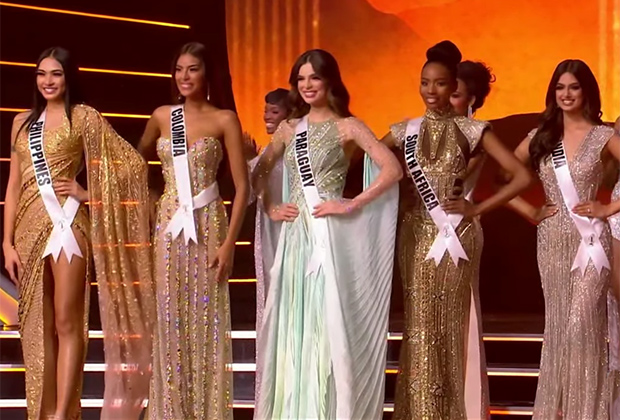 After a brief absence from his usual gig, Steve Harvey returned to host this year’s event, which was broadcast live on Fox and Telemundo from the Universe Arena at the Port of Eilat in Eilat, Israel.

Eighty contestants competed in this year’s pageant, including the first-ever entry from the Kingdom of Bahrain. But at the close of the two-hour event, only one would receive a crown and sash from reigning Miss Universe Andrea Meza.

That group was then halved to reveal this year’s Top 5: Ayos (Colombia), Sandhu (India), Ferreira (Paraguay), Gomez (Philippines) and Mswane (South Africa). From there, Ayos and Gomez were sent packing.

The final three contestants — Mswane (South Africa), Sandhu (India) and Ferreira (Paraguay) — were then given the same question to answer: What advice would you give to young women watching on how to deal with the pressures they face today? Mswane encouraged them to “seize courage over comfort” whenever possible, Sandhu theorized that the biggest issue facing today’s youth is a lack of self-confidence and individuality, and Ferreira gave an extremely positive answer about wanting everyone to “join forces to do what you’re meant to do.”

Watch the big moment go down below:

What’s your take on Miss Universe 2021? Click here for a closer look at this year’s Top 5, then drop a comment with your thoughts below.