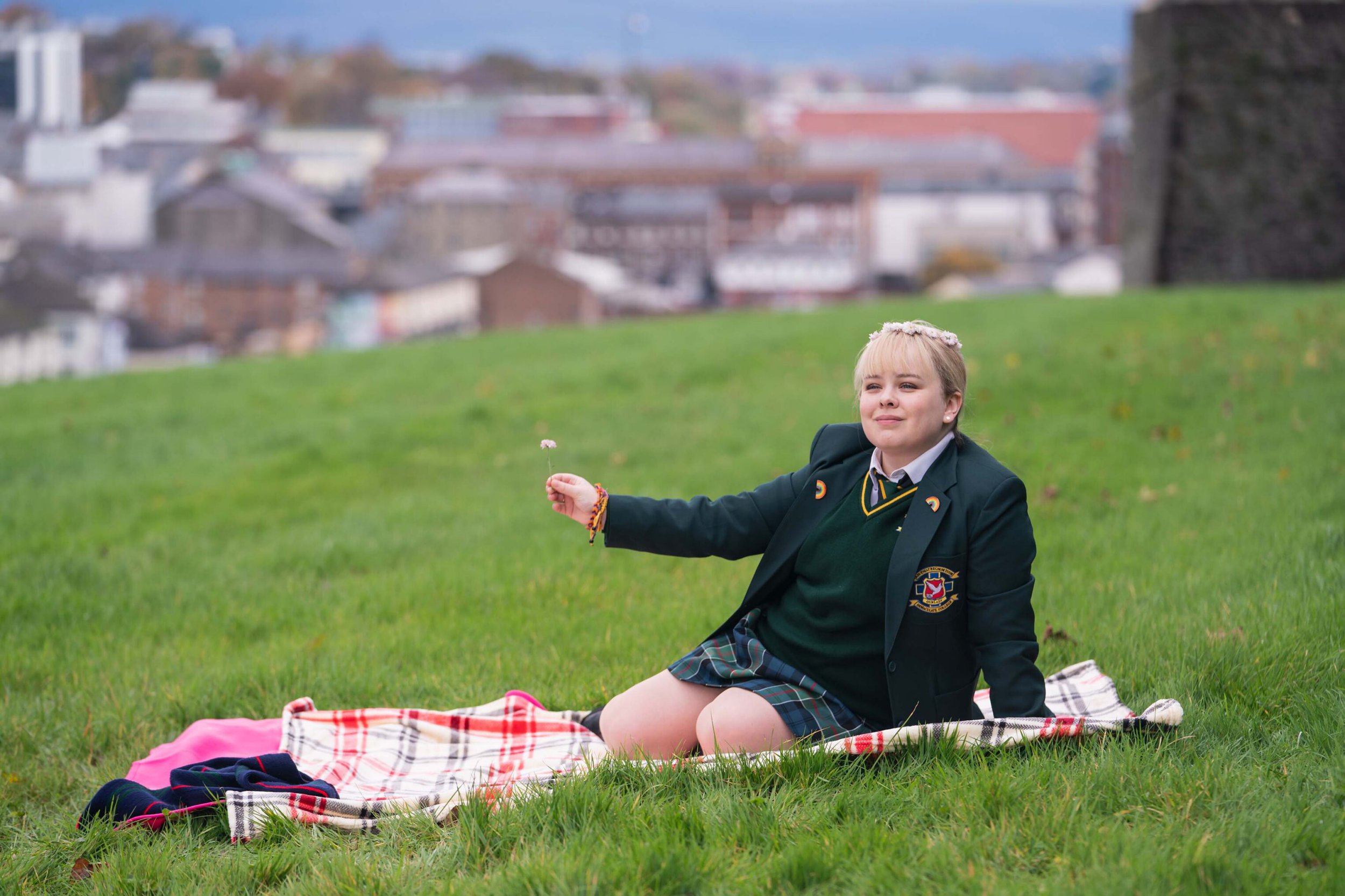 Recalling the audition and the life-changing experience of being a part of Derry Girls, Nicola shared an old photo with her followers on Thursday, writing: ‘Final scene as Clare Devlin/Final audition for Clare Devlin 5 years prior.’

She continued: ‘It’s impossible to put into words what Derry Girls has meant to me and how much it’s changed my life so I won’t even try.

‘Thank you all so much to you all, what an honour it’s been.’

Derry Girls fans were left in bits during the final episode, which featured another unexpected cameo as the beloved Channel 4 series bowed out in style.

To see out the third and final series of the comedy, Channel 4 aired an extended special set around the Good Friday Agreement – and it did not disappoint.

While our old friend Liam Neeson popped up again in what was one of the most emotional moments of the series, as the characters voted in the historic referendum in 1998, the episode ended by cutting to present-day New York.

We see a mailman knock on the door to a townhouse, explaining that a letter had been addressed to the White House years ago and had finally made its way to the recipient – none other than Chelsea Clinton.

Chelsea takes in the mail with a smile and starts reading the letter that the main characters – Erin (Saoirse), Clare (Nicola), Michelle (Jamie-Lee), Orla (Louisa) and James (Dylan Llewellyn) – wrote her in the final episode of season two.

Writer Lisa McGee previously said of the extended episode: ‘Like all the very best 90s bands, I couldn’t resist ending our farewell tour with an encore for our loyal fans. I’m delighted to say we’ll be returning for one extended special – airing in the same week as our final episode.

‘The special deals with the historic and momentous Good Friday Agreement vote, which coincides with the gang’s coming of age, they enter adulthood just as Northern Ireland embarks on a new future.’

Lisa said that she feels ‘so proud of this show and of our incredible cast and crew and everything we’ve achieved over the past 5 years,’ adding: ‘What a journey it’s been.’

She also expressed her gratitude to Channel 4, thanking the channel for giving her ‘the space to end the stories of these characters that mean so much to me with this special’.

‘I really hope the fans love it as much as I do,’ she said.

‘Derry people aren’t great at saying goodbye so I will instead use one of our native expressions “That’s us away now”, Love Lisa McGee, always a Derry Girl.”’

Derry Girls is available for catch-up on All 4.