After the fifth season of Outlander ended with Claire Fraser (played by Caitriona Balfe) acknowledging she needed time to heal after she was sexually assaulted and Jamie Fraser (Sam Heughan) promising to take care of her, fans are interested to know what is in store for the couple next. The cast have already hinted at new arrivals on Fraser’s Ridge as more settlers arrive in North Carolina ahead of the Revolutionary War. Could this have disastrous consequences for the Frasers and their home?

The American Revolutionary War largely took place in North Carolina amongst many other states in North America.

With Fraser’s Ridge located in North Carolina, it’s likely the family will come close to the fighting and may find soldiers look to use their land as a base.

Jamie star Sam has confirmed there will be settlers on the Ridge but didn’t go into further detail about why they were there.

If they are in fact soldiers and the Ridge is close to battles, the Fraser’s could find they have to abandon their home. 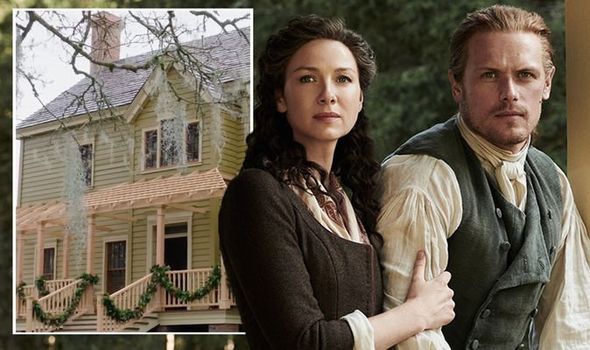 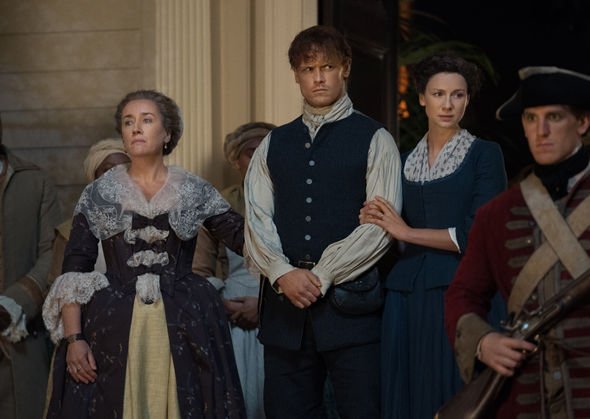 The beloved Big House featured heavily in season five and fans were given an insight into Claire’s surgery where she has healed many of those living on the Ridge.

However, fans believe the house will be destroyed by the end of season six.

Taking to Reddit to theorise about what could be included, one fans remarked: “Definitely some Malva and Tom Christie action.

“Hopefully some beautiful scenes about Claire’s recovery. Possibly even the return of Donner and the burning of Frasers Ridge in the finale?? 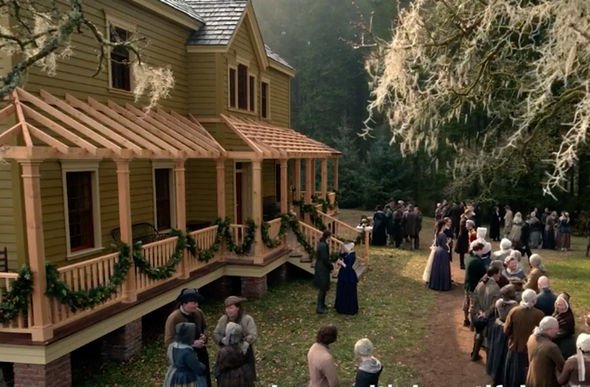 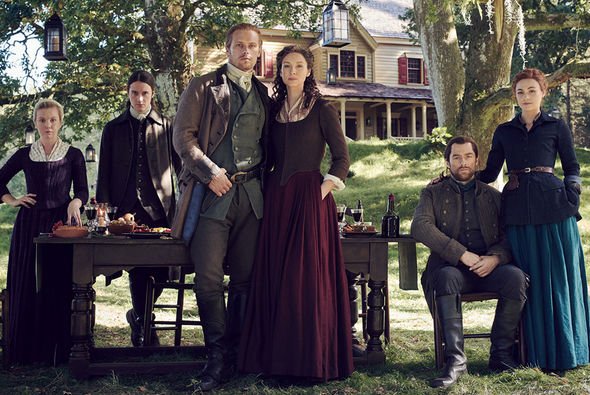 “Whatever happens though it’ll be amazing and finally the end of Droughtlander!!”

Fans of the series know Claire and Jamie’s daughter Brianna (Sophie Skelton) travelled back in time to the 18th century to warn them about a fire they would supposedly die in.

She had found an obituary which detailed the coupe’s death in the 18th Century. The exact date is unknown but it’s believed this storyline will play out in season six.

Fortunately, Claire and Jamie will not actually die but while the obituary confirms the house goes up in flames, the circumstances surrounding the blaze are unknown.

Could it be Claire and Jamie are forced to fake their own deaths or even just narrowly escape?

Another fan posted on Reddit: “Producers also said there would be a big event by the end of the season, which I think will be that small battle close to the end.

“We’ll probably also have Ian’s story, Mandy, some version of Fergus’s struggles maybe (not so sure about this one), the fire at the Big House and I still have a little faith we’ll have some version of the frenchman’s gold storyline.

“I’d bet we won’t have most of the secondary characters: Bobby, Amy, Aidan, Major MacDonald…

“I think I’ll be satisfied with the Bugs. And if we do have Bobby I don’t think he’ll have any connection with LJG.”

Speculation is now underway regarding season seven after the Starz series was renewed for another outing.

It’s believed the seventh series will focus on the events which take place in An Echo in the Bone.

Outlander seasons 1-5 are available to stream on Amazon Prime Video and Starz.