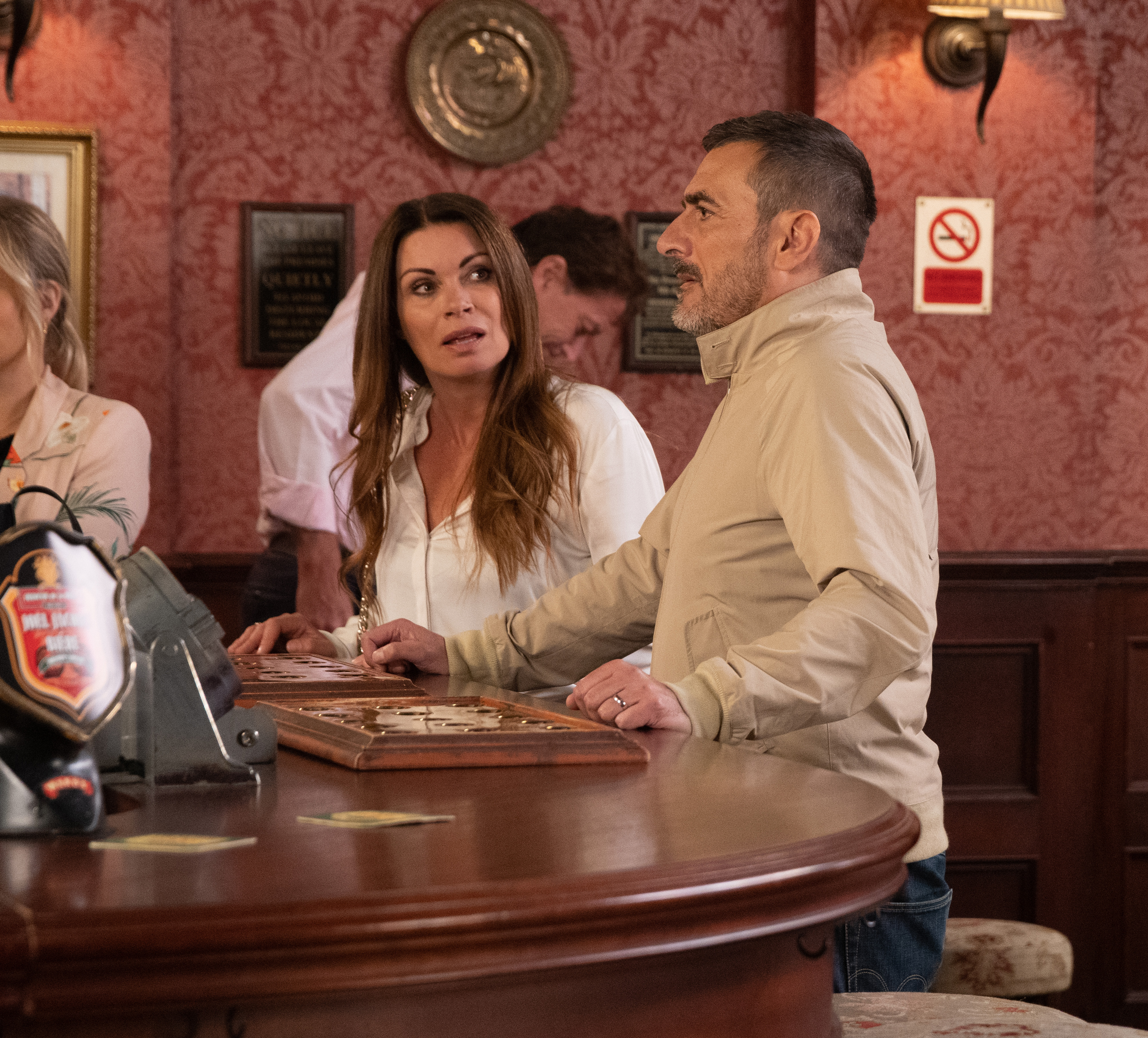 Peter Barlow (Chris Gascoyne) was determined to get revenge on Mr Thorne (Dominic Mafham) after discovering how poorly he behaved before, during and after his liver transplant in Coronation Street.

The storyline was largely about the class system. For Peter, he was angry that a man like Thorne – privileged, rich, and well-educated – could use his higher status to get away with his hideous crimes and continue to look down on a man like Peter – a former alcoholic who works as a taxi driver.

Peter’s life takes another turn in Corrie next week as he meets Griff, Spider’s (Martin Hanock) mate, who has some very…interesting views on big pharmaceutical companies.

Griff lies to his new friend, making out that he didn’t throw a glass bottle at Craig (Colson Smith) as that behaviour is just unacceptable.

Later on, Griff meets Peter and starts lecturing him about his conspiracy theory over the big pharma brands.

When Carla makes it clear that she disapproves of him fraternising with Griff, what will Peter do?

Will he absorb everything Griff has to say and become a conspiracy theorist himself?