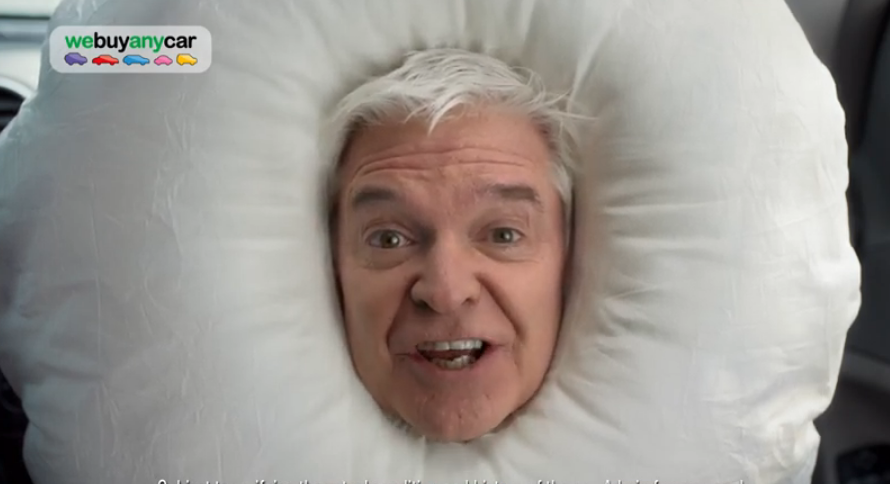 Phillip Schofield’s We Buy Any Car million-pound advertising deal has come to an end after five years.

Eagle-eyed fans noticed that the This Morning presenter was no longer a part of the brand after he was removed from its social media posts following claims he and co-star Holly Willoughby skipped the queue to see the Queen lying in state.

The car buying service has stressed that Schofield’s departure from the business is unrelated to queue-gate.

‘The decision was made prior to any recent stories regarding Phillip.’

Meanwhile, Willoughby has had her Marks & Spencer deal extended.

‘Holly has been amazing for Marks & Spencer and has their full support,’ a source close to the star, who has her own clothing brand at the business, told the Mail Online.

Last month, Schofield and Willoughby addressed their controversial visit to see the Queen lying in state, stressing they had ‘respected’ the rules set for the media.

During the special episode reflecting on the days since the Queen’s death, Willoughby said in a voiceover: ‘Like hundreds of accredited broadcasters and journalists we were given official permission to access the hall.

‘It was strictly for the purpose of reporting on the event for millions of people in the UK who have not been able to visit Westminster in person.

‘The rules were that we would be quickly escorted around the edges to a platform at the back.

‘In contrast, those paying respect walked along a carpeted area beside the coffin and were given time to pause.

‘None of the broadcasters and journalists there took anyone’s place in the queue and no one filed past the Queen. We of course respected those rules.’

She added: ‘However, we realise that it may have looked like something else, and therefore totally understand the reaction. Please know that we would never jump a queue.’

Last week, the chief executive of ITV said Schofield and Willoughby had been “misrepresented” over claims queue jumping claims and said they were safe in their jobs despite an online petition to have them fired.