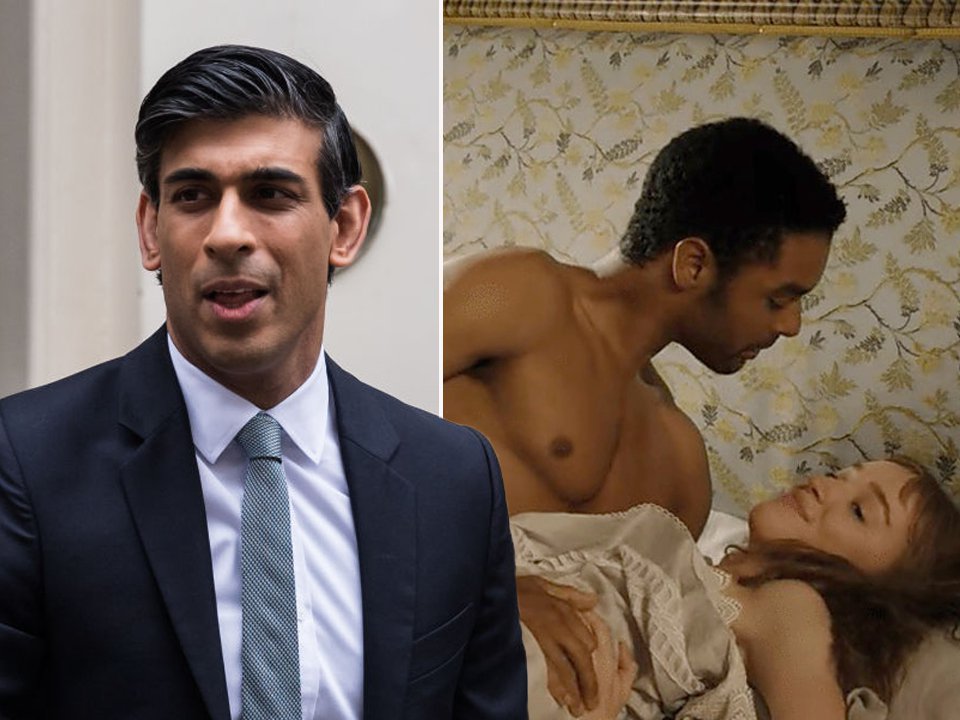 Rishi Sunak somehow spent ‘a lot of time’ bingeing the entire series of Bridgerton during the coronavirus pandemic.

Like superfan Kim Kardashian, the current Chancellor of the Exchequer has been getting his kicks like many of us in lockdown by thirsting over the racy Netflix smash.

Admitting that his viewing habits ‘are probably not quite the same’ as some of his Cabinet colleagues, Mr Sunak discussed what he likes to relax to with some interesting picks.

‘Like Emily In Paris, I’m not sure how many others watched that. I’ll check,’ he told Radio Times.

Mr Sunak recalled watching television as a child, again with some pretty unexpected favourite programmes on his list.

‘We were never allowed to eat in the sitting room, but Saturday nights were the exception,’ he said.

‘We would spread a plastic picnic blanket out and I’d go with my dad to pick up either Pizza Hut or KFC from Portswood in Southampton, and we – Mum, Dad and my younger brother and sister – would eat on this picnic mat and watch The A-Team, Baywatch and Blind Date, which were on one after the other.

‘That was a special part of our growing up.’

Perhaps Mr Sunak is one of the thousands of Bridgeton fans who have threatened to boycott season two following the announcement Rege-Jean Page won’t be returning as the Duke of Hastings, Simon Basset.

He’s also been ruled out of making any appearances in the already confirmed Bridgerton season three and four.

Instead, Jonathan Bailey’s Anthony Bridgerton will take centre stage in the next chapter.

Bridgerton is available to stream on Netflix.