The stand-in This Morning host was talking about the energy bills hike on the ITV show alongside Ruth Langsford when he announced after an ad break he had been reading tweets slamming his view on the subject because he’s “a TV presenter with money”. The 33-year-old went on to explain while he is “lucky” to have his job, the crisis “affects everyone”.

As the show picked up after a break, the former X-Factor star decided to say something to viewers about some of the posts he’d just read.

“Welcome back,” he announced. “I was just looking on Twitter, actually, seeing what people are saying about this energy crisis.

“I should just say this as well, right, this is a very personal thing I’m going to say.

“You get a lot of people sitting there going, ‘What do you know? You’ve got money, you’re a TV presenter,’ and things like that. 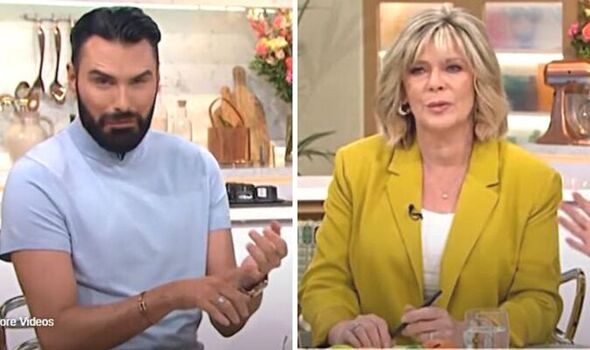 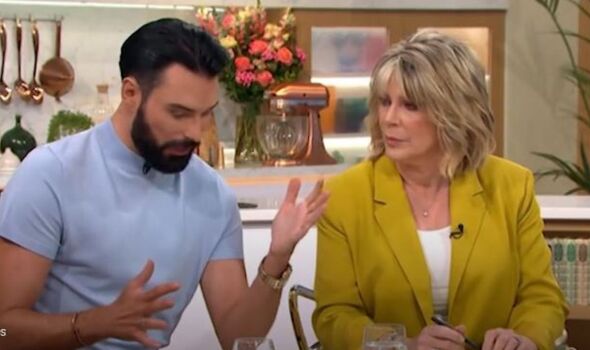 He went on to argue: “Yeah, I’m very lucky that I do my job and I’ve been working in this industry for 10 years now, and I’ve been very clever with my money.

“But this is affecting everyone. It’s going to affect every single person we know!

“It is all very relative, and we’re going to ask those questions and I just think it is absolutely disgusting what is going on at the moment, I really do. 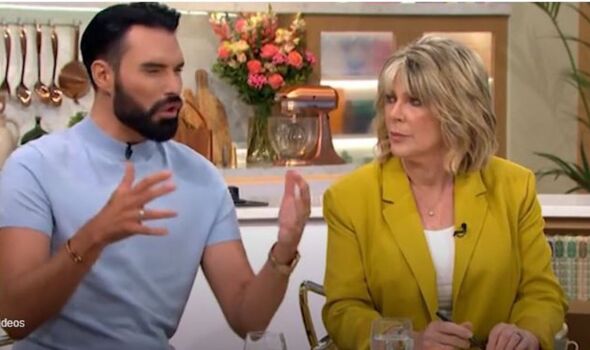 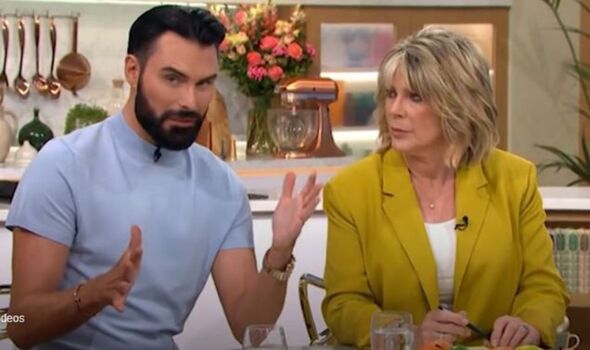 “It’s absolutely disgusting.” Looking over at co-host Ruth, he breathed a sigh of relief.

Ruth agreed with Rylan’s statement, adding she “gets the same” remarks.

Rylan’s comments came soon after he and Ruth spoke to finance expert Martin Lewis, who spoke candidly about the devastating impact the price hikes could have.

The media personality had been agreeing with Martin, stating: “It is disgusting,” before he spotted the online comments.

The conversation came as the latest price increases for October were announced on Friday.

Ofgem has announced the energy price cap will rise to £3,549 from October.

Martin also stated the increase will raise further once again in January next year.

Following Rylan’s speech, ITV viewers posted on social media in support of him, while many others praised his presenting as Friday marked his last day after a week of hosting the show with Ruth.

Twitter user @only1shazza wrote: “I agree. Regardless of income, everyone has family to look after too. Well said

@Rylan. This country is in a major crisis and need our government to take immediate action.

“They’ve found billions for covid so now is the time to find more money for its citizens.”

RachaelQuinn7 echoed this, posting: @Rylan well said, regardless of who you are & what you earn.

“Sensible or not sensible with money, you will be in some way affected by the energy price rises.

“Everyone owns a home & a lifestyle to what they can afford & the increase will most likely mean cuts like anyone else.”

@MISSINGZIGGY added: “Definitely, Ruth and Rylan to be permanent presenters on This Morning! Fab chemistry. And how about Martin Lewis to be the next chancellor….if only!#thismorning.”

“Ruth and Rylan are a pair made in Heaven! So sad they aren’t regular as other than Holly and Phil I can’t stand the others. #thismorning,” @anna2825 tweeted.

GJP1357 penned: “The @thismorning producers are seriously missing a trick if they don’t get Ruth and Rylan presenting in a regular slot. Great chemistry and laughs this week. #thismorning.”

This Morning airs weekdays from 10am on ITV.