Our Farm in the Dales: Matt Baker comforts his mother

Matt, 43, his wife Nicola and the couple’s two children Molly and Luke have been at the centre of a new fly-on-the-wall series on More4. The cameras follow the clan as they work to save his mother and father’s farm as Janice and Michael, respectively, are no longer able to carry out all the duties they once could. However, in the hope to cheer up his parents, the former The One Show host is seen making Janice incredibly emotional in a preview clip from an upcoming episode of Matt Baker: Our Farm in the Dales.

In Wednesday night’s episode, viewers will watch as Matt decides to rejuvenate an old hill garden into something very different.

As the plot of land hasn’t been given attention for what seems to be several years, the father-of-two gets to work on transforming it.

What the presenter does is plant some apple and plum trees to make the once deserted piece of land into an orchard.

Nicola gets involved with the action as she places signs next to each tree and gives them a name, such as “Baker’s Delicious”.

Not realising what their son was up to, both Janice and Michael were over the moon to see what he had accomplished from his project. 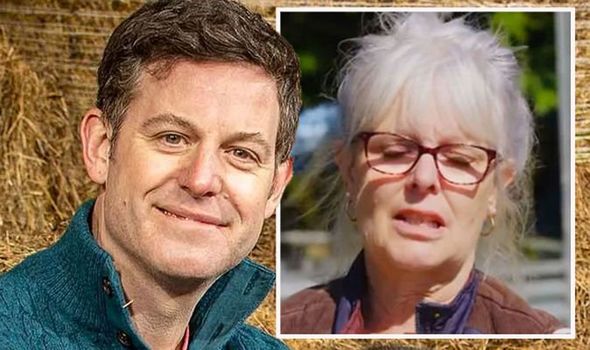 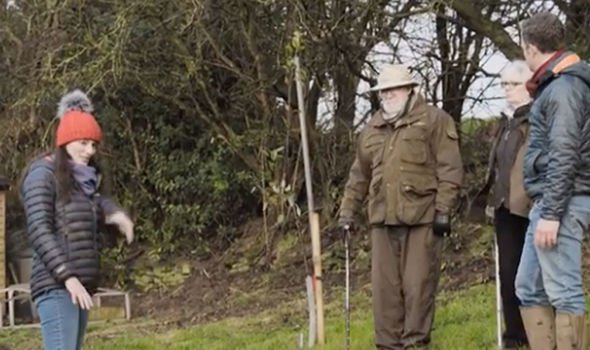 “Brilliant, really lovely, thank you,” Janice says to her son, adding: “After waiting about 30 years, we’ve finally got our little orchard.”

Giving his take on the surprise, Michael remarks: “I love trees, you know that, and to sit in a tranquil place like this where you’ve actually got the fruit of the tree – it couldn’t be better, could it?”

Matt explained to his parents: “Now, you’ve got a place where you can come, walk down there, pick your apples and away you go.”

Nicola told the couple they wouldn’t have to continuously mow the grass, either, rather just cut the path that would be the walkway. 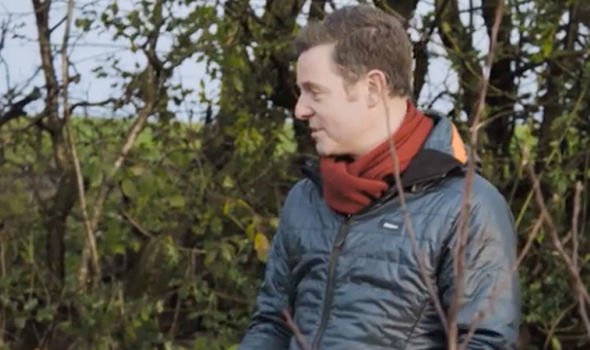 We’ve finally got our little orchard

“When it grows, you should be able to walk through your trees,” Matt’s wife told her in-laws as they looked at the orchard with delight.

Offering up another surprise, the television presenter explained to his parents: “It doesn’t stop there as we have some other trees that are in the process of being grafted and grown.”

The reason the series Our Farm in the Dales came about following Matt’s mother Janice having an incident with a flock of sheep.

Unfortunately, she was trampled on and this led to her sustaining a broken leg and needing a knee replacement. 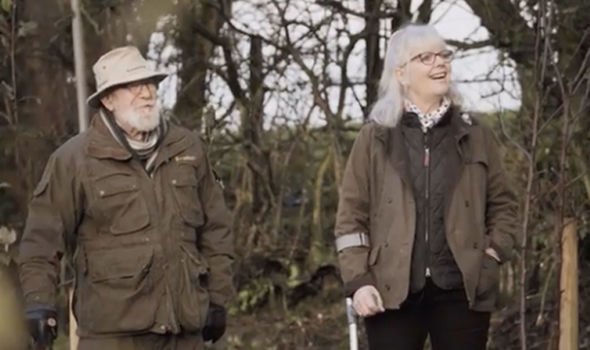 With her recovery paramount, Matt took over the farm and following a consultation with his parents, brought some smaller sheep breeds to ensure an accident Janice was involved in never happened again.

Discussing getting the whole clan involved with the project, Matt explained: “Putting my family on camera was not something we’d ever considered before.

“And I’d never have done it until they were at an age where they could make their own decisions. I’ve been asked by a lot of different production companies and channels to do programmes on the farm, but I needed to be the one overseeing it.

“The family are the most important part of the editing process and anything they’ve been remotely uncomfortable with has gone straight away,” he said in a column for iNews.

It seems viewers at home have been enjoying watching the series as one wrote on Twitter: “Matt Baker must be the perfect man. He’s lovely and he knows how to renovate a goat shed. #OurFarmInTheDales.”

“I love it. #MattBaker and his whole family are so lovely. The donkeys and new sheep in this episode are adorable. #hooked,” they continued.

A third commented: “This is such a heartwarming show. It has the same essence about it as Mortimer and Whitehouse Gone Fishing. #ourfarminthedales.”

Matt Baker: Our Farm in the Dales continues Wednesday at 9pm on More4.